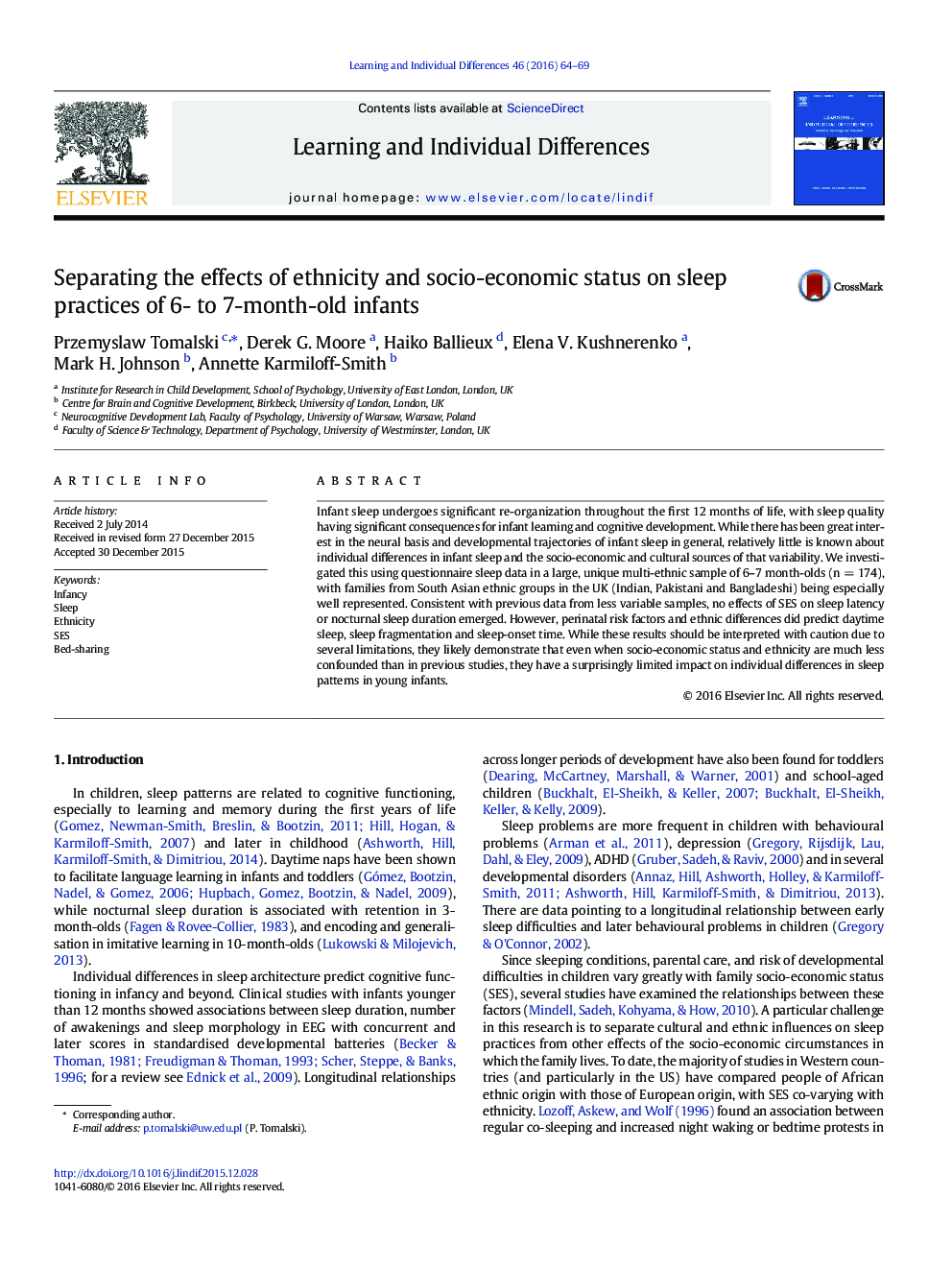 Infant sleep undergoes significant re-organization throughout the first 12 months of life, with sleep quality having significant consequences for infant learning and cognitive development. While there has been great interest in the neural basis and developmental trajectories of infant sleep in general, relatively little is known about individual differences in infant sleep and the socio-economic and cultural sources of that variability. We investigated this using questionnaire sleep data in a large, unique multi-ethnic sample of 6–7 month-olds (n = 174), with families from South Asian ethnic groups in the UK (Indian, Pakistani and Bangladeshi) being especially well represented. Consistent with previous data from less variable samples, no effects of SES on sleep latency or nocturnal sleep duration emerged. However, perinatal risk factors and ethnic differences did predict daytime sleep, sleep fragmentation and sleep-onset time. While these results should be interpreted with caution due to several limitations, they likely demonstrate that even when socio-economic status and ethnicity are much less confounded than in previous studies, they have a surprisingly limited impact on individual differences in sleep patterns in young infants.