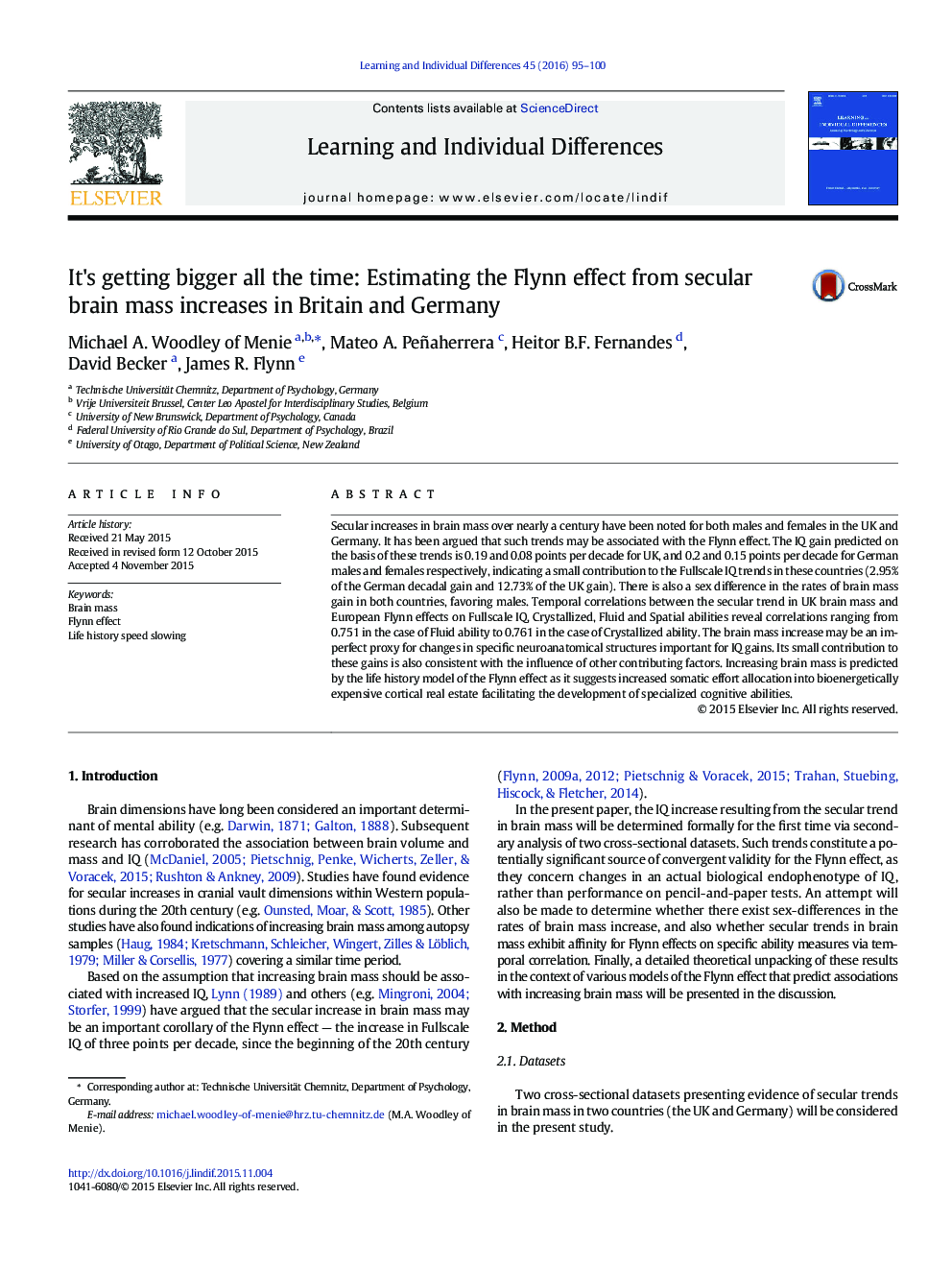 Secular increases in brain mass over nearly a century have been noted for both males and females in the UK and Germany. It has been argued that such trends may be associated with the Flynn effect. The IQ gain predicted on the basis of these trends is 0.19 and 0.08 points per decade for UK, and 0.2 and 0.15 points per decade for German males and females respectively, indicating a small contribution to the Fullscale IQ trends in these countries (2.95% of the German decadal gain and 12.73% of the UK gain). There is also a sex difference in the rates of brain mass gain in both countries, favoring males. Temporal correlations between the secular trend in UK brain mass and European Flynn effects on Fullscale IQ, Crystallized, Fluid and Spatial abilities reveal correlations ranging from 0.751 in the case of Fluid ability to 0.761 in the case of Crystallized ability. The brain mass increase may be an imperfect proxy for changes in specific neuroanatomical structures important for IQ gains. Its small contribution to these gains is also consistent with the influence of other contributing factors. Increasing brain mass is predicted by the life history model of the Flynn effect as it suggests increased somatic effort allocation into bioenergetically expensive cortical real estate facilitating the development of specialized cognitive abilities.