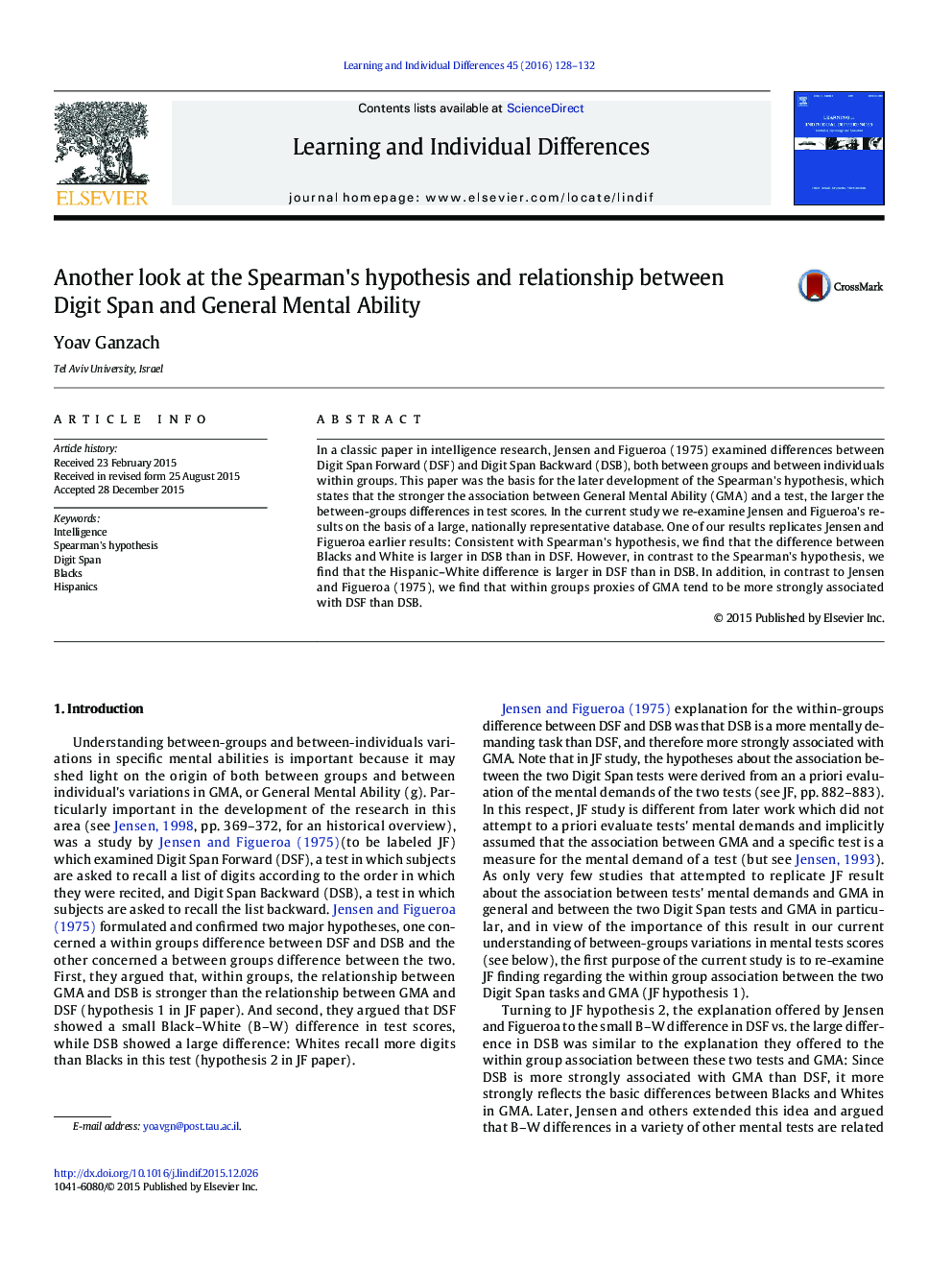 In a classic paper in intelligence research, Jensen and Figueroa (1975) examined differences between Digit Span Forward (DSF) and Digit Span Backward (DSB), both between groups and between individuals within groups. This paper was the basis for the later development of the Spearman's hypothesis, which states that the stronger the association between General Mental Ability (GMA) and a test, the larger the between-groups differences in test scores. In the current study we re-examine Jensen and Figueroa's results on the basis of a large, nationally representative database. One of our results replicates Jensen and Figueroa earlier results: Consistent with Spearman's hypothesis, we find that the difference between Blacks and White is larger in DSB than in DSF. However, in contrast to the Spearman's hypothesis, we find that the Hispanic–White difference is larger in DSF than in DSB. In addition, in contrast to Jensen and Figueroa (1975), we find that within groups proxies of GMA tend to be more strongly associated with DSF than DSB.