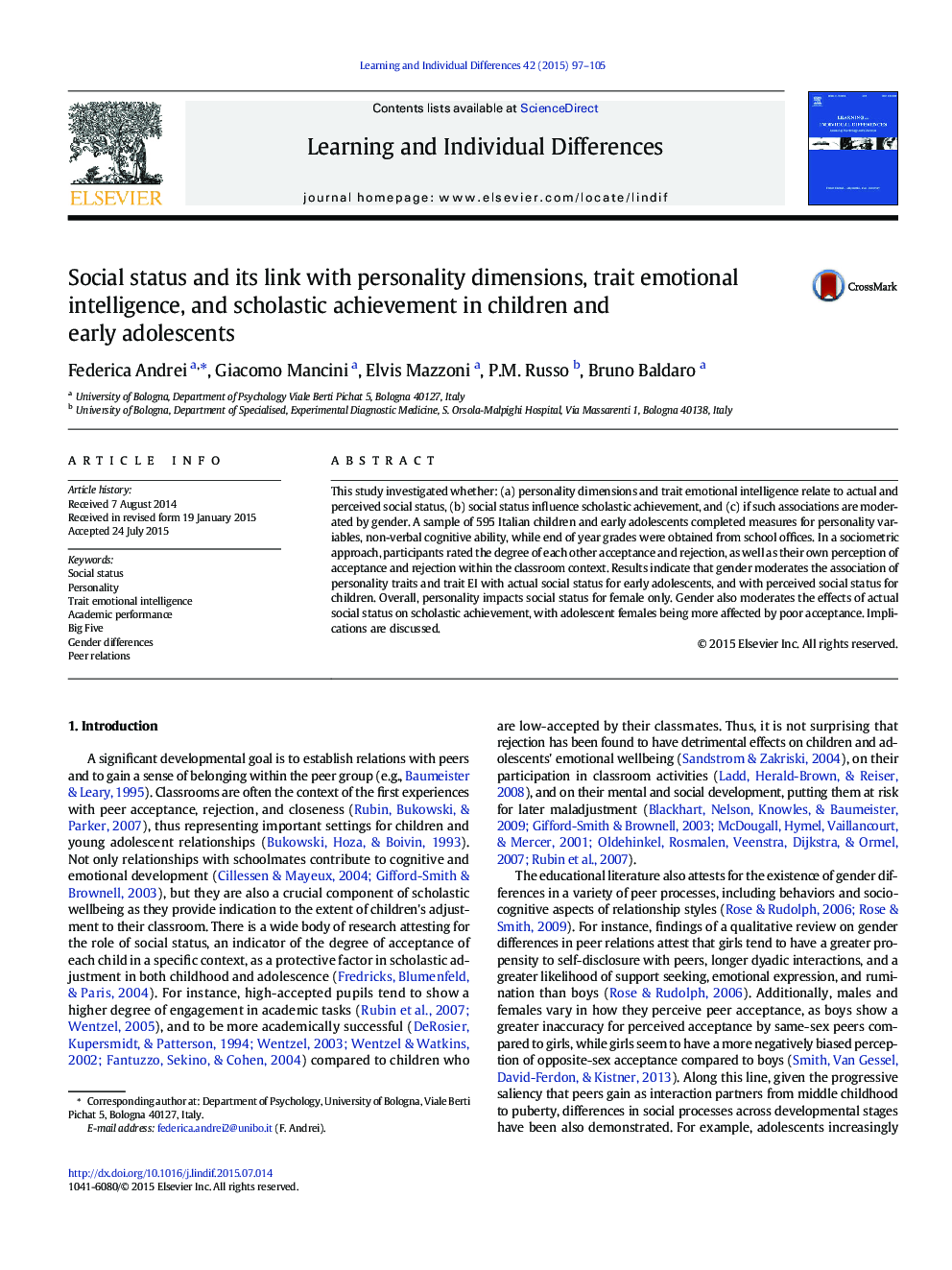 This study investigated whether: (a) personality dimensions and trait emotional intelligence relate to actual and perceived social status, (b) social status influence scholastic achievement, and (c) if such associations are moderated by gender. A sample of 595 Italian children and early adolescents completed measures for personality variables, non-verbal cognitive ability, while end of year grades were obtained from school offices. In a sociometric approach, participants rated the degree of each other acceptance and rejection, as well as their own perception of acceptance and rejection within the classroom context. Results indicate that gender moderates the association of personality traits and trait EI with actual social status for early adolescents, and with perceived social status for children. Overall, personality impacts social status for female only. Gender also moderates the effects of actual social status on scholastic achievement, with adolescent females being more affected by poor acceptance. Implications are discussed.