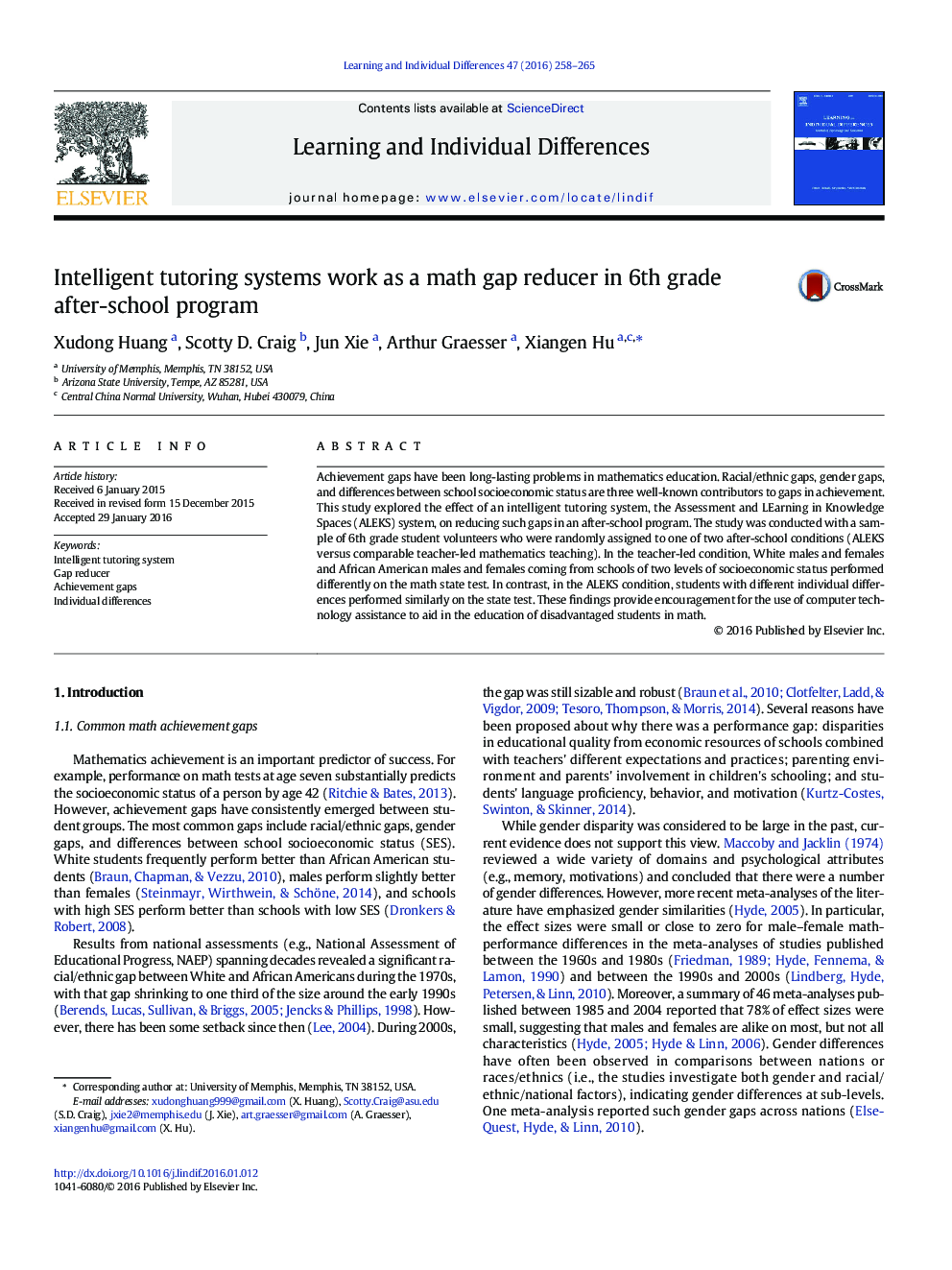 • Our study found the effect of ITS to reduce learning gaps between advantaged and disadvantaged groups.
• In contrast to ITS-taught students, teacher-taught students showed achievement gaps after training.
• ITS works to completely replace human teaching, therefore the positive effect found can be attributed directly to ITS.
• Three learning gaps were investigated simultaneously to reflect the realistic context of diverse student achievement.

Achievement gaps have been long-lasting problems in mathematics education. Racial/ethnic gaps, gender gaps, and differences between school socioeconomic status are three well-known contributors to gaps in achievement. This study explored the effect of an intelligent tutoring system, the Assessment and LEarning in Knowledge Spaces (ALEKS) system, on reducing such gaps in an after-school program. The study was conducted with a sample of 6th grade student volunteers who were randomly assigned to one of two after-school conditions (ALEKS versus comparable teacher-led mathematics teaching). In the teacher-led condition, White males and females and African American males and females coming from schools of two levels of socioeconomic status performed differently on the math state test. In contrast, in the ALEKS condition, students with different individual differences performed similarly on the state test. These findings provide encouragement for the use of computer technology assistance to aid in the education of disadvantaged students in math.