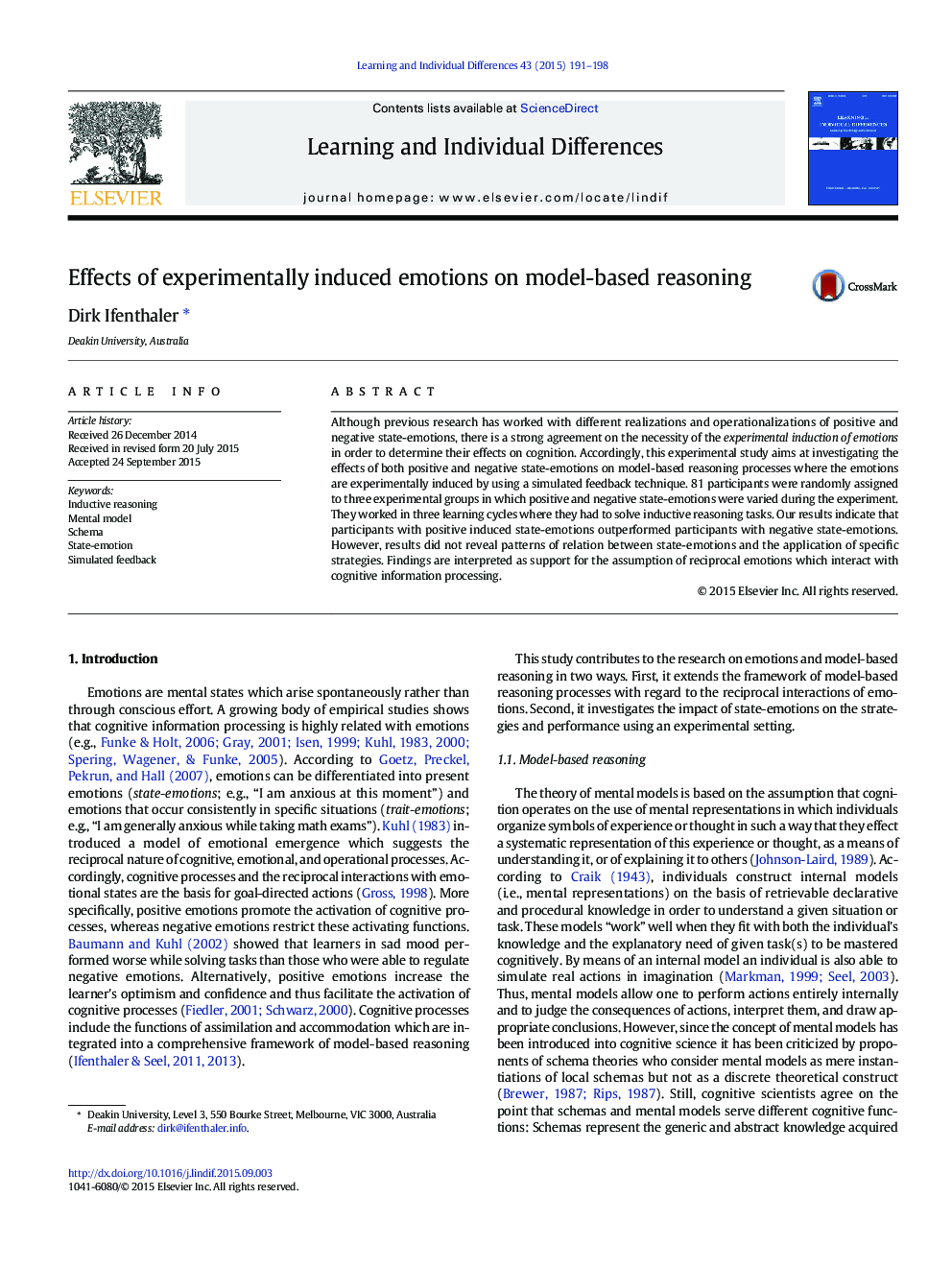 • Results show that the experimental induction of state-emotions was successful.
• Findings are a strong support for the assumption of reciprocal emotions which interact with cognitive processes.
• The present study confirms the fact that inductive reasoning is a hard problem for individuals.