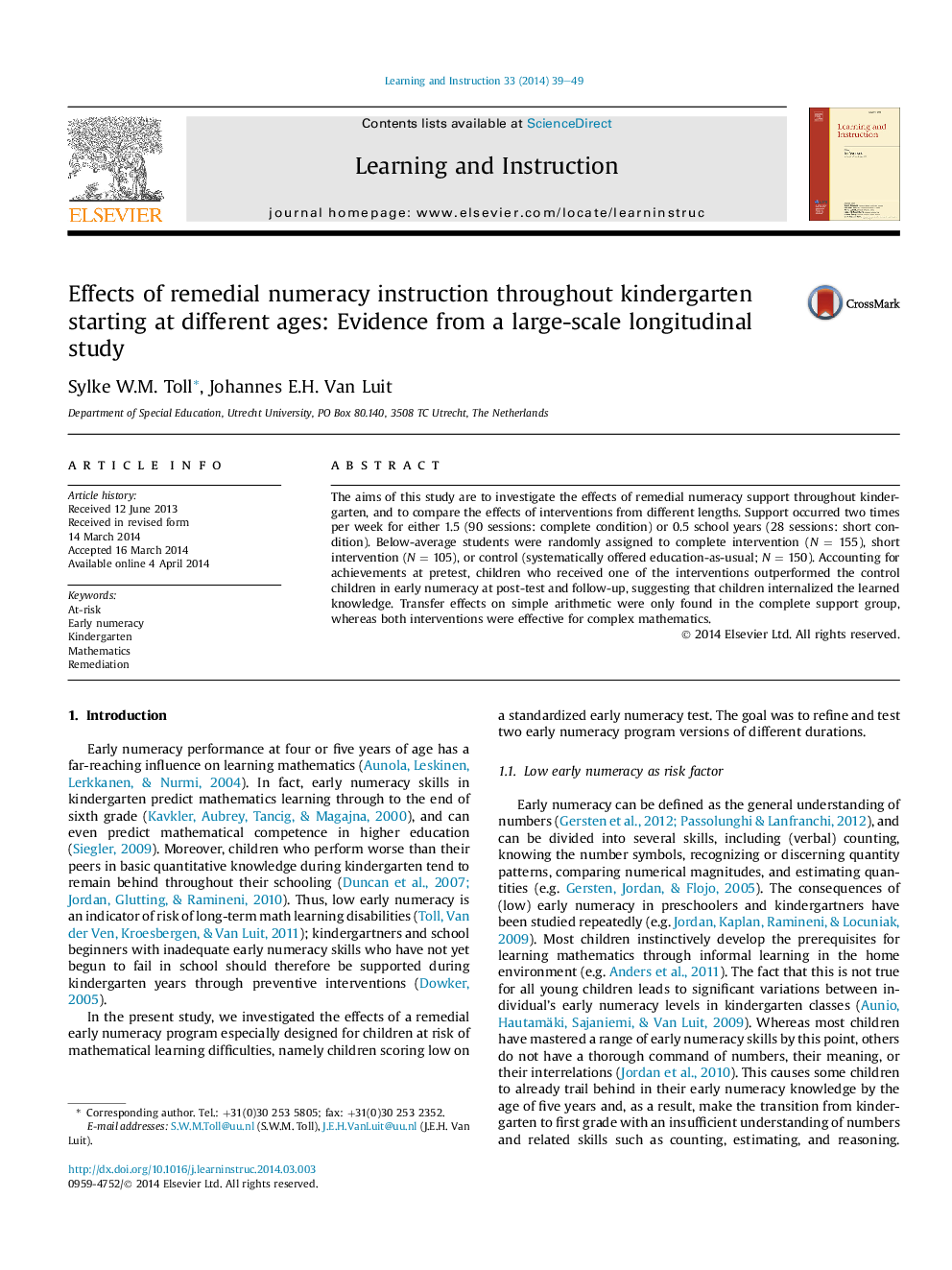 • 1040 children were screened for low early numeracy at the start of kindergarten.
• 260 at-risk children were offered two versions of a remedial intervention program.
• Children receiving one of the interventions outperformed the controls at posttest.
• Structural support was in general more effective than time-limited support.
• Positive effects were found for both poor achievers and below average children.

The aims of this study are to investigate the effects of remedial numeracy support throughout kindergarten, and to compare the effects of interventions from different lengths. Support occurred two times per week for either 1.5 (90 sessions: complete condition) or 0.5 school years (28 sessions: short condition). Below-average students were randomly assigned to complete intervention (N = 155), short intervention (N = 105), or control (systematically offered education-as-usual; N = 150). Accounting for achievements at pretest, children who received one of the interventions outperformed the control children in early numeracy at post-test and follow-up, suggesting that children internalized the learned knowledge. Transfer effects on simple arithmetic were only found in the complete support group, whereas both interventions were effective for complex mathematics.