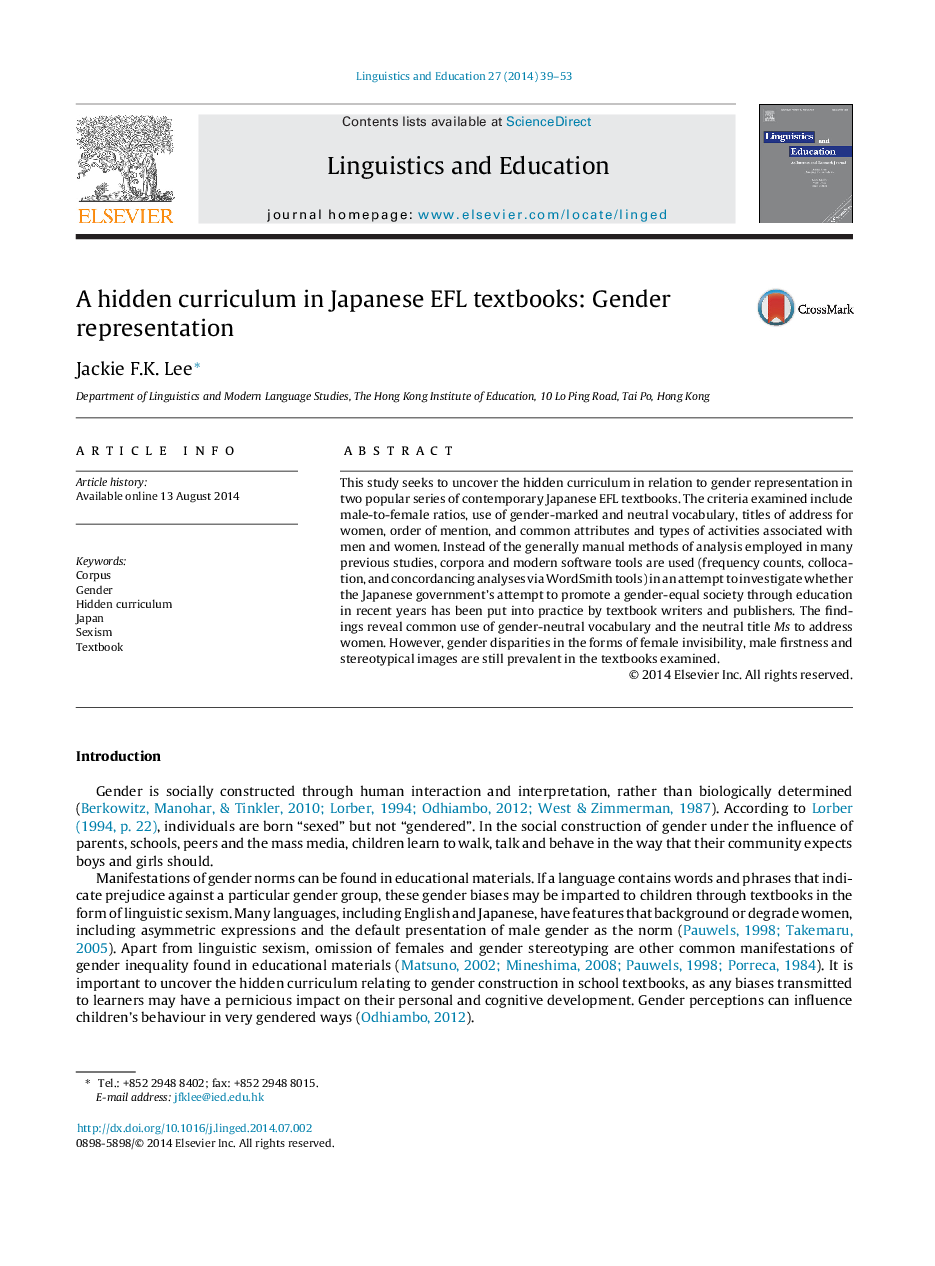 This study seeks to uncover the hidden curriculum in relation to gender representation in two popular series of contemporary Japanese EFL textbooks. The criteria examined include male-to-female ratios, use of gender-marked and neutral vocabulary, titles of address for women, order of mention, and common attributes and types of activities associated with men and women. Instead of the generally manual methods of analysis employed in many previous studies, corpora and modern software tools are used (frequency counts, collocation, and concordancing analyses via WordSmith tools) in an attempt to investigate whether the Japanese government's attempt to promote a gender-equal society through education in recent years has been put into practice by textbook writers and publishers. The findings reveal common use of gender-neutral vocabulary and the neutral title Ms to address women. However, gender disparities in the forms of female invisibility, male firstness and stereotypical images are still prevalent in the textbooks examined.