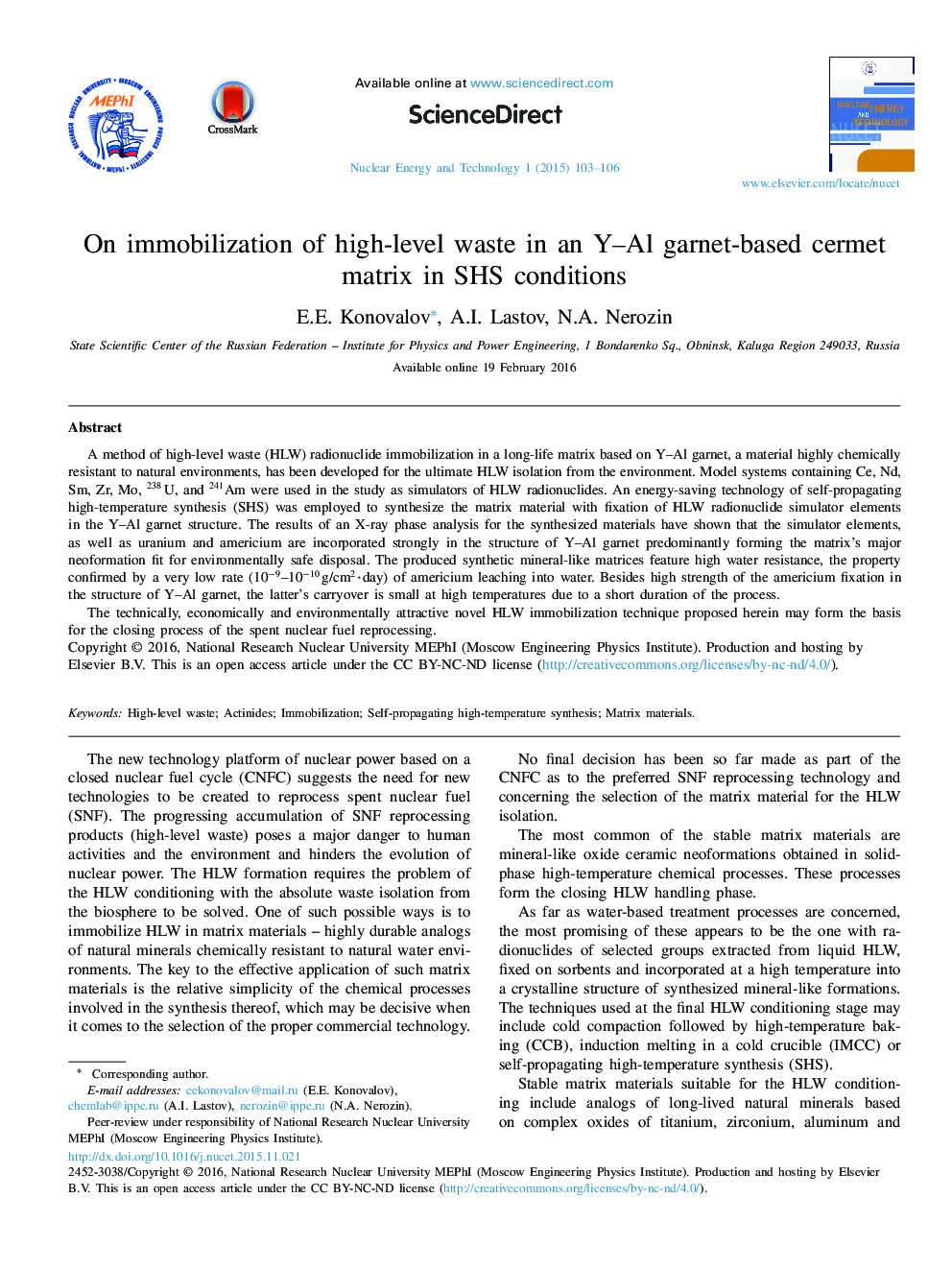 A method of high-level waste (HLW) radionuclide immobilization in a long-life matrix based on Y–Al garnet, a material highly chemically resistant to natural environments, has been developed for the ultimate HLW isolation from the environment. Model systems containing Ce, Nd, Sm, Zr, Mo, 238 U, and 241Am were used in the study as simulators of HLW radionuclides. An energy-saving technology of self-propagating high-temperature synthesis (SHS) was employed to synthesize the matrix material with fixation of HLW radionuclide simulator elements in the Y–Al garnet structure. The results of an X-ray phase analysis for the synthesized materials have shown that the simulator elements, as well as uranium and americium are incorporated strongly in the structure of Y–Al garnet predominantly forming the matrix's major neoformation fit for environmentally safe disposal. The produced synthetic mineral-like matrices feature high water resistance, the property confirmed by a very low rate (10−9–10−10 g/cm2⋅day) of americium leaching into water. Besides high strength of the americium fixation in the structure of Y–Al garnet, the latter's carryover is small at high temperatures due to a short duration of the process.The technically, economically and environmentally attractive novel HLW immobilization technique proposed herein may form the basis for the closing process of the spent nuclear fuel reprocessing.