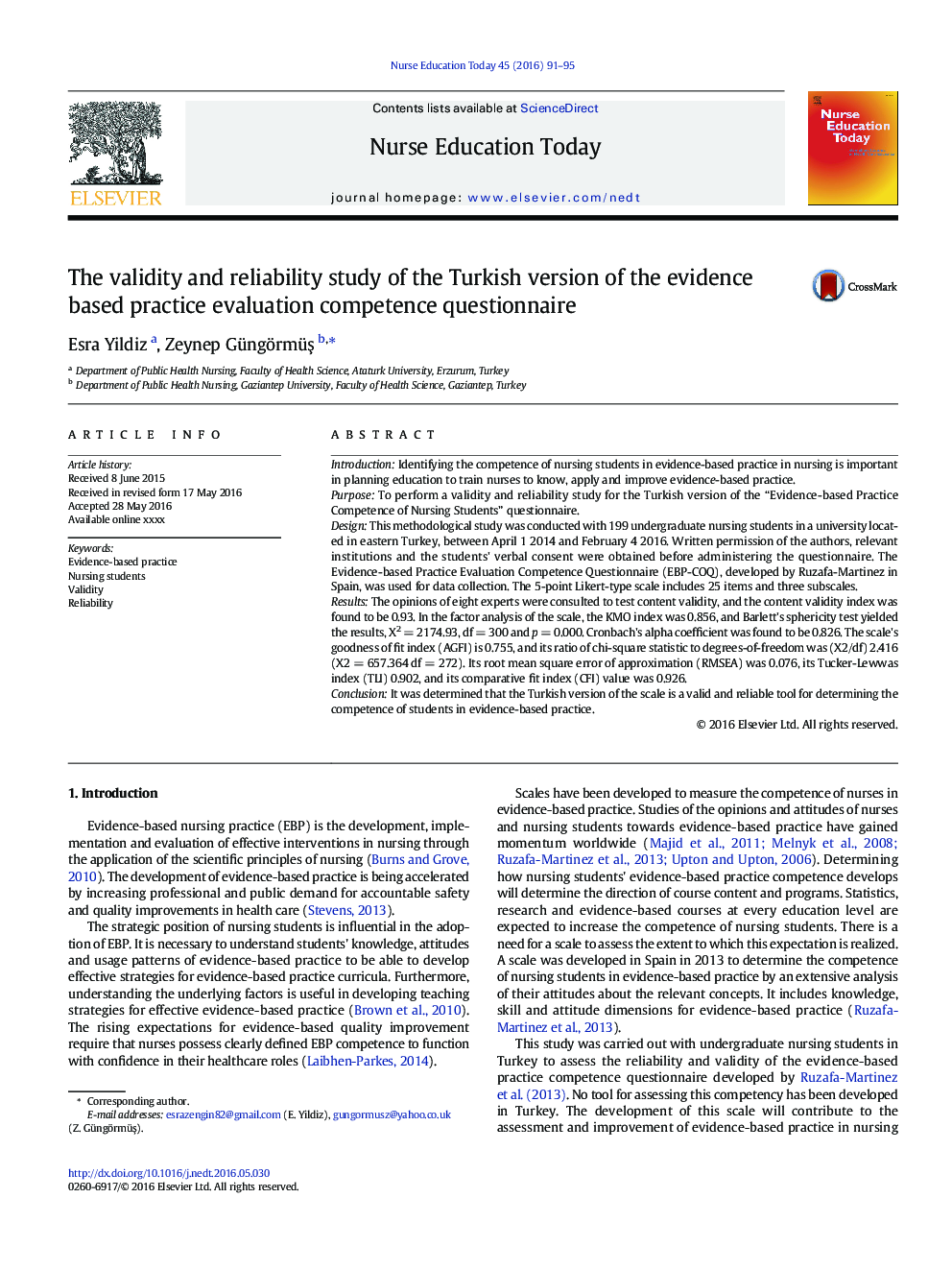 IntroductionIdentifying the competence of nursing students in evidence-based practice in nursing is important in planning education to train nurses to know, apply and improve evidence-based practice.PurposeTo perform a validity and reliability study for the Turkish version of the “Evidence-based Practice Competence of Nursing Students” questionnaire.DesignThis methodological study was conducted with 199 undergraduate nursing students in a university located in eastern Turkey, between April 1 2014 and February 4 2016. Written permission of the authors, relevant institutions and the students' verbal consent were obtained before administering the questionnaire. The Evidence-based Practice Evaluation Competence Questionnaire (EBP-COQ), developed by Ruzafa-Martinez in Spain, was used for data collection. The 5-point Likert-type scale includes 25 items and three subscales.ResultsThe opinions of eight experts were consulted to test content validity, and the content validity index was found to be 0.93. In the factor analysis of the scale, the KMO index was 0.856, and Barlett's sphericity test yielded the results, X2 = 2174.93, df = 300 and p = 0.000. Cronbach's alpha coefficient was found to be 0.826. The scale's goodness of fit index (AGFI) is 0.755, and its ratio of chi-square statistic to degrees-of-freedom was (X2/df) 2.416 (X2 = 657.364 df = 272). Its root mean square error of approximation (RMSEA) was 0.076, its Tucker-Lewwas index (TLI) 0.902, and its comparative fit index (CFI) value was 0.926.ConclusionIt was determined that the Turkish version of the scale is a valid and reliable tool for determining the competence of students in evidence-based practice.