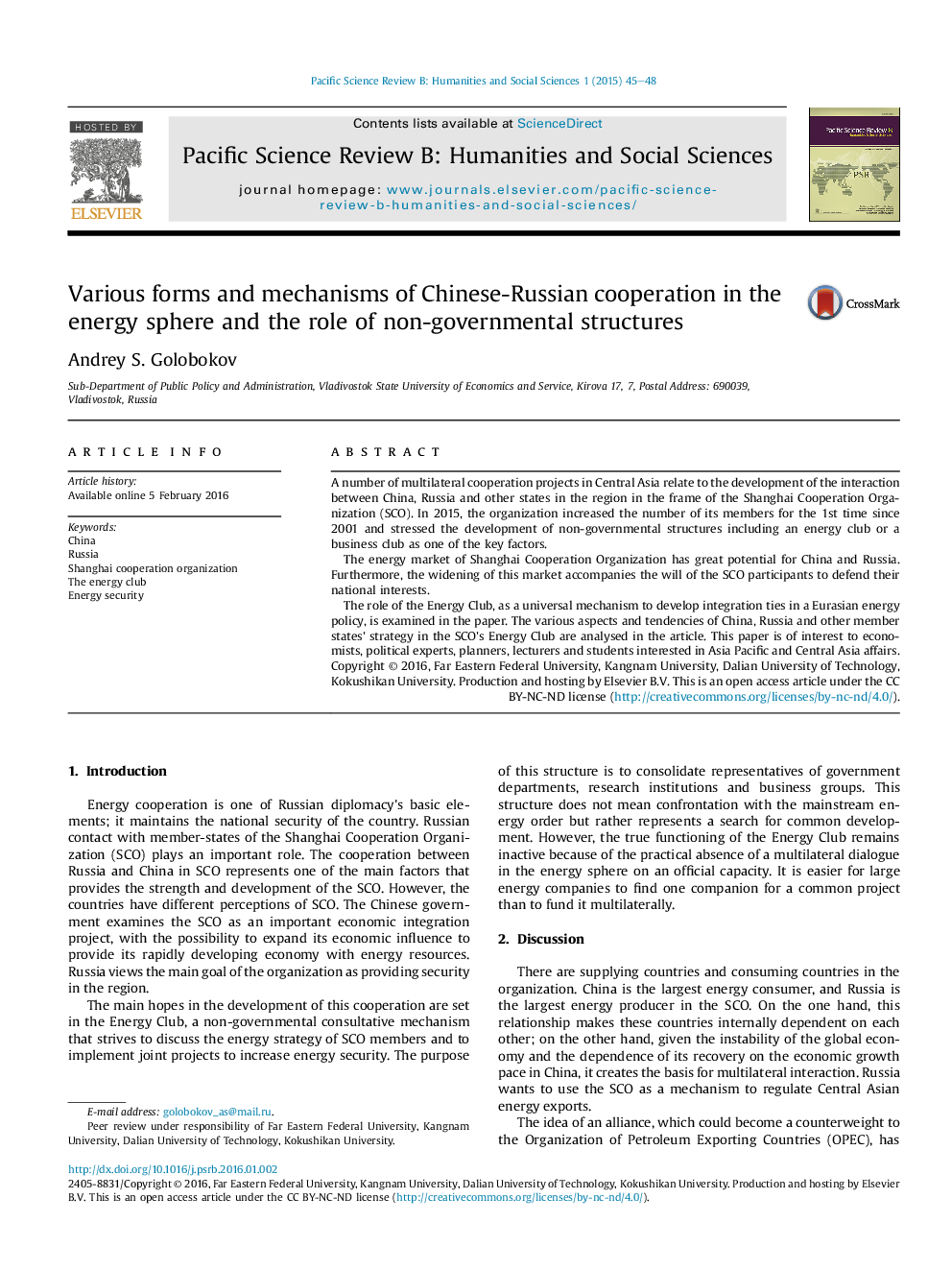 A number of multilateral cooperation projects in Central Asia relate to the development of the interaction between China, Russia and other states in the region in the frame of the Shanghai Cooperation Organization (SCO). In 2015, the organization increased the number of its members for the 1st time since 2001 and stressed the development of non-governmental structures including an energy club or a business club as one of the key factors.The energy market of Shanghai Cooperation Organization has great potential for China and Russia. Furthermore, the widening of this market accompanies the will of the SCO participants to defend their national interests.The role of the Energy Club, as a universal mechanism to develop integration ties in a Eurasian energy policy, is examined in the paper. The various aspects and tendencies of China, Russia and other member states' strategy in the SCO's Energy Club are analysed in the article. This paper is of interest to economists, political experts, planners, lecturers and students interested in Asia Pacific and Central Asia affairs.