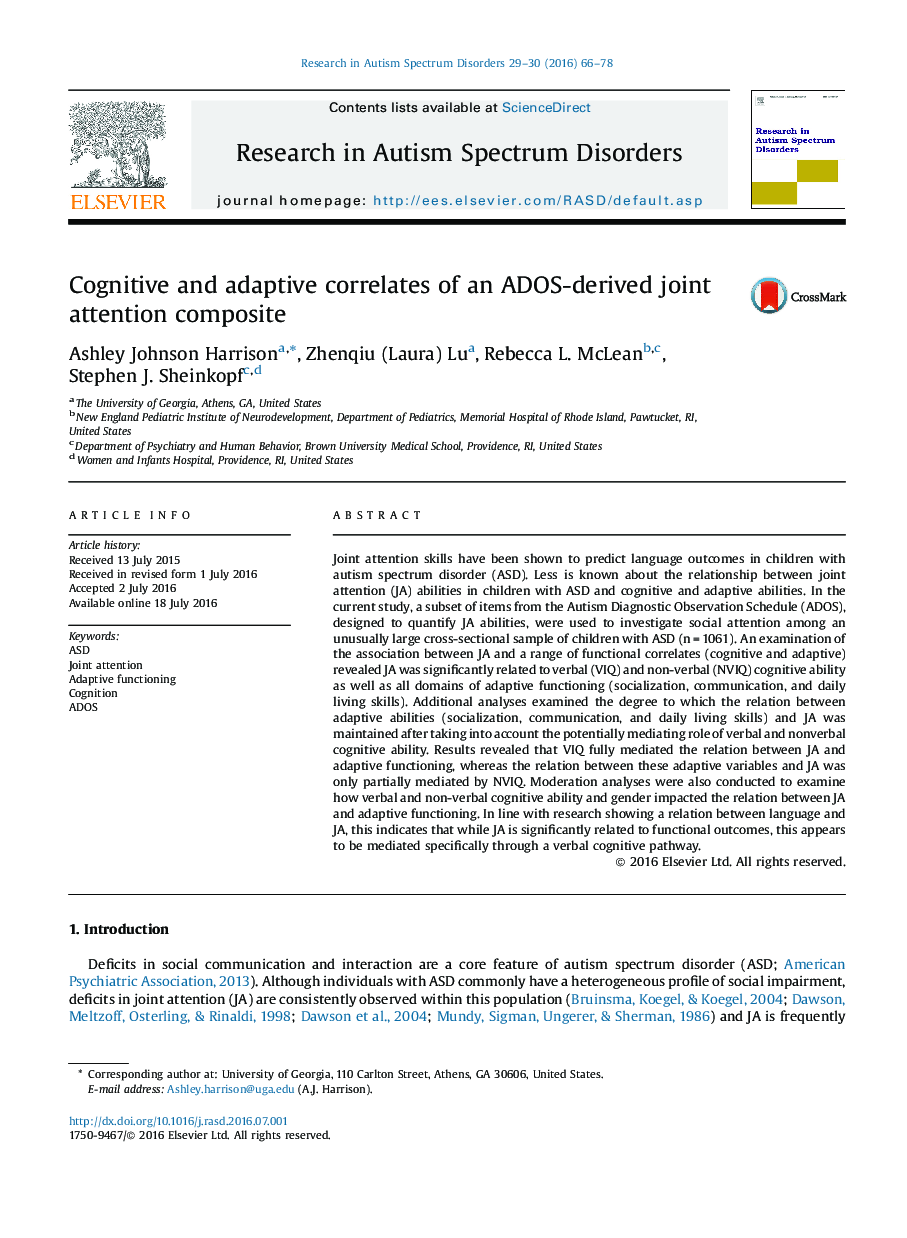 Joint attention skills have been shown to predict language outcomes in children with autism spectrum disorder (ASD). Less is known about the relationship between joint attention (JA) abilities in children with ASD and cognitive and adaptive abilities. In the current study, a subset of items from the Autism Diagnostic Observation Schedule (ADOS), designed to quantify JA abilities, were used to investigate social attention among an unusually large cross-sectional sample of children with ASD (n = 1061). An examination of the association between JA and a range of functional correlates (cognitive and adaptive) revealed JA was significantly related to verbal (VIQ) and non-verbal (NVIQ) cognitive ability as well as all domains of adaptive functioning (socialization, communication, and daily living skills). Additional analyses examined the degree to which the relation between adaptive abilities (socialization, communication, and daily living skills) and JA was maintained after taking into account the potentially mediating role of verbal and nonverbal cognitive ability. Results revealed that VIQ fully mediated the relation between JA and adaptive functioning, whereas the relation between these adaptive variables and JA was only partially mediated by NVIQ. Moderation analyses were also conducted to examine how verbal and non-verbal cognitive ability and gender impacted the relation between JA and adaptive functioning. In line with research showing a relation between language and JA, this indicates that while JA is significantly related to functional outcomes, this appears to be mediated specifically through a verbal cognitive pathway.