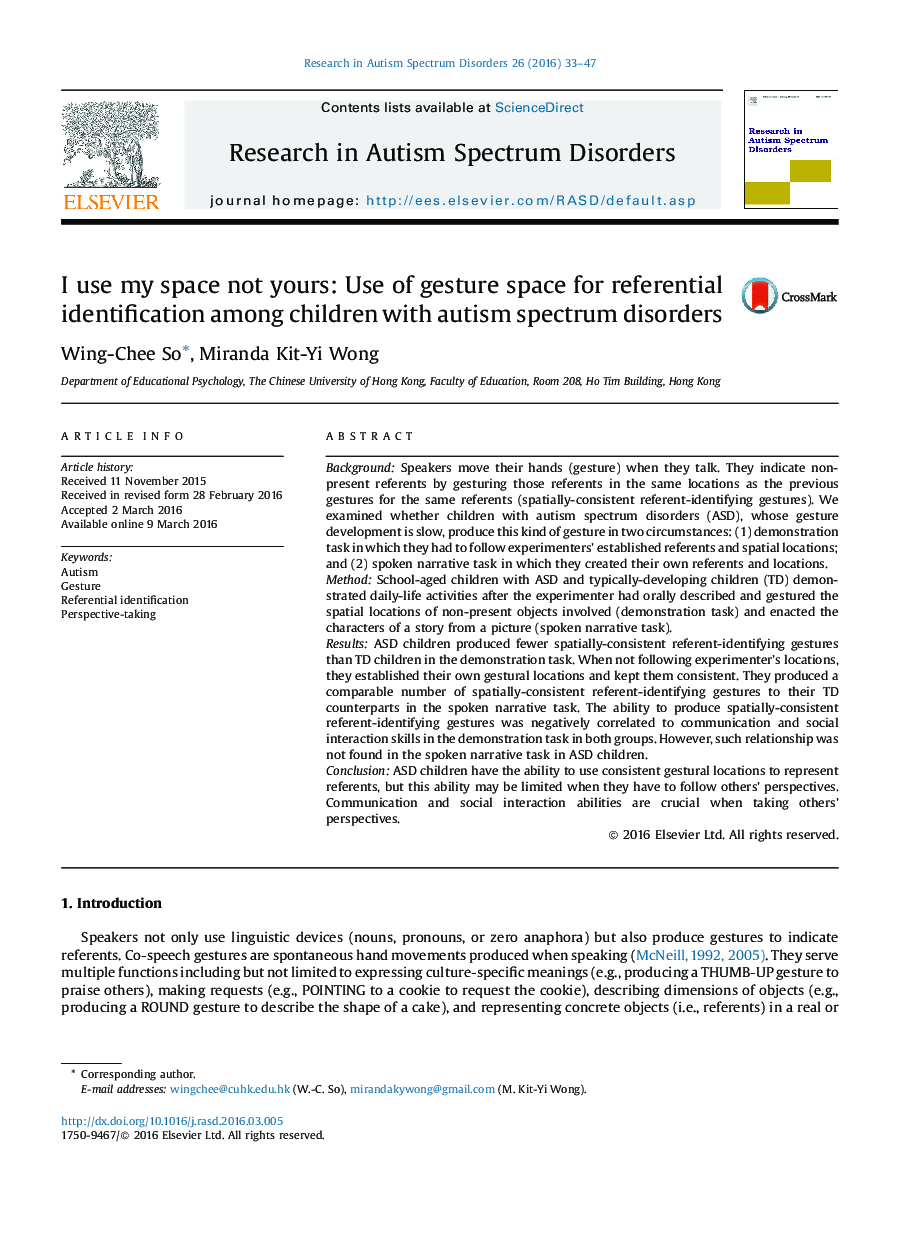 • Gestures identify referents when they are coherent with the established locations.
• Children with ASD have the ability to produce referent-identifying gestures (RIG).
• These children are as capable as TD children in producing RIG in spoken narratives.
• But this ability may be limited when it is necessary to take others perspectives.
• This ability is related to children’s communication and social interaction skills.

BackgroundSpeakers move their hands (gesture) when they talk. They indicate non-present referents by gesturing those referents in the same locations as the previous gestures for the same referents (spatially-consistent referent-identifying gestures). We examined whether children with autism spectrum disorders (ASD), whose gesture development is slow, produce this kind of gesture in two circumstances: (1) demonstration task in which they had to follow experimenters’ established referents and spatial locations; and (2) spoken narrative task in which they created their own referents and locations.MethodSchool-aged children with ASD and typically-developing children (TD) demonstrated daily-life activities after the experimenter had orally described and gestured the spatial locations of non-present objects involved (demonstration task) and enacted the characters of a story from a picture (spoken narrative task).ResultsASD children produced fewer spatially-consistent referent-identifying gestures than TD children in the demonstration task. When not following experimenter’s locations, they established their own gestural locations and kept them consistent. They produced a comparable number of spatially-consistent referent-identifying gestures to their TD counterparts in the spoken narrative task. The ability to produce spatially-consistent referent-identifying gestures was negatively correlated to communication and social interaction skills in the demonstration task in both groups. However, such relationship was not found in the spoken narrative task in ASD children.ConclusionASD children have the ability to use consistent gestural locations to represent referents, but this ability may be limited when they have to follow others’ perspectives. Communication and social interaction abilities are crucial when taking others’ perspectives.