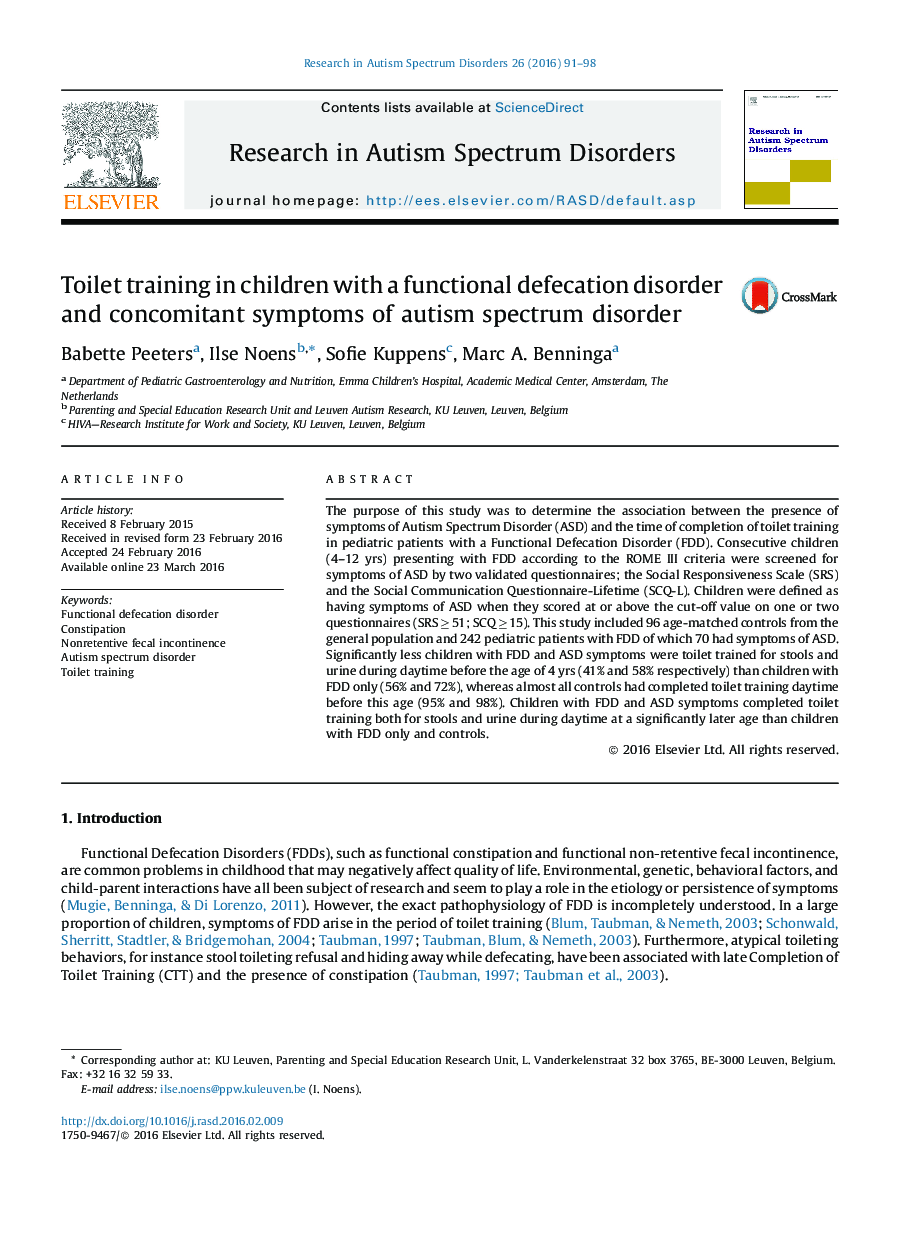 The purpose of this study was to determine the association between the presence of symptoms of Autism Spectrum Disorder (ASD) and the time of completion of toilet training in pediatric patients with a Functional Defecation Disorder (FDD). Consecutive children (4–12 yrs) presenting with FDD according to the ROME III criteria were screened for symptoms of ASD by two validated questionnaires; the Social Responsiveness Scale (SRS) and the Social Communication Questionnaire-Lifetime (SCQ-L). Children were defined as having symptoms of ASD when they scored at or above the cut-off value on one or two questionnaires (SRS ≥ 51; SCQ ≥ 15). This study included 96 age-matched controls from the general population and 242 pediatric patients with FDD of which 70 had symptoms of ASD. Significantly less children with FDD and ASD symptoms were toilet trained for stools and urine during daytime before the age of 4 yrs (41% and 58% respectively) than children with FDD only (56% and 72%), whereas almost all controls had completed toilet training daytime before this age (95% and 98%). Children with FDD and ASD symptoms completed toilet training both for stools and urine during daytime at a significantly later age than children with FDD only and controls.