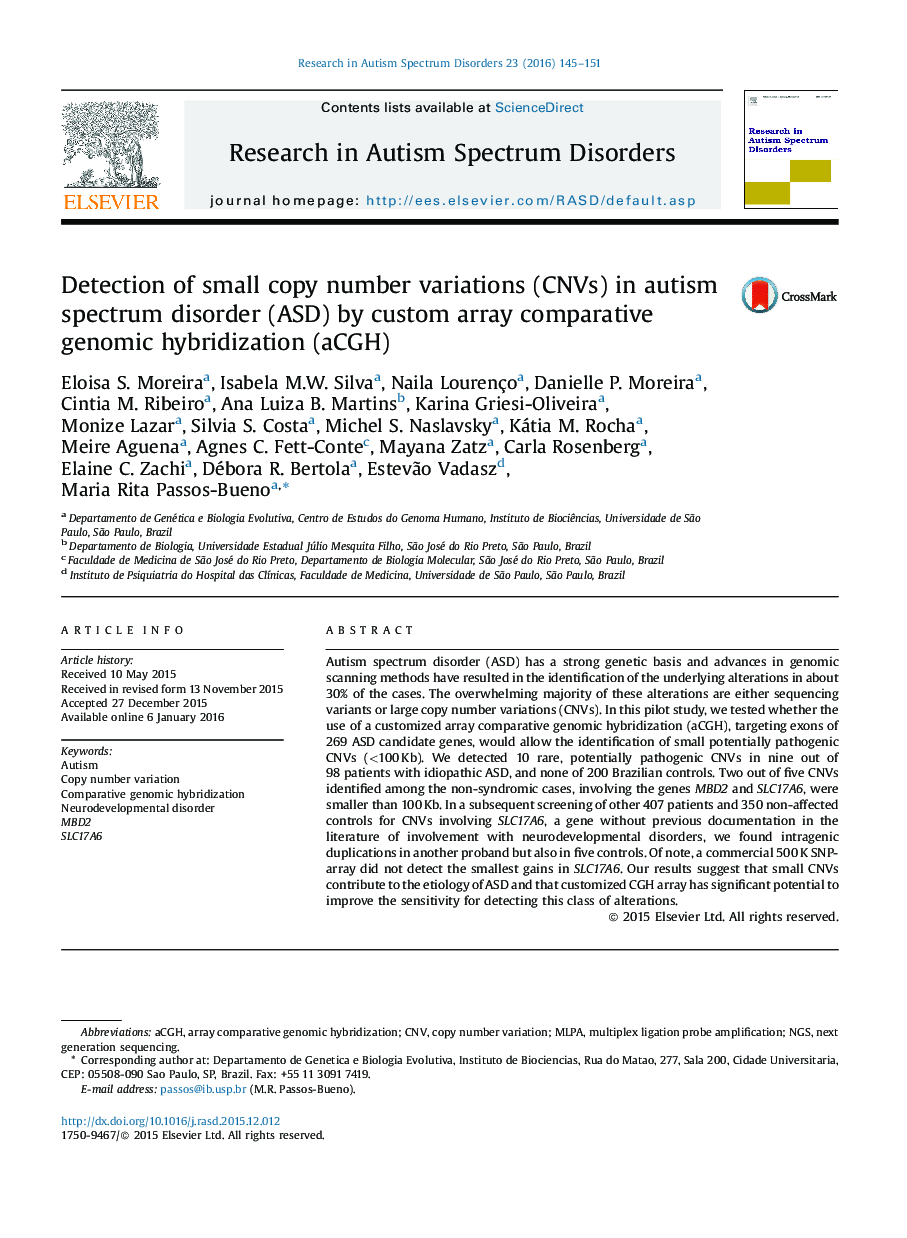 • Prevalence of rare, potentially pathogenic CNVs was 9% in an idiopathic ASD cohort.
• Forty percent of the CNVs detected in the non-syndromic cases were small (<100 Kb).
• The smallest alterations were not detected by a high-density SNP-array (500 K).

Autism spectrum disorder (ASD) has a strong genetic basis and advances in genomic scanning methods have resulted in the identification of the underlying alterations in about 30% of the cases. The overwhelming majority of these alterations are either sequencing variants or large copy number variations (CNVs). In this pilot study, we tested whether the use of a customized array comparative genomic hybridization (aCGH), targeting exons of 269 ASD candidate genes, would allow the identification of small potentially pathogenic CNVs (<100 Kb). We detected 10 rare, potentially pathogenic CNVs in nine out of 98 patients with idiopathic ASD, and none of 200 Brazilian controls. Two out of five CNVs identified among the non-syndromic cases, involving the genes MBD2 and SLC17A6, were smaller than 100 Kb. In a subsequent screening of other 407 patients and 350 non-affected controls for CNVs involving SLC17A6, a gene without previous documentation in the literature of involvement with neurodevelopmental disorders, we found intragenic duplications in another proband but also in five controls. Of note, a commercial 500 K SNP-array did not detect the smallest gains in SLC17A6. Our results suggest that small CNVs contribute to the etiology of ASD and that customized CGH array has significant potential to improve the sensitivity for detecting this class of alterations.