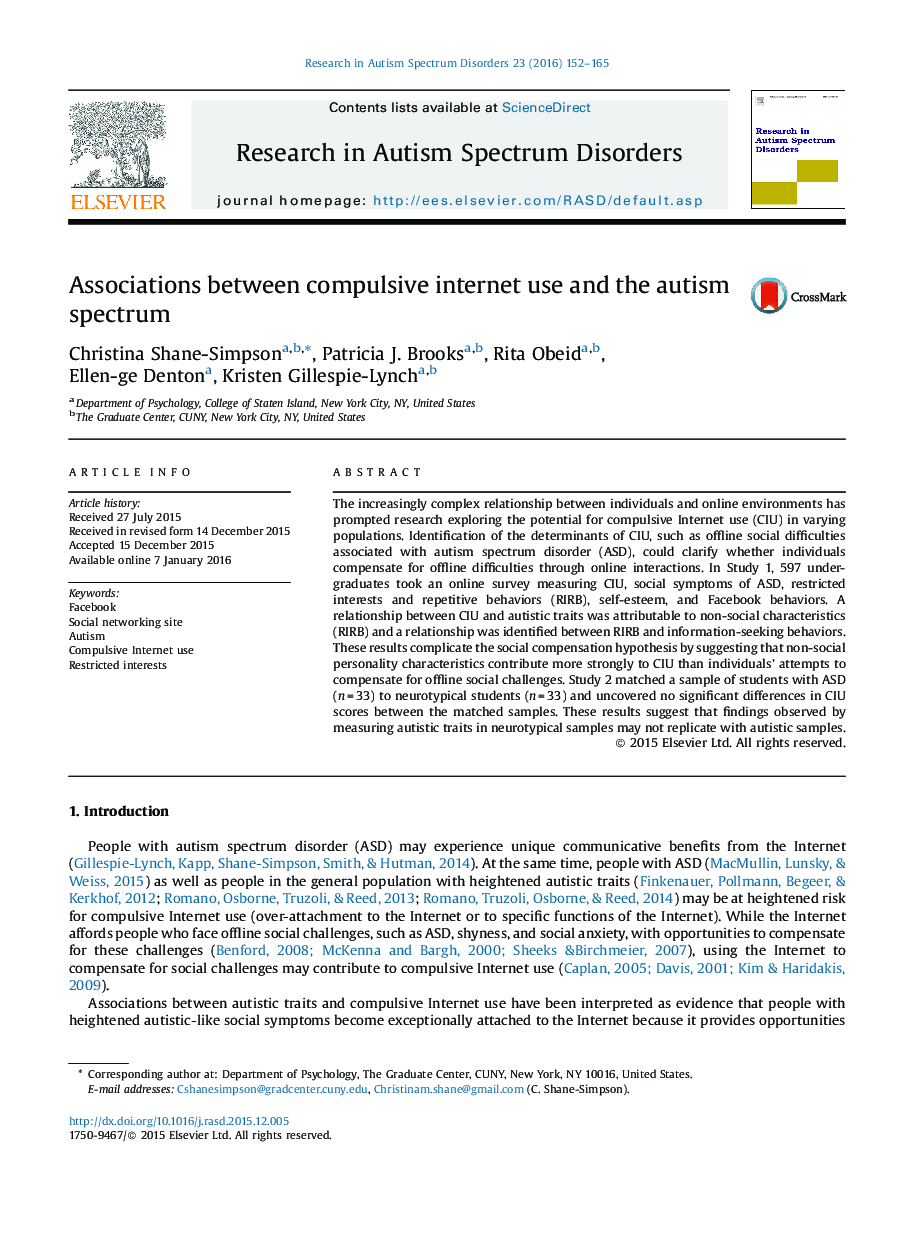 • Compulsive internet use (CIU) correlated with varied Facebook behaviors.
• Non-social autistic traits accounted for the CIU and autistic trait relationship.
• CIU may not develop from attempts to compensate for offline social challenges.
• In a replication study, students with and without autism did not differ in CIU.

The increasingly complex relationship between individuals and online environments has prompted research exploring the potential for compulsive Internet use (CIU) in varying populations. Identification of the determinants of CIU, such as offline social difficulties associated with autism spectrum disorder (ASD), could clarify whether individuals compensate for offline difficulties through online interactions. In Study 1, 597 undergraduates took an online survey measuring CIU, social symptoms of ASD, restricted interests and repetitive behaviors (RIRB), self-esteem, and Facebook behaviors. A relationship between CIU and autistic traits was attributable to non-social characteristics (RIRB) and a relationship was identified between RIRB and information-seeking behaviors. These results complicate the social compensation hypothesis by suggesting that non-social personality characteristics contribute more strongly to CIU than individuals’ attempts to compensate for offline social challenges. Study 2 matched a sample of students with ASD (n = 33) to neurotypical students (n = 33) and uncovered no significant differences in CIU scores between the matched samples. These results suggest that findings observed by measuring autistic traits in neurotypical samples may not replicate with autistic samples.