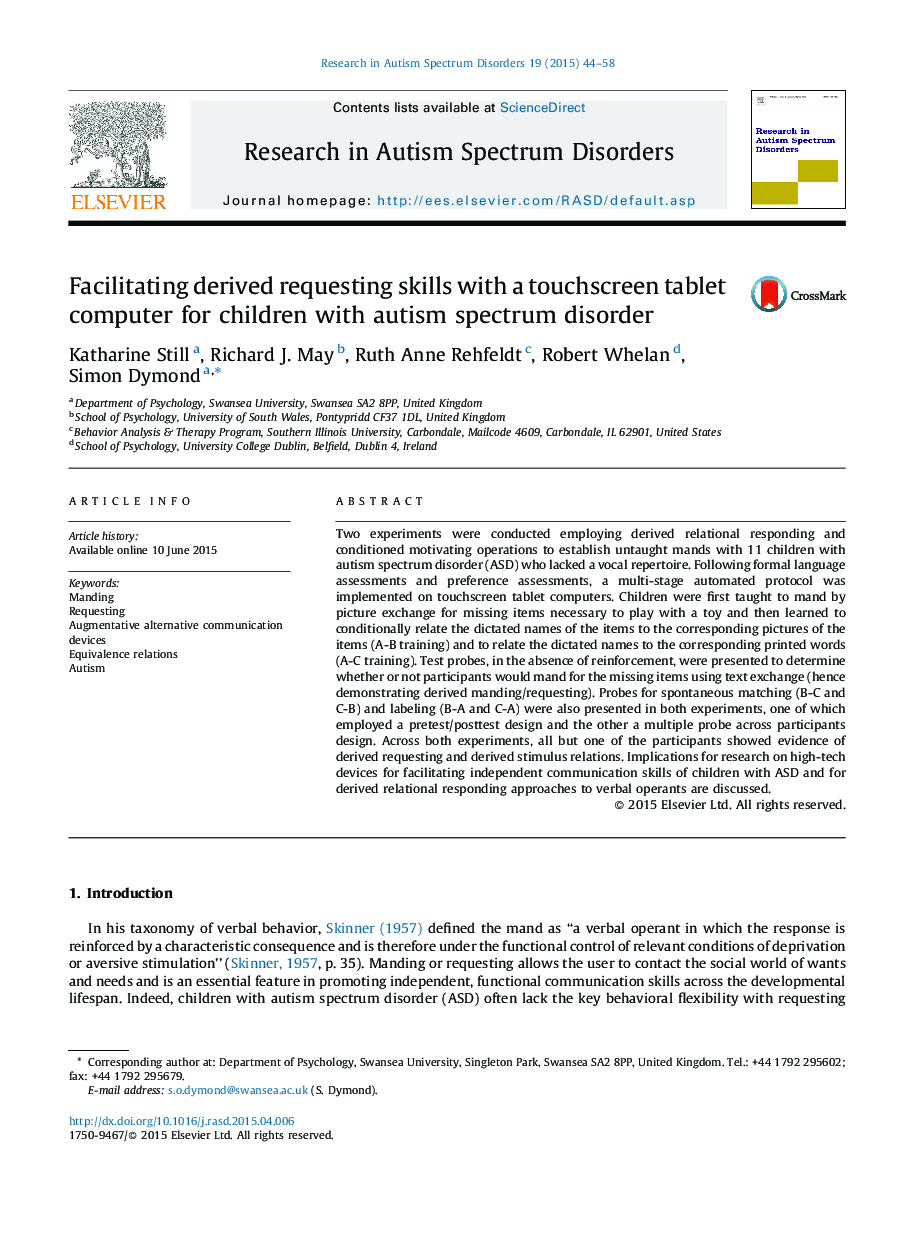 Two experiments were conducted employing derived relational responding and conditioned motivating operations to establish untaught mands with 11 children with autism spectrum disorder (ASD) who lacked a vocal repertoire. Following formal language assessments and preference assessments, a multi-stage automated protocol was implemented on touchscreen tablet computers. Children were first taught to mand by picture exchange for missing items necessary to play with a toy and then learned to conditionally relate the dictated names of the items to the corresponding pictures of the items (A-B training) and to relate the dictated names to the corresponding printed words (A-C training). Test probes, in the absence of reinforcement, were presented to determine whether or not participants would mand for the missing items using text exchange (hence demonstrating derived manding/requesting). Probes for spontaneous matching (B-C and C-B) and labeling (B-A and C-A) were also presented in both experiments, one of which employed a pretest/posttest design and the other a multiple probe across participants design. Across both experiments, all but one of the participants showed evidence of derived requesting and derived stimulus relations. Implications for research on high-tech devices for facilitating independent communication skills of children with ASD and for derived relational responding approaches to verbal operants are discussed.