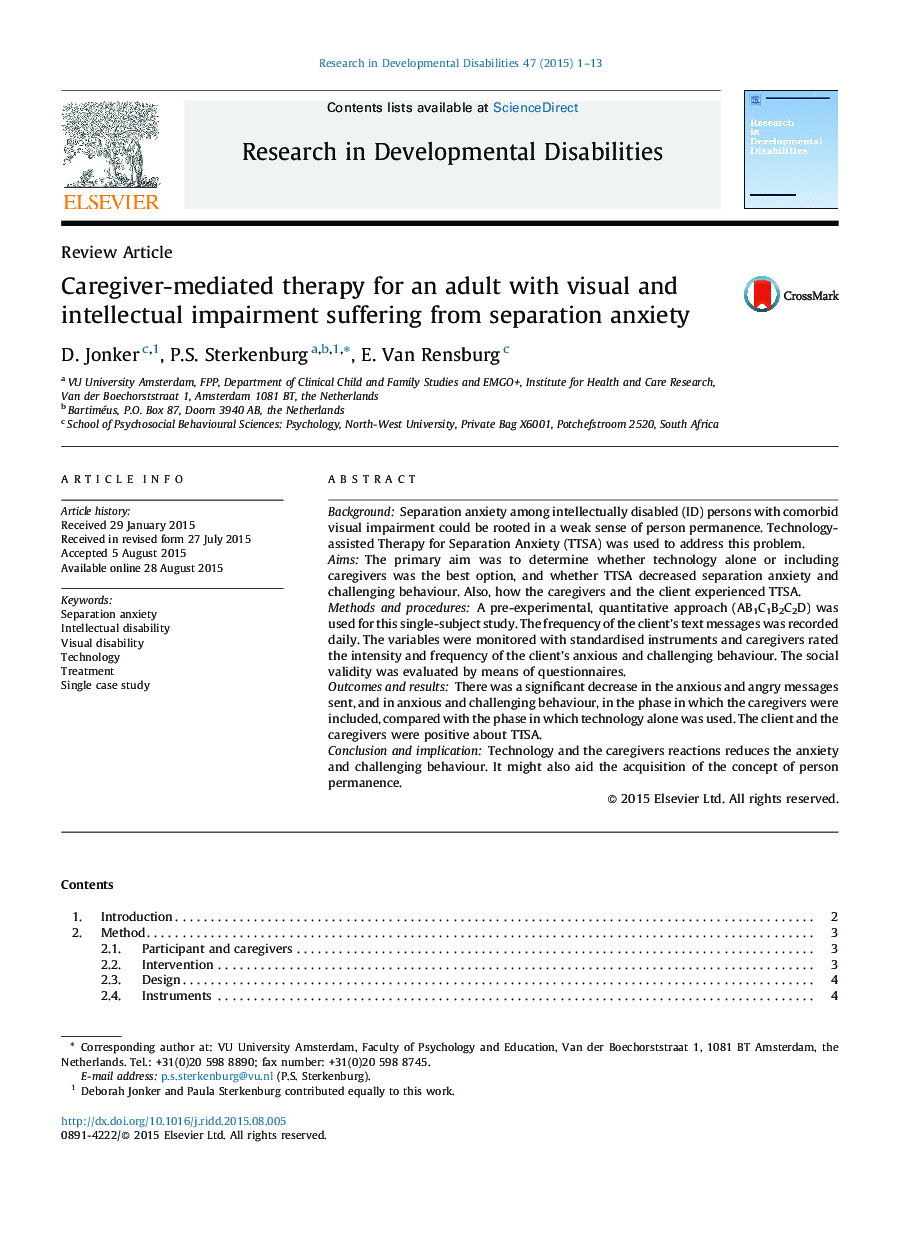 • The frequency of the various iPhone messages sent by the participant was recorded daily. ANOVA contracts results demonstrated significantly fewer anxious and angry messages sent during the C phases compared with the B phases.
• Due to the association between anxiety and challenging behaviour in this population, standardised instruments were used to measure changes in these behaviours. Repeated measure ANOVA and a non-parametric Friedman test were used to analyse the data, specifically comparing phase B and C. Overall, the results showed that behaviour did significantly change over the course of the intervention.
• The professional caregivers recorded the frequency and intensity of anxiety and challenging behaviours. The ANOVA contrast results showed a significantly lower frequency and intensity of these behaviours in the C phases compared with the B phases.
• A questionnaire was developed to evaluate the social validity of the intervention. The independent samples t-test demonstrated a significant difference between the mean scores rated by the caregivers at the beginning and the end of the invention. The participant and caregivers were positive about the intervention.
• The findings indicate that the anxiety and challenging behaviour levels shown by the adult with ID and visual impairment decreased due to technology-assisted therapy applied by caregivers, while responses to the social validity of the intervention were positive.

BackgroundSeparation anxiety among intellectually disabled (ID) persons with comorbid visual impairment could be rooted in a weak sense of person permanence. Technology-assisted Therapy for Separation Anxiety (TTSA) was used to address this problem.AimsThe primary aim was to determine whether technology alone or including caregivers was the best option, and whether TTSA decreased separation anxiety and challenging behaviour. Also, how the caregivers and the client experienced TTSA.Methods and proceduresA pre-experimental, quantitative approach (AB1C1B2C2D) was used for this single-subject study. The frequency of the client's text messages was recorded daily. The variables were monitored with standardised instruments and caregivers rated the intensity and frequency of the client's anxious and challenging behaviour. The social validity was evaluated by means of questionnaires.Outcomes and resultsThere was a significant decrease in the anxious and angry messages sent, and in anxious and challenging behaviour, in the phase in which the caregivers were included, compared with the phase in which technology alone was used. The client and the caregivers were positive about TTSA.Conclusion and implicationTechnology and the caregivers reactions reduces the anxiety and challenging behaviour. It might also aid the acquisition of the concept of person permanence.