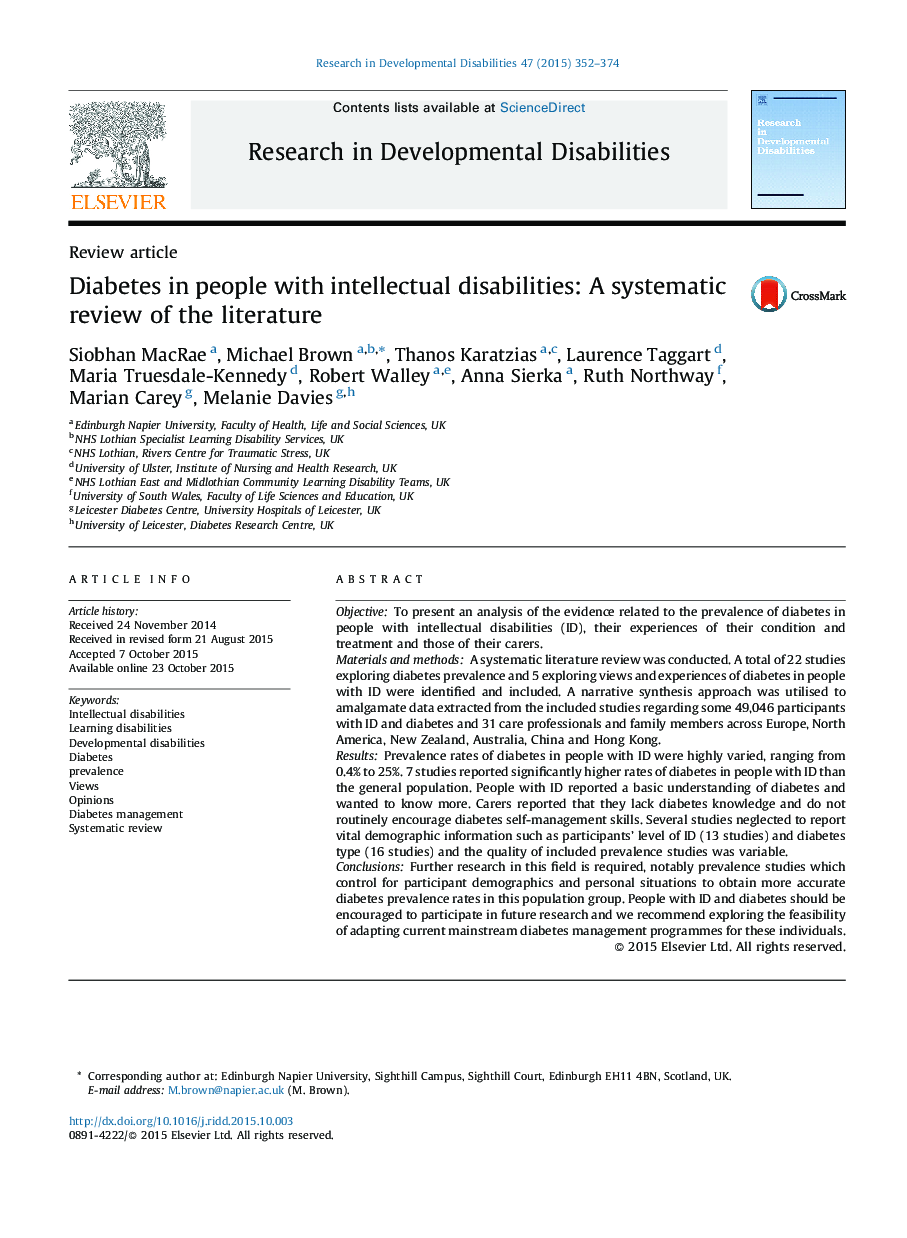 • Previous research suggests significantly higher rates of diabetes in people with ID than the general population.
• People with ID report a basic understanding of diabetes and want to know more.
• Existing mainstream diabetes management programmes need to be modified or developed for people with intellectual disabilities.
• Carers report that they lack diabetes knowledge and do not routinely encourage diabetes self-management skills.

ObjectiveTo present an analysis of the evidence related to the prevalence of diabetes in people with intellectual disabilities (ID), their experiences of their condition and treatment and those of their carers.Materials and methodsA systematic literature review was conducted. A total of 22 studies exploring diabetes prevalence and 5 exploring views and experiences of diabetes in people with ID were identified and included. A narrative synthesis approach was utilised to amalgamate data extracted from the included studies regarding some 49,046 participants with ID and diabetes and 31 care professionals and family members across Europe, North America, New Zealand, Australia, China and Hong Kong.ResultsPrevalence rates of diabetes in people with ID were highly varied, ranging from 0.4% to 25%. 7 studies reported significantly higher rates of diabetes in people with ID than the general population. People with ID reported a basic understanding of diabetes and wanted to know more. Carers reported that they lack diabetes knowledge and do not routinely encourage diabetes self-management skills. Several studies neglected to report vital demographic information such as participants’ level of ID (13 studies) and diabetes type (16 studies) and the quality of included prevalence studies was variable.ConclusionsFurther research in this field is required, notably prevalence studies which control for participant demographics and personal situations to obtain more accurate diabetes prevalence rates in this population group. People with ID and diabetes should be encouraged to participate in future research and we recommend exploring the feasibility of adapting current mainstream diabetes management programmes for these individuals.