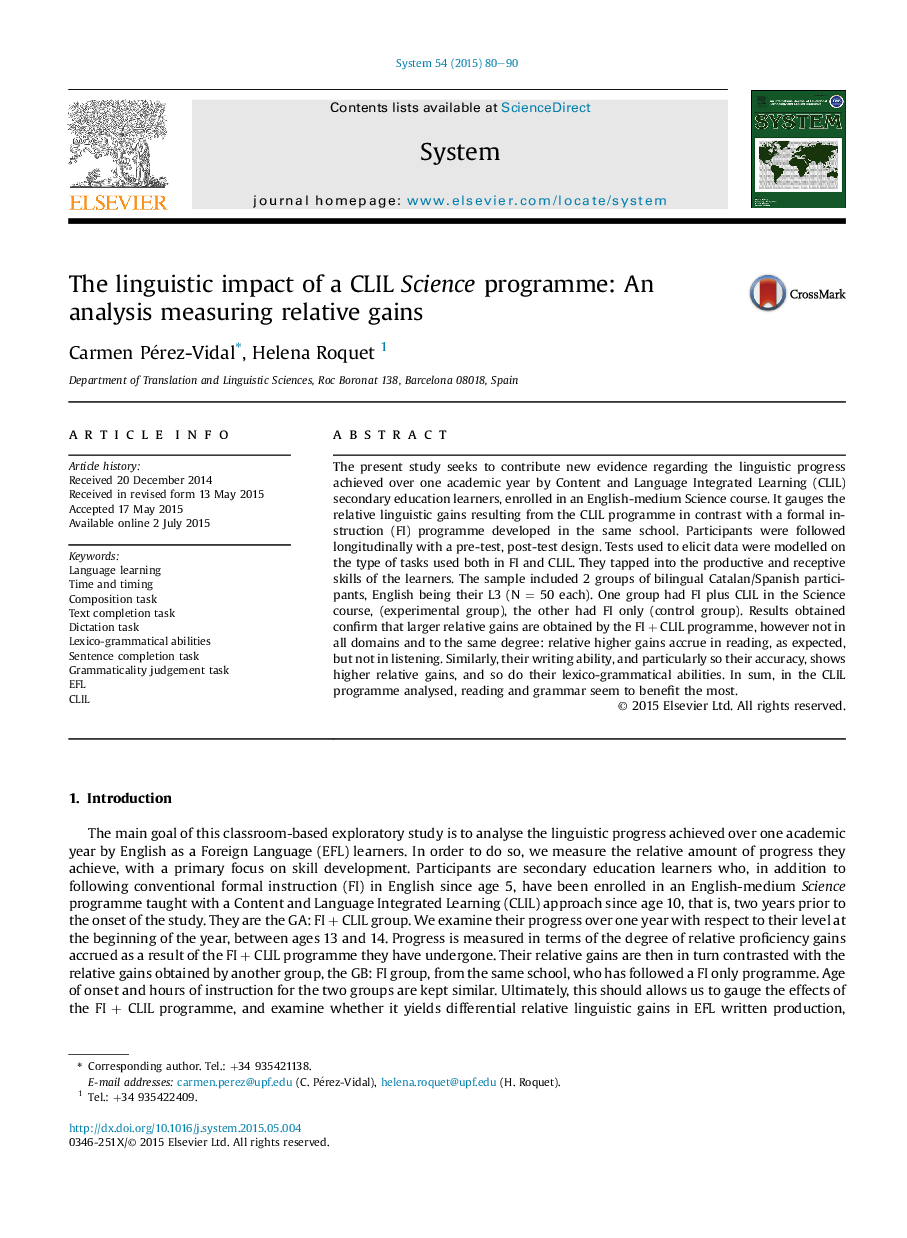 The present study seeks to contribute new evidence regarding the linguistic progress achieved over one academic year by Content and Language Integrated Learning (CLIL) secondary education learners, enrolled in an English-medium Science course. It gauges the relative linguistic gains resulting from the CLIL programme in contrast with a formal instruction (FI) programme developed in the same school. Participants were followed longitudinally with a pre-test, post-test design. Tests used to elicit data were modelled on the type of tasks used both in FI and CLIL. They tapped into the productive and receptive skills of the learners. The sample included 2 groups of bilingual Catalan/Spanish participants, English being their L3 (N = 50 each). One group had FI plus CLIL in the Science course, (experimental group), the other had FI only (control group). Results obtained confirm that larger relative gains are obtained by the FI + CLIL programme, however not in all domains and to the same degree: relative higher gains accrue in reading, as expected, but not in listening. Similarly, their writing ability, and particularly so their accuracy, shows higher relative gains, and so do their lexico-grammatical abilities. In sum, in the CLIL programme analysed, reading and grammar seem to benefit the most.