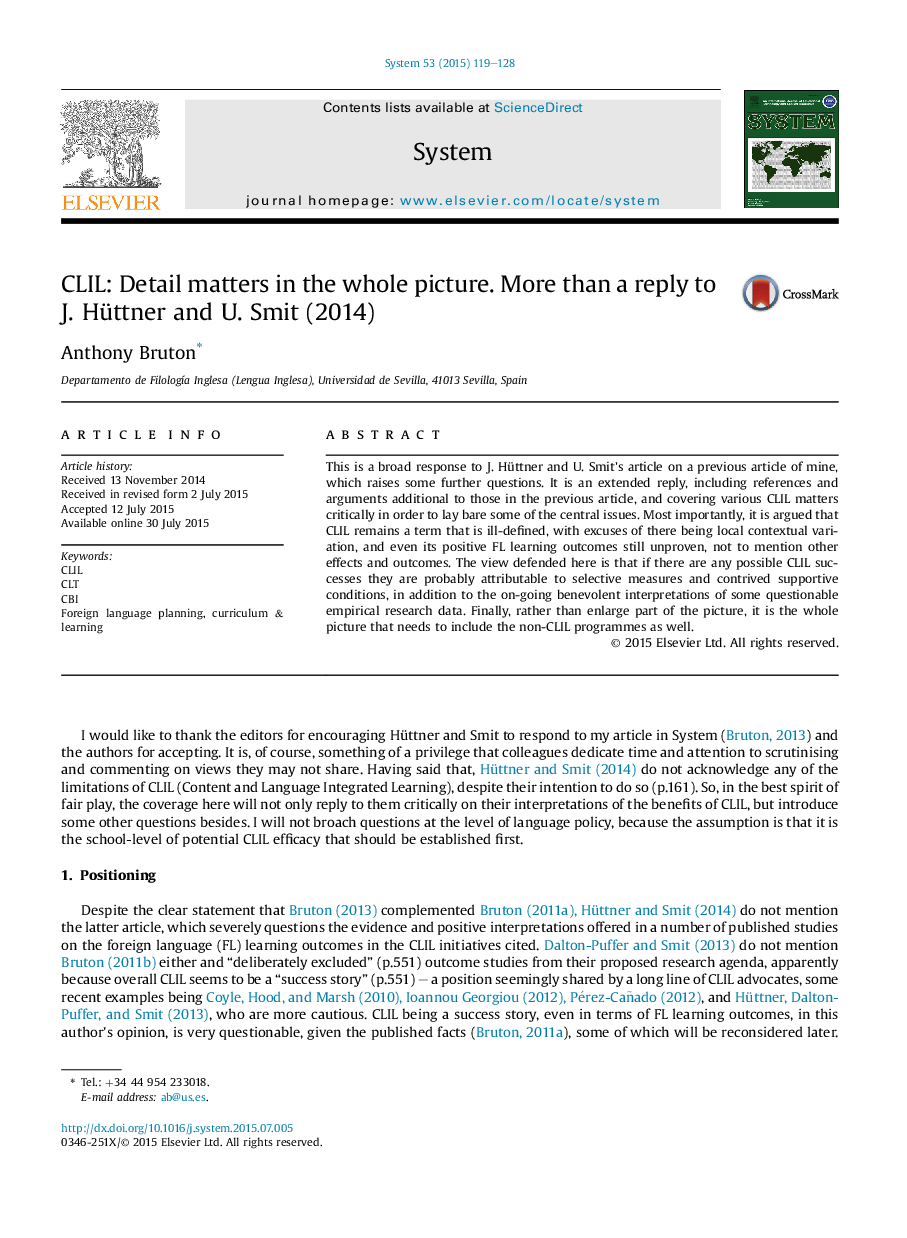 This is a broad response to J. Hüttner and U. Smit's article on a previous article of mine, which raises some further questions. It is an extended reply, including references and arguments additional to those in the previous article, and covering various CLIL matters critically in order to lay bare some of the central issues. Most importantly, it is argued that CLIL remains a term that is ill-defined, with excuses of there being local contextual variation, and even its positive FL learning outcomes still unproven, not to mention other effects and outcomes. The view defended here is that if there are any possible CLIL successes they are probably attributable to selective measures and contrived supportive conditions, in addition to the on-going benevolent interpretations of some questionable empirical research data. Finally, rather than enlarge part of the picture, it is the whole picture that needs to include the non-CLIL programmes as well.