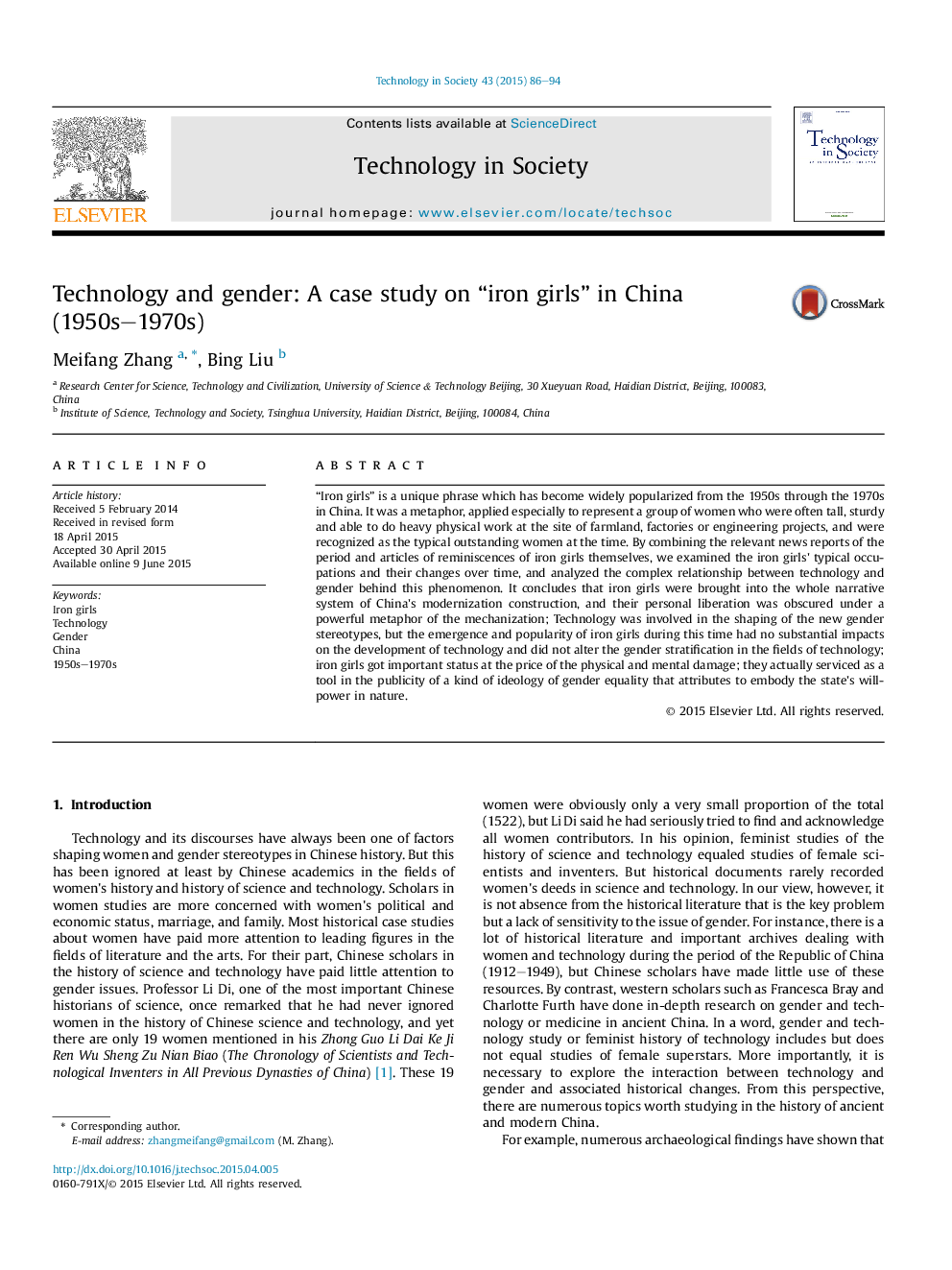 • Technology was involved in the shaping of the new gender ideas in China during the 1950s through the 1970s.
• The emergence of “iron girls” discourse had no substantial impact on the technology.
• Iron girls ideology actually attributed to embody the state's will-power in nature.

“Iron girls” is a unique phrase which has become widely popularized from the 1950s through the 1970s in China. It was a metaphor, applied especially to represent a group of women who were often tall, sturdy and able to do heavy physical work at the site of farmland, factories or engineering projects, and were recognized as the typical outstanding women at the time. By combining the relevant news reports of the period and articles of reminiscences of iron girls themselves, we examined the iron girls' typical occupations and their changes over time, and analyzed the complex relationship between technology and gender behind this phenomenon. It concludes that iron girls were brought into the whole narrative system of China's modernization construction, and their personal liberation was obscured under a powerful metaphor of the mechanization; Technology was involved in the shaping of the new gender stereotypes, but the emergence and popularity of iron girls during this time had no substantial impacts on the development of technology and did not alter the gender stratification in the fields of technology; iron girls got important status at the price of the physical and mental damage; they actually serviced as a tool in the publicity of a kind of ideology of gender equality that attributes to embody the state's will-power in nature.