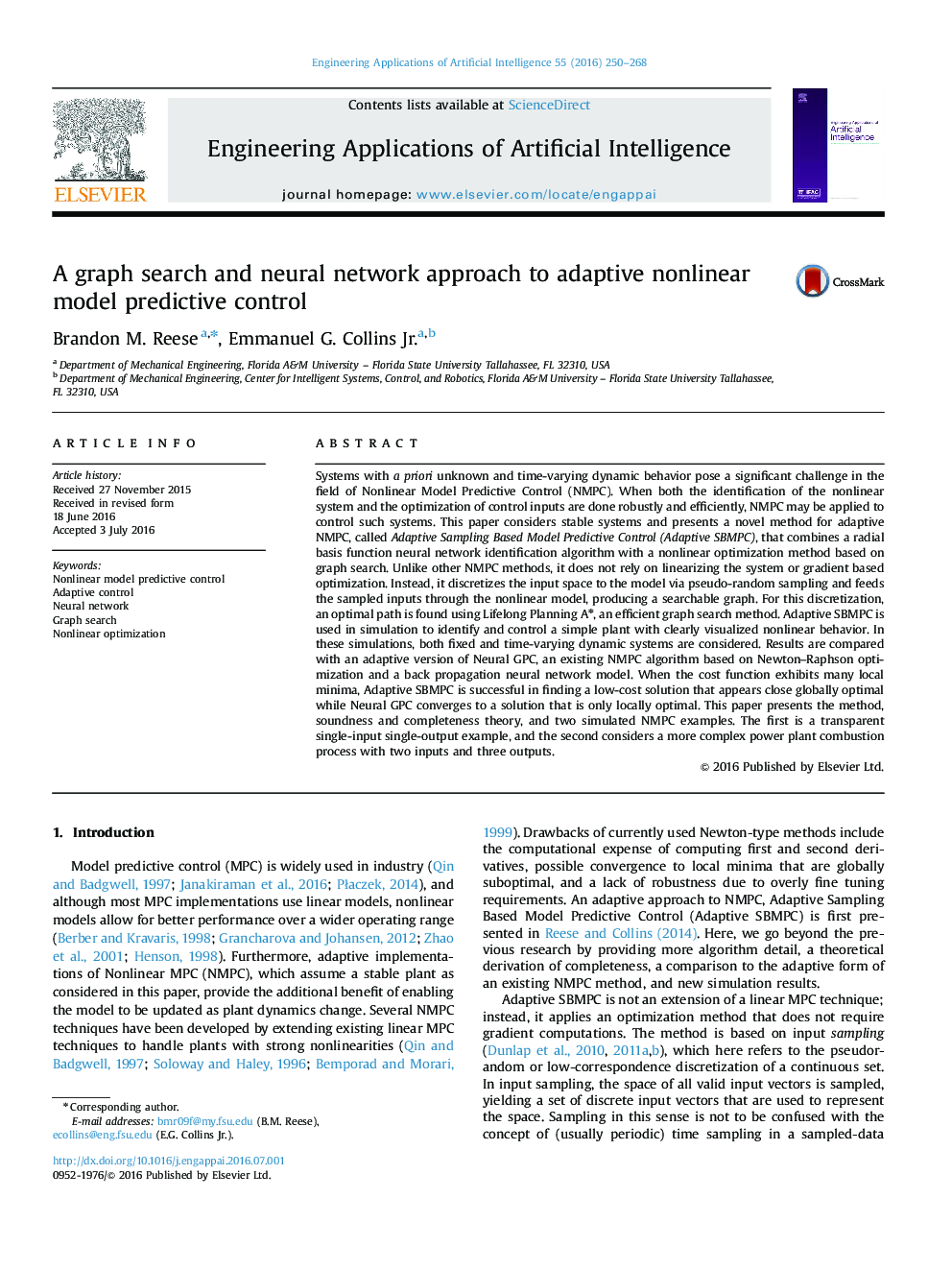 Systems with a priori unknown and time-varying dynamic behavior pose a significant challenge in the field of Nonlinear Model Predictive Control (NMPC). When both the identification of the nonlinear system and the optimization of control inputs are done robustly and efficiently, NMPC may be applied to control such systems. This paper considers stable systems and presents a novel method for adaptive NMPC, called Adaptive Sampling Based Model Predictive Control (Adaptive SBMPC), that combines a radial basis function neural network identification algorithm with a nonlinear optimization method based on graph search. Unlike other NMPC methods, it does not rely on linearizing the system or gradient based optimization. Instead, it discretizes the input space to the model via pseudo-random sampling and feeds the sampled inputs through the nonlinear model, producing a searchable graph. For this discretization, an optimal path is found using Lifelong Planning A⁎, an efficient graph search method. Adaptive SBMPC is used in simulation to identify and control a simple plant with clearly visualized nonlinear behavior. In these simulations, both fixed and time-varying dynamic systems are considered. Results are compared with an adaptive version of Neural GPC, an existing NMPC algorithm based on Newton–Raphson optimization and a back propagation neural network model. When the cost function exhibits many local minima, Adaptive SBMPC is successful in finding a low-cost solution that appears close globally optimal while Neural GPC converges to a solution that is only locally optimal. This paper presents the method, soundness and completeness theory, and two simulated NMPC examples. The first is a transparent single-input single-output example, and the second considers a more complex power plant combustion process with two inputs and three outputs.