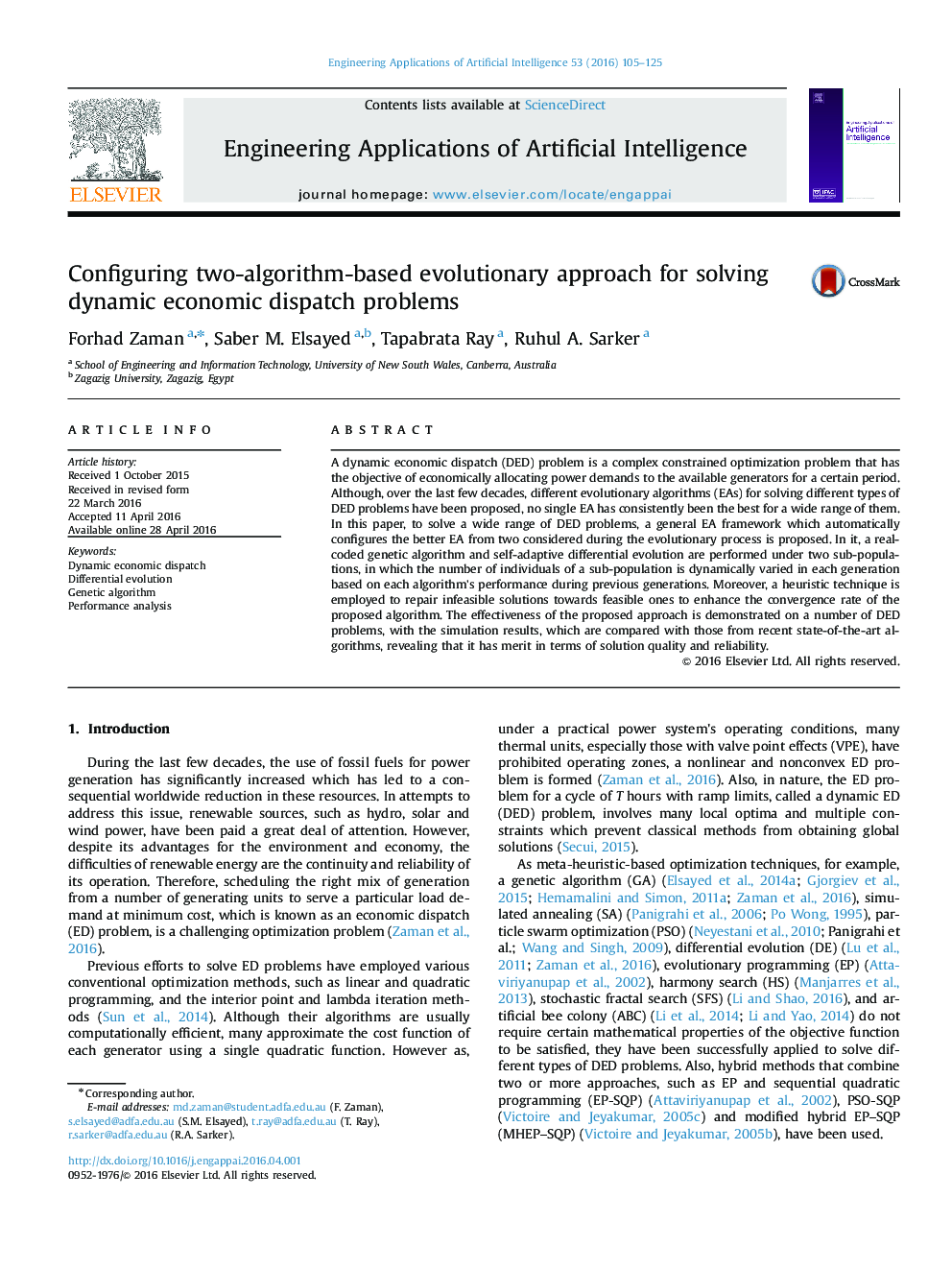 • A self-configured evolutionary algorithm is proposed.
• A new repairing method to deal with infeasible solutions is developed.
• Thermal, hydro-thermal, wind–thermal and solar–thermal DED problems are solved.
• The performance of the algorithm is superior to that of existing approaches.

A dynamic economic dispatch (DED) problem is a complex constrained optimization problem that has the objective of economically allocating power demands to the available generators for a certain period. Although, over the last few decades, different evolutionary algorithms (EAs) for solving different types of DED problems have been proposed, no single EA has consistently been the best for a wide range of them. In this paper, to solve a wide range of DED problems, a general EA framework which automatically configures the better EA from two considered during the evolutionary process is proposed. In it, a real-coded genetic algorithm and self-adaptive differential evolution are performed under two sub-populations, in which the number of individuals of a sub-population is dynamically varied in each generation based on each algorithm’s performance during previous generations. Moreover, a heuristic technique is employed to repair infeasible solutions towards feasible ones to enhance the convergence rate of the proposed algorithm. The effectiveness of the proposed approach is demonstrated on a number of DED problems, with the simulation results, which are compared with those from recent state-of-the-art algorithms, revealing that it has merit in terms of solution quality and reliability.