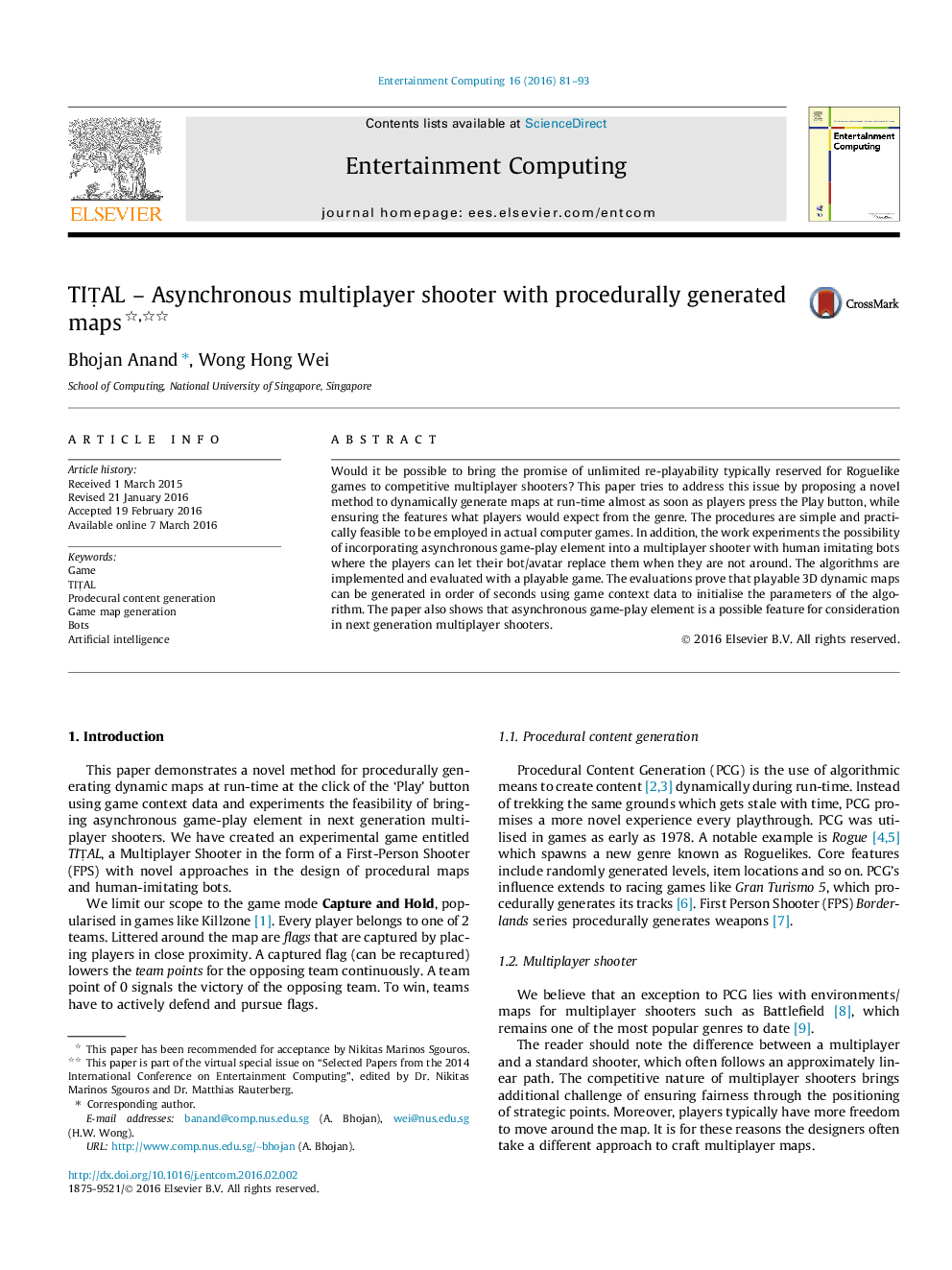 Would it be possible to bring the promise of unlimited re-playability typically reserved for Roguelike games to competitive multiplayer shooters? This paper tries to address this issue by proposing a novel method to dynamically generate maps at run-time almost as soon as players press the Play button, while ensuring the features what players would expect from the genre. The procedures are simple and practically feasible to be employed in actual computer games. In addition, the work experiments the possibility of incorporating asynchronous game-play element into a multiplayer shooter with human imitating bots where the players can let their bot/avatar replace them when they are not around. The algorithms are implemented and evaluated with a playable game. The evaluations prove that playable 3D dynamic maps can be generated in order of seconds using game context data to initialise the parameters of the algorithm. The paper also shows that asynchronous game-play element is a possible feature for consideration in next generation multiplayer shooters.