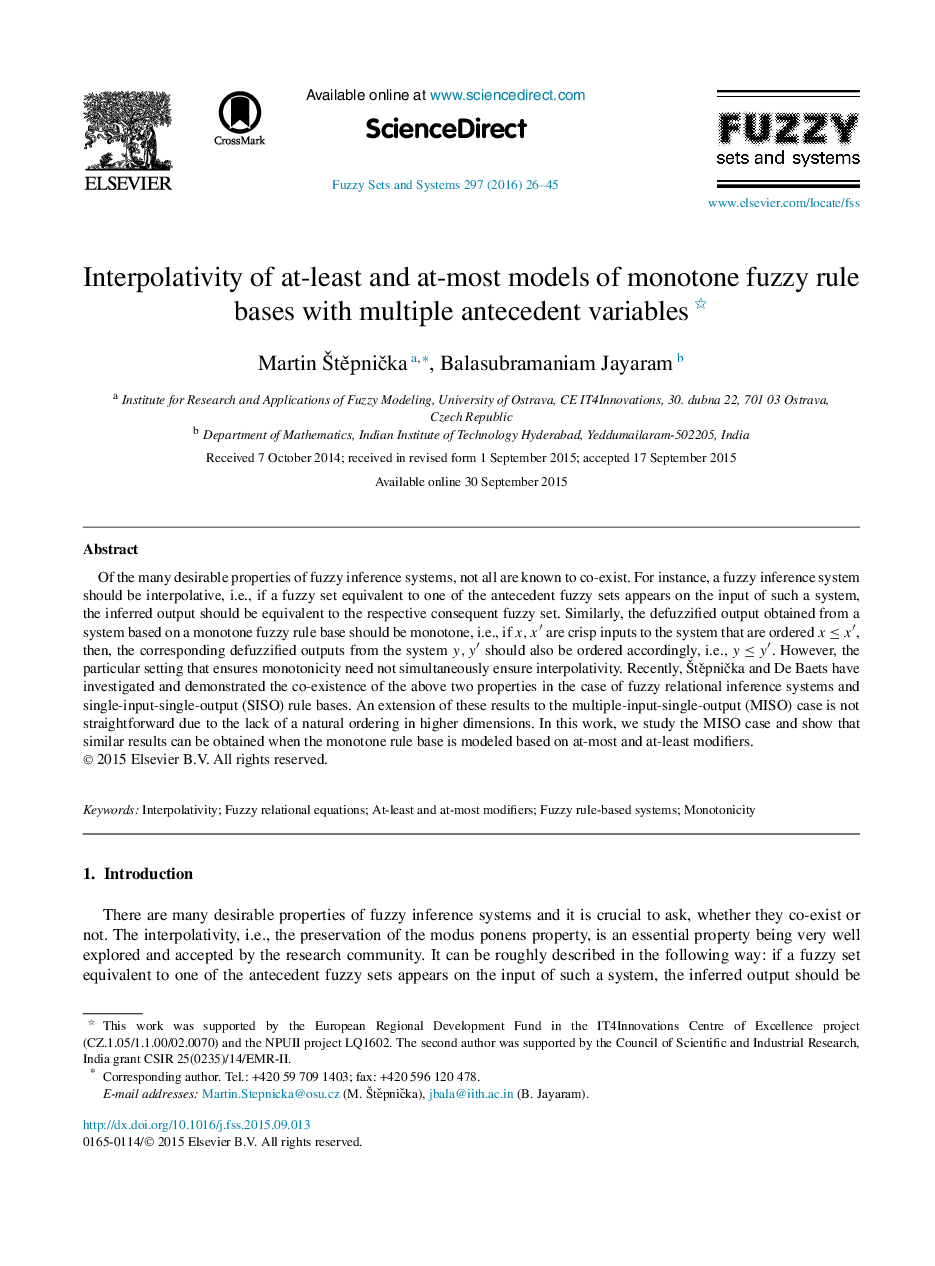 Of the many desirable properties of fuzzy inference systems, not all are known to co-exist. For instance, a fuzzy inference system should be interpolative, i.e., if a fuzzy set equivalent to one of the antecedent fuzzy sets appears on the input of such a system, the inferred output should be equivalent to the respective consequent fuzzy set. Similarly, the defuzzified output obtained from a system based on a monotone fuzzy rule base should be monotone, i.e., if x,x′x,x′ are crisp inputs to the system that are ordered x≤x′x≤x′, then, the corresponding defuzzified outputs from the system y,y′y,y′ should also be ordered accordingly, i.e., y≤y′y≤y′. However, the particular setting that ensures monotonicity need not simultaneously ensure interpolativity. Recently, Štěpnička and De Baets have investigated and demonstrated the co-existence of the above two properties in the case of fuzzy relational inference systems and single-input-single-output (SISO) rule bases. An extension of these results to the multiple-input-single-output (MISO) case is not straightforward due to the lack of a natural ordering in higher dimensions. In this work, we study the MISO case and show that similar results can be obtained when the monotone rule base is modeled based on at-most and at-least modifiers.