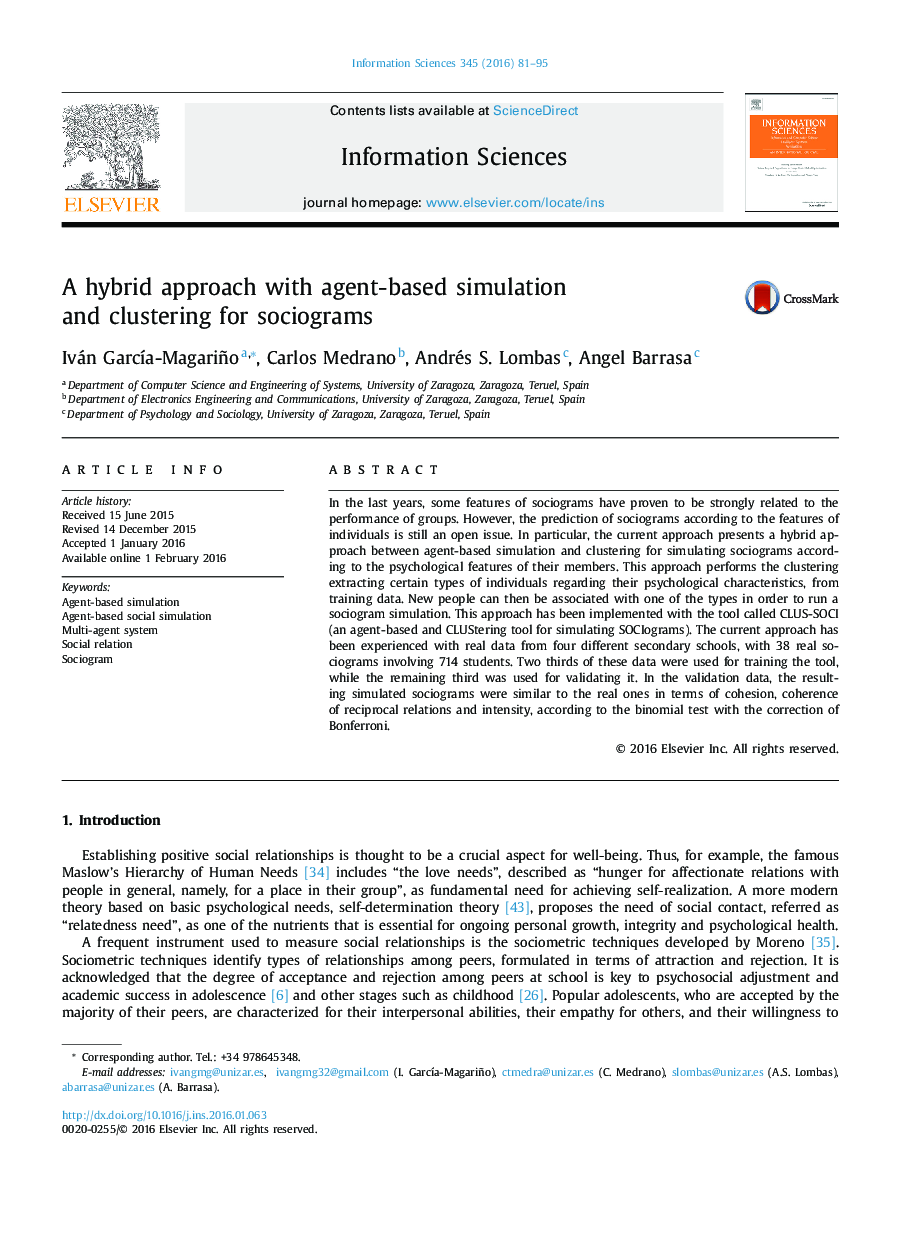 In the last years, some features of sociograms have proven to be strongly related to the performance of groups. However, the prediction of sociograms according to the features of individuals is still an open issue. In particular, the current approach presents a hybrid approach between agent-based simulation and clustering for simulating sociograms according to the psychological features of their members. This approach performs the clustering extracting certain types of individuals regarding their psychological characteristics, from training data. New people can then be associated with one of the types in order to run a sociogram simulation. This approach has been implemented with the tool called CLUS-SOCI (an agent-based and CLUStering tool for simulating SOCIograms). The current approach has been experienced with real data from four different secondary schools, with 38 real sociograms involving 714 students. Two thirds of these data were used for training the tool, while the remaining third was used for validating it. In the validation data, the resulting simulated sociograms were similar to the real ones in terms of cohesion, coherence of reciprocal relations and intensity, according to the binomial test with the correction of Bonferroni.