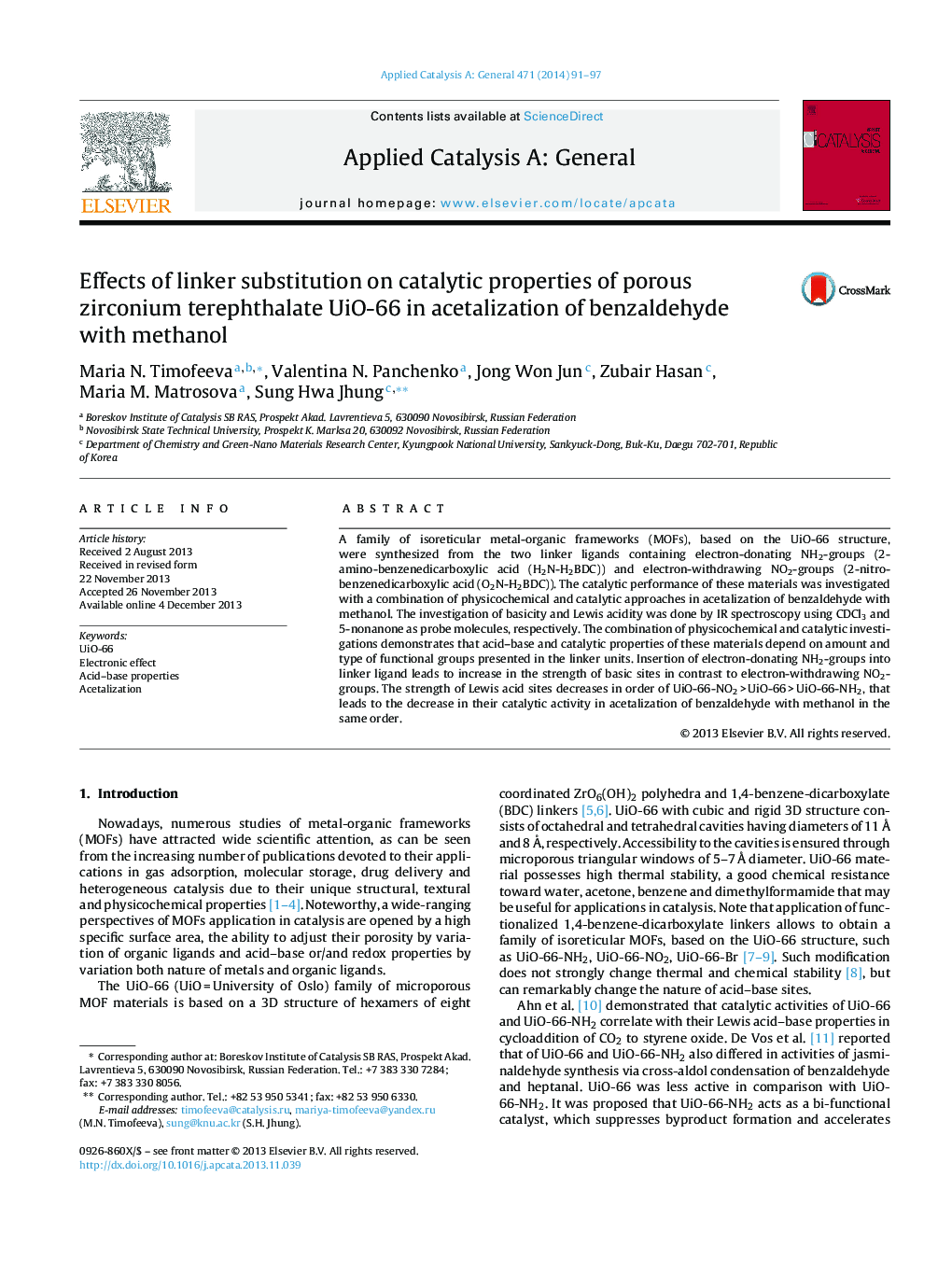 • A family of isoreticular MOF based on the UiO-66 structure was synthesized from the two linker ligands.
• Effect of NH2- and NO2-groups in linker ligands on acid–base and catalytic properties was studied.
• Acetalization of benzaldehyde with methanol was used for analysis of Lewis acidity of UiO-66 materials.

A family of isoreticular metal-organic frameworks (MOFs), based on the UiO-66 structure, were synthesized from the two linker ligands containing electron-donating NH2-groups (2-amino-benzenedicarboxylic acid (H2N-H2BDC)) and electron-withdrawing NO2-groups (2-nitro-benzenedicarboxylic acid (O2N-H2BDC)). The catalytic performance of these materials was investigated with a combination of physicochemical and catalytic approaches in acetalization of benzaldehyde with methanol. The investigation of basicity and Lewis acidity was done by IR spectroscopy using CDCl3 and 5-nonanone as probe molecules, respectively. The combination of physicochemical and catalytic investigations demonstrates that acid–base and catalytic properties of these materials depend on amount and type of functional groups presented in the linker units. Insertion of electron-donating NH2-groups into linker ligand leads to increase in the strength of basic sites in contrast to electron-withdrawing NO2-groups. The strength of Lewis acid sites decreases in order of UiO-66-NO2 > UiO-66 > UiO-66-NH2, that leads to the decrease in their catalytic activity in acetalization of benzaldehyde with methanol in the same order.