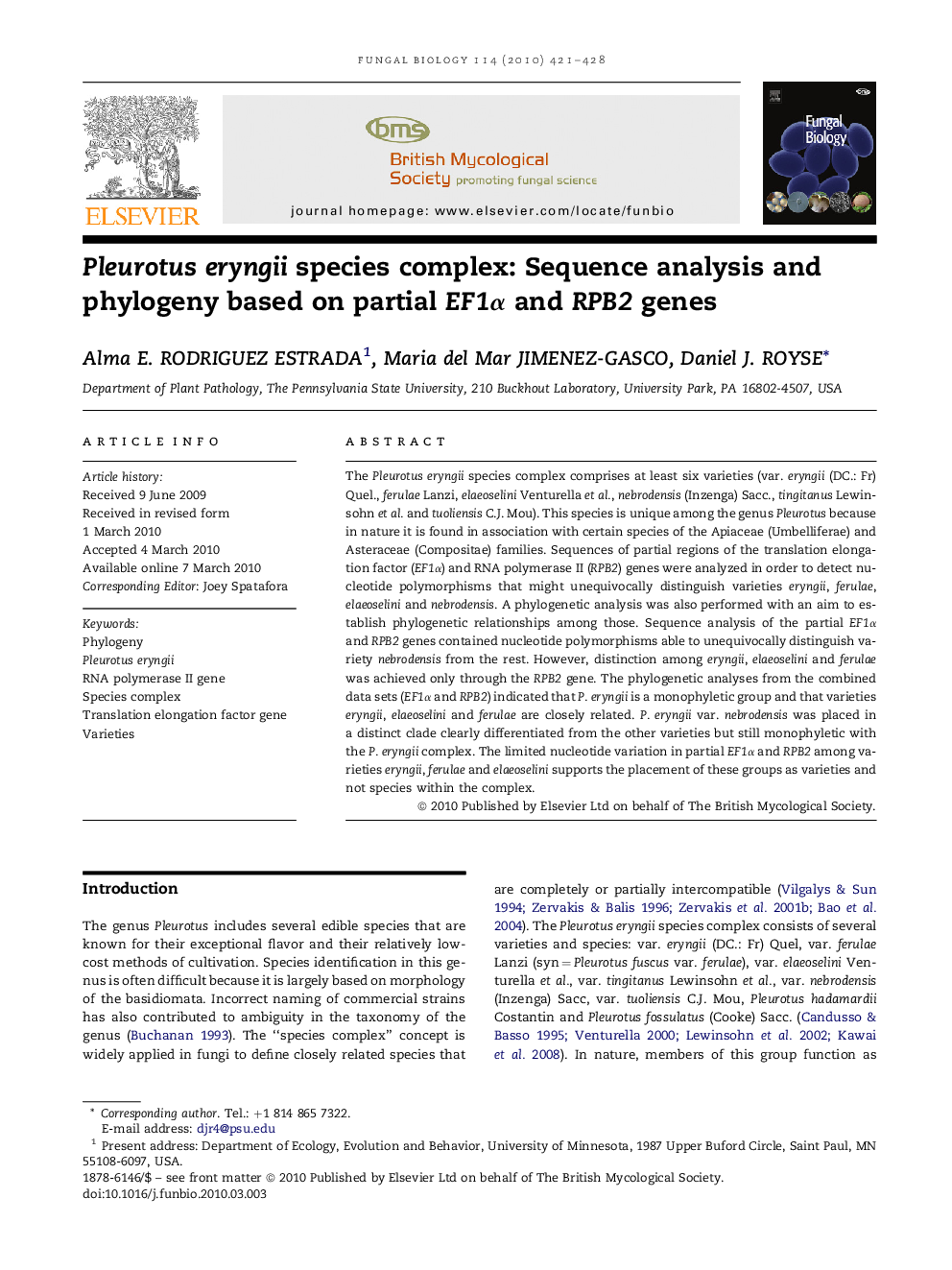 The Pleurotus eryngii species complex comprises at least six varieties (var. eryngii (DC.: Fr) Quel., ferulae Lanzi, elaeoselini Venturella et al., nebrodensis (Inzenga) Sacc., tingitanus Lewinsohn et al. and tuoliensis C.J. Mou). This species is unique among the genus Pleurotus because in nature it is found in association with certain species of the Apiaceae (Umbelliferae) and Asteraceae (Compositae) families. Sequences of partial regions of the translation elongation factor (EF1α) and RNA polymerase II (RPB2) genes were analyzed in order to detect nucleotide polymorphisms that might unequivocally distinguish varieties eryngii, ferulae, elaeoselini and nebrodensis. A phylogenetic analysis was also performed with an aim to establish phylogenetic relationships among those. Sequence analysis of the partial EF1α and RPB2 genes contained nucleotide polymorphisms able to unequivocally distinguish variety nebrodensis from the rest. However, distinction among eryngii, elaeoselini and ferulae was achieved only through the RPB2 gene. The phylogenetic analyses from the combined data sets (EF1α and RPB2) indicated that P. eryngii is a monophyletic group and that varieties eryngii, elaeoselini and ferulae are closely related. P. eryngii var. nebrodensis was placed in a distinct clade clearly differentiated from the other varieties but still monophyletic with the P. eryngii complex. The limited nucleotide variation in partial EF1α and RPB2 among varieties eryngii, ferulae and elaeoselini supports the placement of these groups as varieties and not species within the complex.