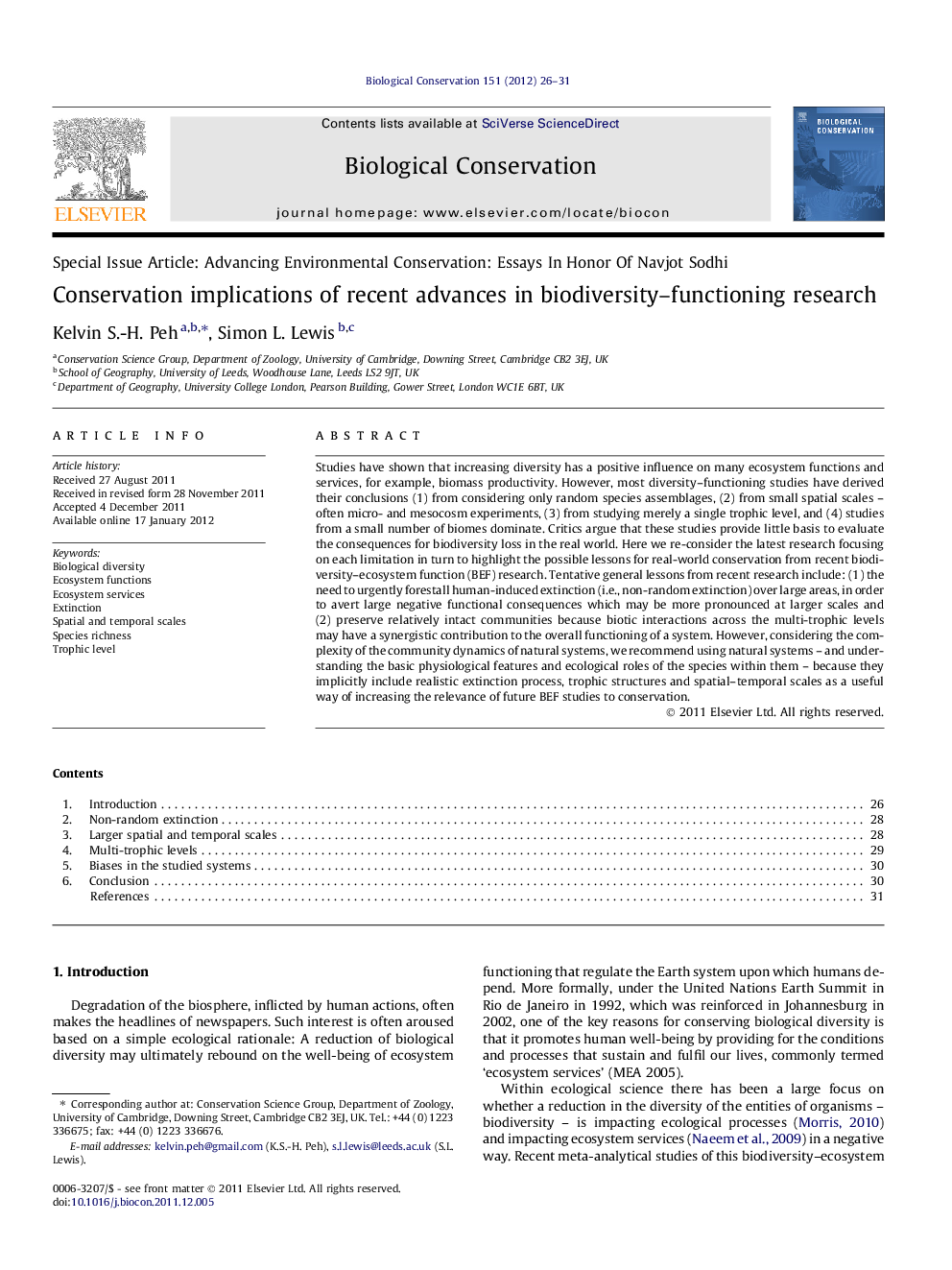 Studies have shown that increasing diversity has a positive influence on many ecosystem functions and services, for example, biomass productivity. However, most diversity–functioning studies have derived their conclusions (1) from considering only random species assemblages, (2) from small spatial scales – often micro- and mesocosm experiments, (3) from studying merely a single trophic level, and (4) studies from a small number of biomes dominate. Critics argue that these studies provide little basis to evaluate the consequences for biodiversity loss in the real world. Here we re-consider the latest research focusing on each limitation in turn to highlight the possible lessons for real-world conservation from recent biodiversity–ecosystem function (BEF) research. Tentative general lessons from recent research include: (1) the need to urgently forestall human-induced extinction (i.e., non-random extinction) over large areas, in order to avert large negative functional consequences which may be more pronounced at larger scales and (2) preserve relatively intact communities because biotic interactions across the multi-trophic levels may have a synergistic contribution to the overall functioning of a system. However, considering the complexity of the community dynamics of natural systems, we recommend using natural systems – and understanding the basic physiological features and ecological roles of the species within them – because they implicitly include realistic extinction process, trophic structures and spatial–temporal scales as a useful way of increasing the relevance of future BEF studies to conservation.

► We highlight the lessons from the latest diversity–functioning research for conservation.
► Forestalling human-induced (non-random) extinction is needed over large areas.
► Negative functional consequences may be more pronounced at larger scales.
► Preserving intact communities is critical for the overall functioning of a system.
► Using natural systems would increase the relevance to conservation.