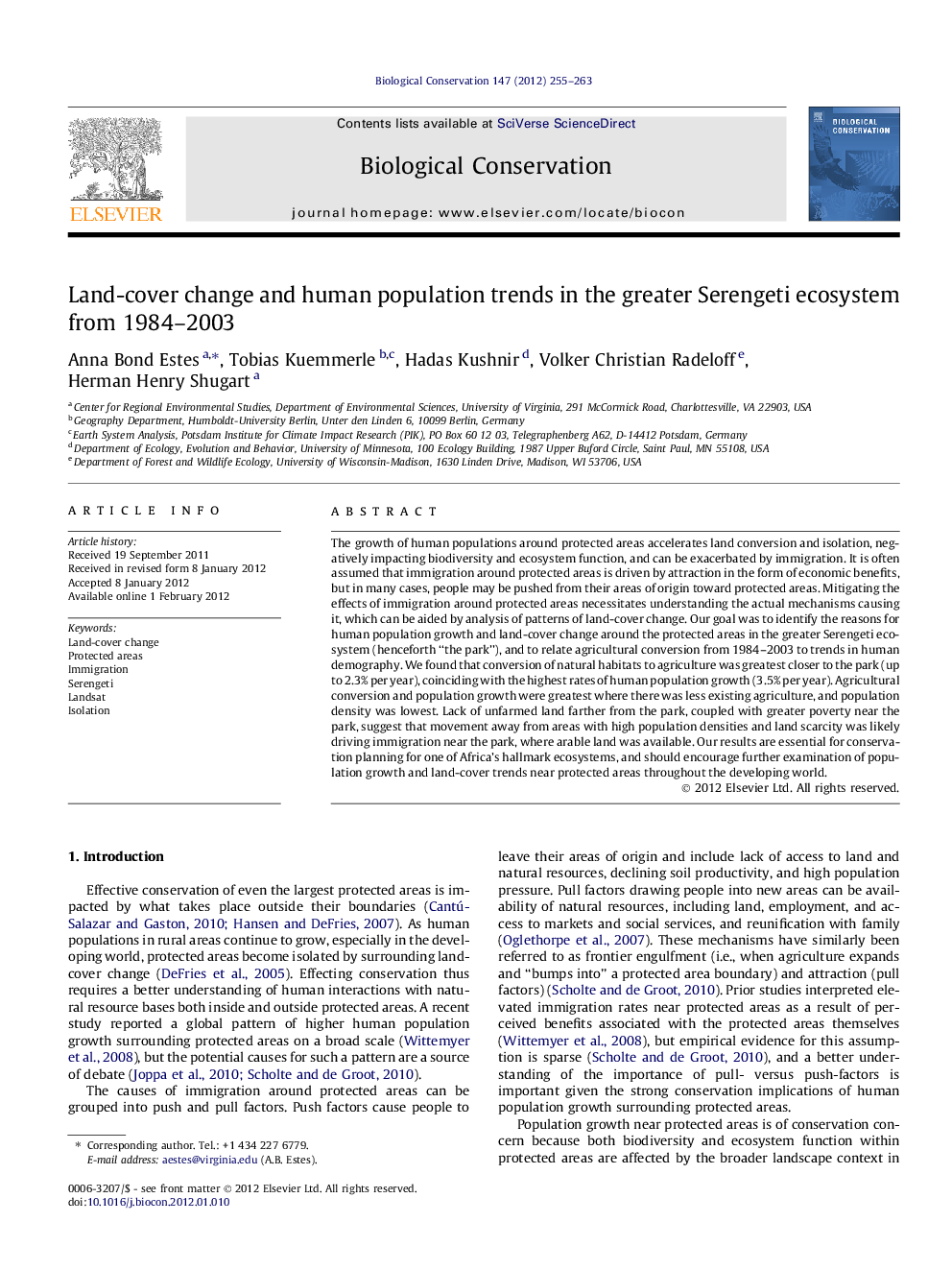 The growth of human populations around protected areas accelerates land conversion and isolation, negatively impacting biodiversity and ecosystem function, and can be exacerbated by immigration. It is often assumed that immigration around protected areas is driven by attraction in the form of economic benefits, but in many cases, people may be pushed from their areas of origin toward protected areas. Mitigating the effects of immigration around protected areas necessitates understanding the actual mechanisms causing it, which can be aided by analysis of patterns of land-cover change. Our goal was to identify the reasons for human population growth and land-cover change around the protected areas in the greater Serengeti ecosystem (henceforth “the park”), and to relate agricultural conversion from 1984–2003 to trends in human demography. We found that conversion of natural habitats to agriculture was greatest closer to the park (up to 2.3% per year), coinciding with the highest rates of human population growth (3.5% per year). Agricultural conversion and population growth were greatest where there was less existing agriculture, and population density was lowest. Lack of unfarmed land farther from the park, coupled with greater poverty near the park, suggest that movement away from areas with high population densities and land scarcity was likely driving immigration near the park, where arable land was available. Our results are essential for conservation planning for one of Africa’s hallmark ecosystems, and should encourage further examination of population growth and land-cover trends near protected areas throughout the developing world.