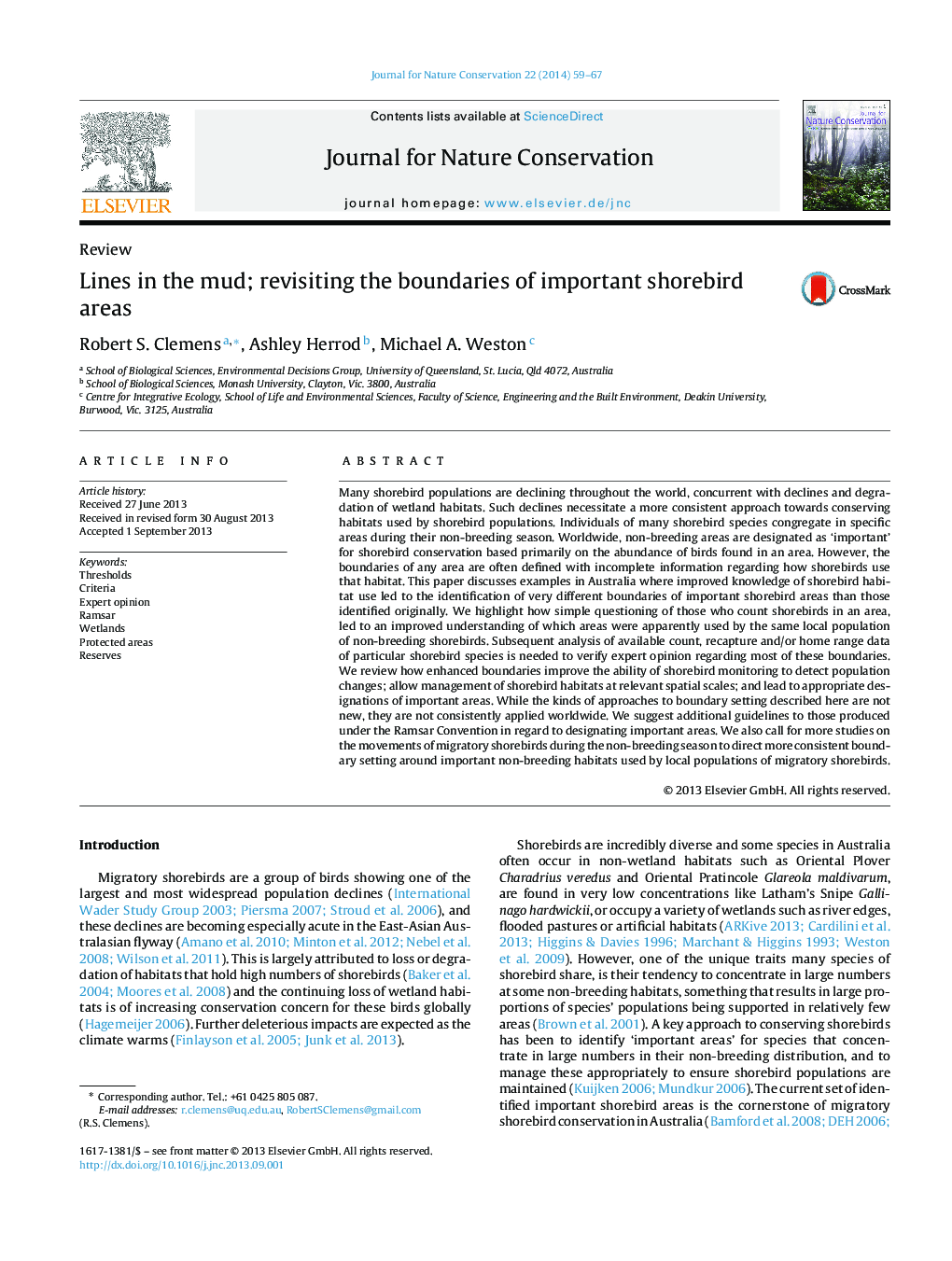 Many shorebird populations are declining throughout the world, concurrent with declines and degradation of wetland habitats. Such declines necessitate a more consistent approach towards conserving habitats used by shorebird populations. Individuals of many shorebird species congregate in specific areas during their non-breeding season. Worldwide, non-breeding areas are designated as ‘important’ for shorebird conservation based primarily on the abundance of birds found in an area. However, the boundaries of any area are often defined with incomplete information regarding how shorebirds use that habitat. This paper discusses examples in Australia where improved knowledge of shorebird habitat use led to the identification of very different boundaries of important shorebird areas than those identified originally. We highlight how simple questioning of those who count shorebirds in an area, led to an improved understanding of which areas were apparently used by the same local population of non-breeding shorebirds. Subsequent analysis of available count, recapture and/or home range data of particular shorebird species is needed to verify expert opinion regarding most of these boundaries. We review how enhanced boundaries improve the ability of shorebird monitoring to detect population changes; allow management of shorebird habitats at relevant spatial scales; and lead to appropriate designations of important areas. While the kinds of approaches to boundary setting described here are not new, they are not consistently applied worldwide. We suggest additional guidelines to those produced under the Ramsar Convention in regard to designating important areas. We also call for more studies on the movements of migratory shorebirds during the non-breeding season to direct more consistent boundary setting around important non-breeding habitats used by local populations of migratory shorebirds.