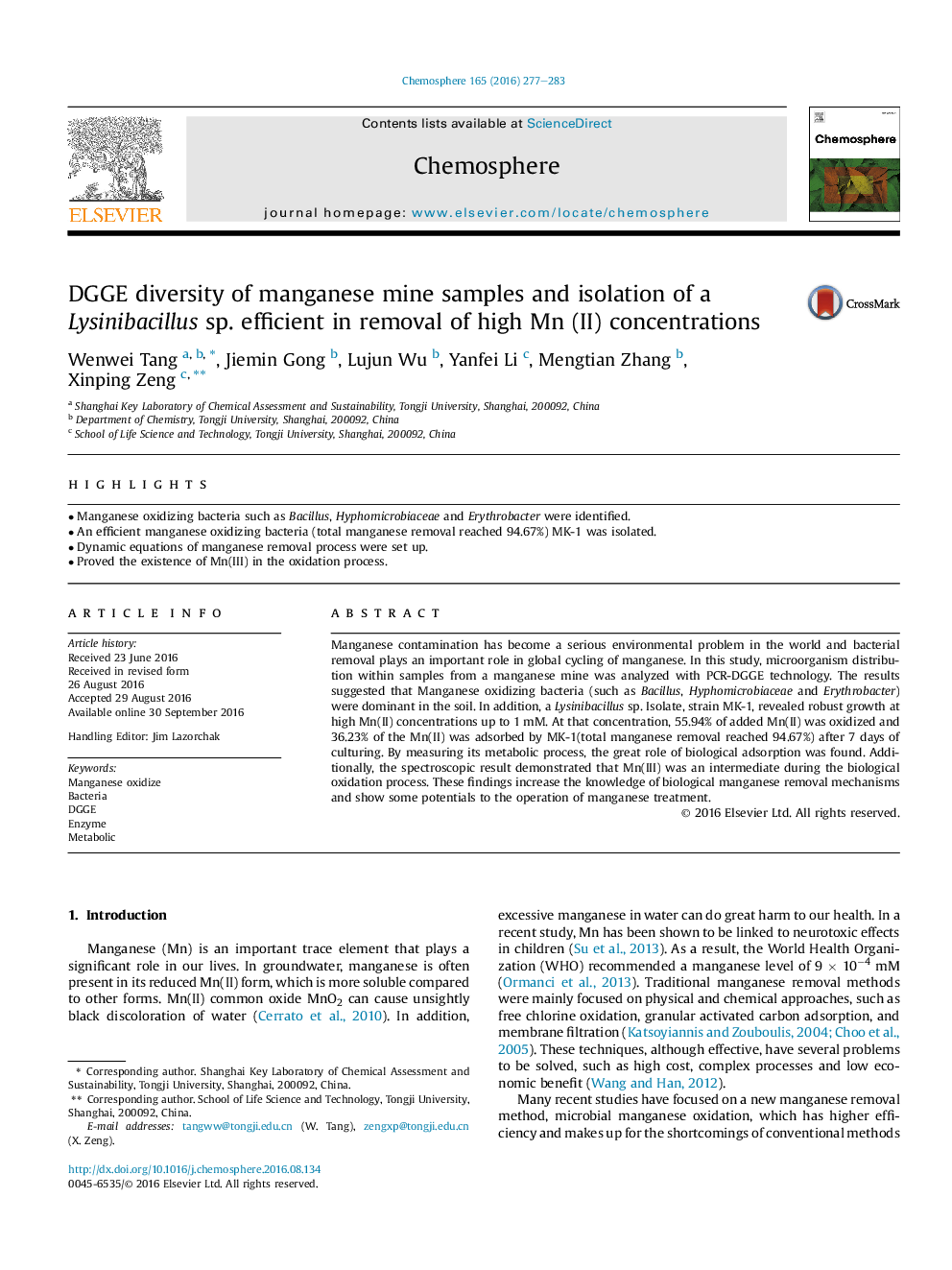 Manganese contamination has become a serious environmental problem in the world and bacterial removal plays an important role in global cycling of manganese. In this study, microorganism distribution within samples from a manganese mine was analyzed with PCR-DGGE technology. The results suggested that Manganese oxidizing bacteria (such as Bacillus, Hyphomicrobiaceae and Erythrobacter) were dominant in the soil. In addition, a Lysinibacillus sp. Isolate, strain MK-1, revealed robust growth at high Mn(II) concentrations up to 1 mM. At that concentration, 55.94% of added Mn(II) was oxidized and 36.23% of the Mn(II) was adsorbed by MK-1(total manganese removal reached 94.67%) after 7 days of culturing. By measuring its metabolic process, the great role of biological adsorption was found. Additionally, the spectroscopic result demonstrated that Mn(III) was an intermediate during the biological oxidation process. These findings increase the knowledge of biological manganese removal mechanisms and show some potentials to the operation of manganese treatment.