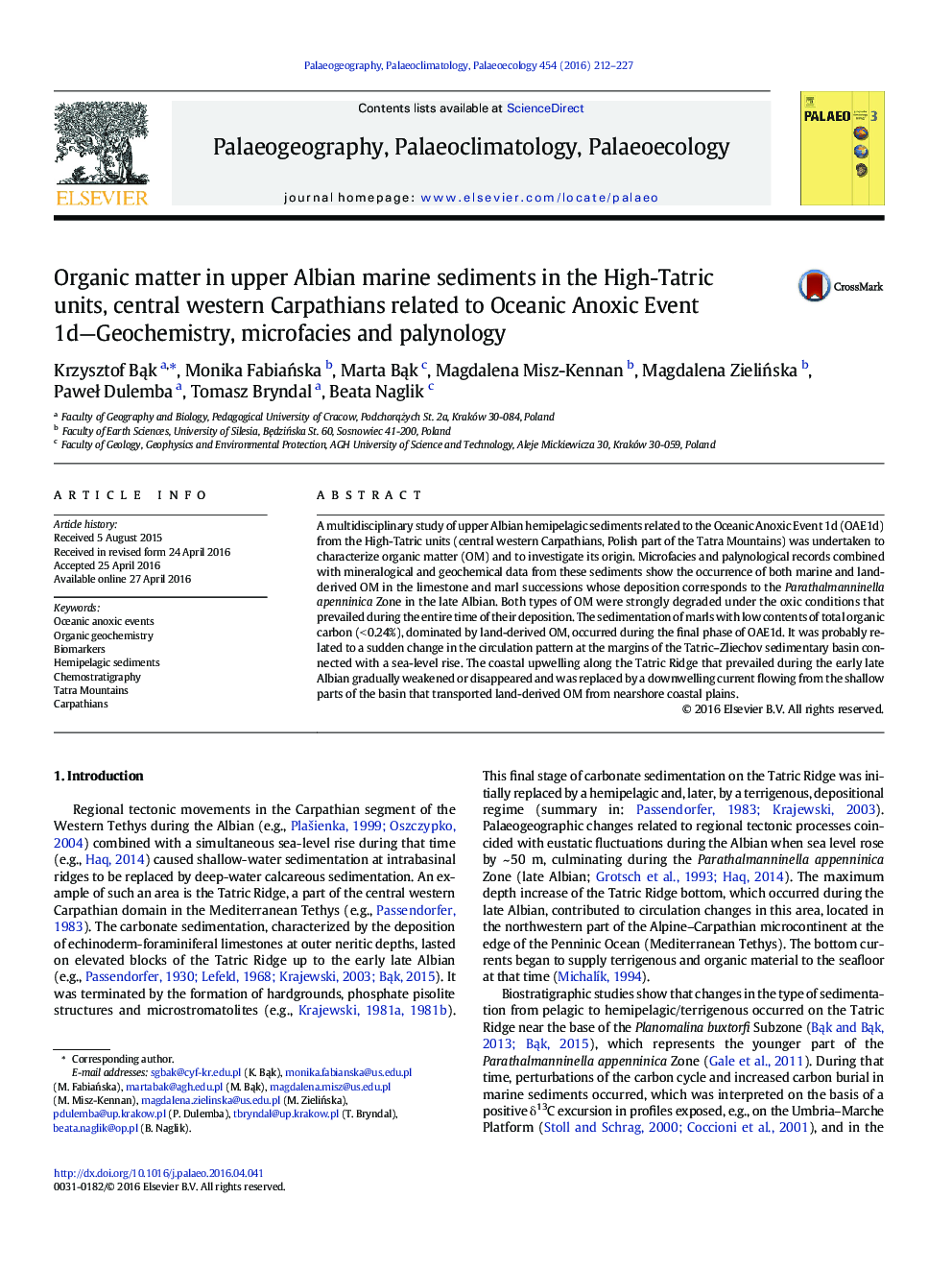 A multidisciplinary study of upper Albian hemipelagic sediments related to the Oceanic Anoxic Event 1d (OAE1d) from the High-Tatric units (central western Carpathians, Polish part of the Tatra Mountains) was undertaken to characterize organic matter (OM) and to investigate its origin. Microfacies and palynological records combined with mineralogical and geochemical data from these sediments show the occurrence of both marine and land-derived OM in the limestone and marl successions whose deposition corresponds to the Parathalmanninella apenninica Zone in the late Albian. Both types of OM were strongly degraded under the oxic conditions that prevailed during the entire time of their deposition. The sedimentation of marls with low contents of total organic carbon (< 0.24%), dominated by land-derived OM, occurred during the final phase of OAE1d. It was probably related to a sudden change in the circulation pattern at the margins of the Tatric–Zliechov sedimentary basin connected with a sea-level rise. The coastal upwelling along the Tatric Ridge that prevailed during the early late Albian gradually weakened or disappeared and was replaced by a downwelling current flowing from the shallow parts of the basin that transported land-derived OM from nearshore coastal plains.