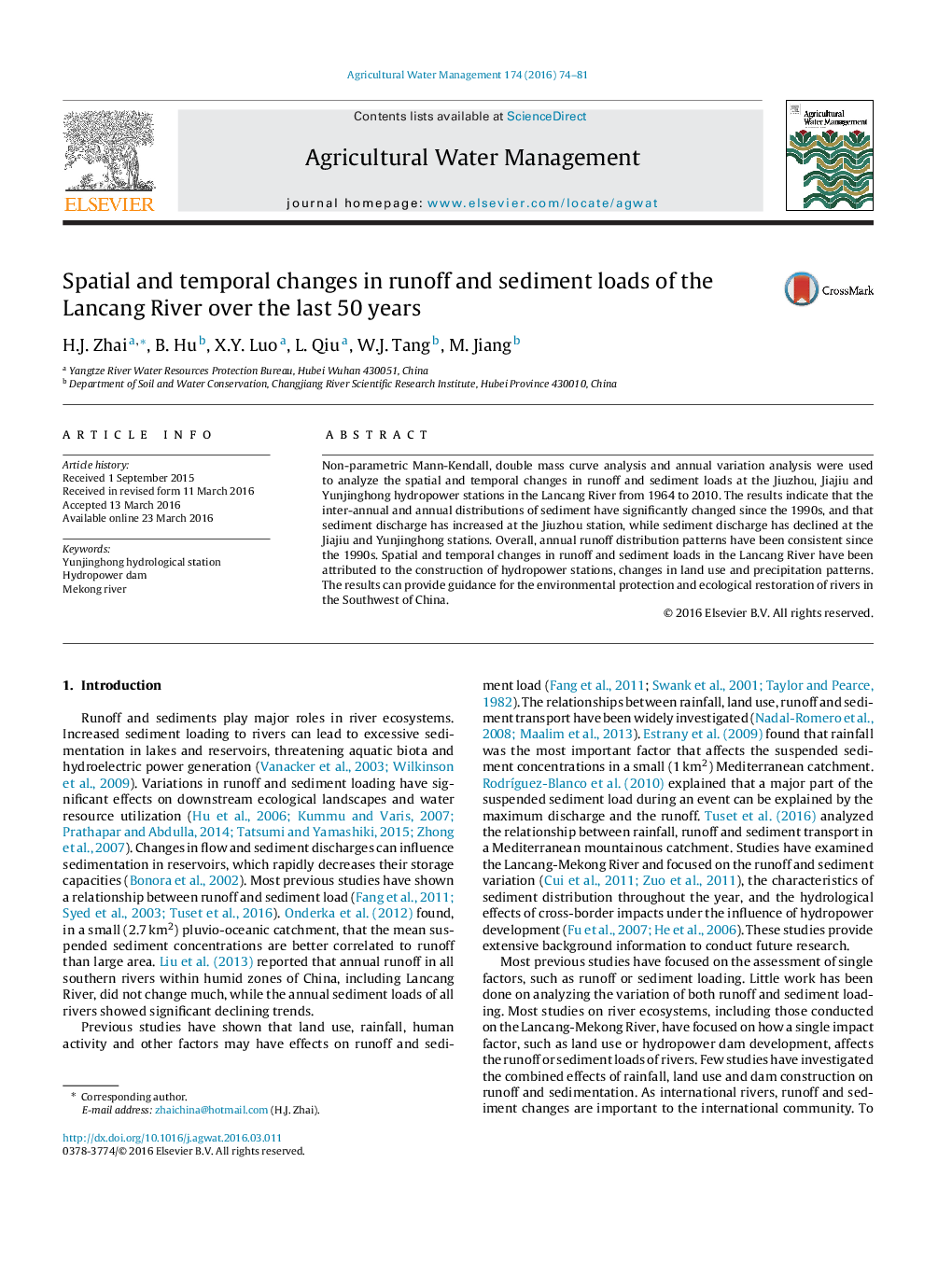 Non-parametric Mann-Kendall, double mass curve analysis and annual variation analysis were used to analyze the spatial and temporal changes in runoff and sediment loads at the Jiuzhou, Jiajiu and Yunjinghong hydropower stations in the Lancang River from 1964 to 2010. The results indicate that the inter-annual and annual distributions of sediment have significantly changed since the 1990s, and that sediment discharge has increased at the Jiuzhou station, while sediment discharge has declined at the Jiajiu and Yunjinghong stations. Overall, annual runoff distribution patterns have been consistent since the 1990s. Spatial and temporal changes in runoff and sediment loads in the Lancang River have been attributed to the construction of hydropower stations, changes in land use and precipitation patterns. The results can provide guidance for the environmental protection and ecological restoration of rivers in the Southwest of China.