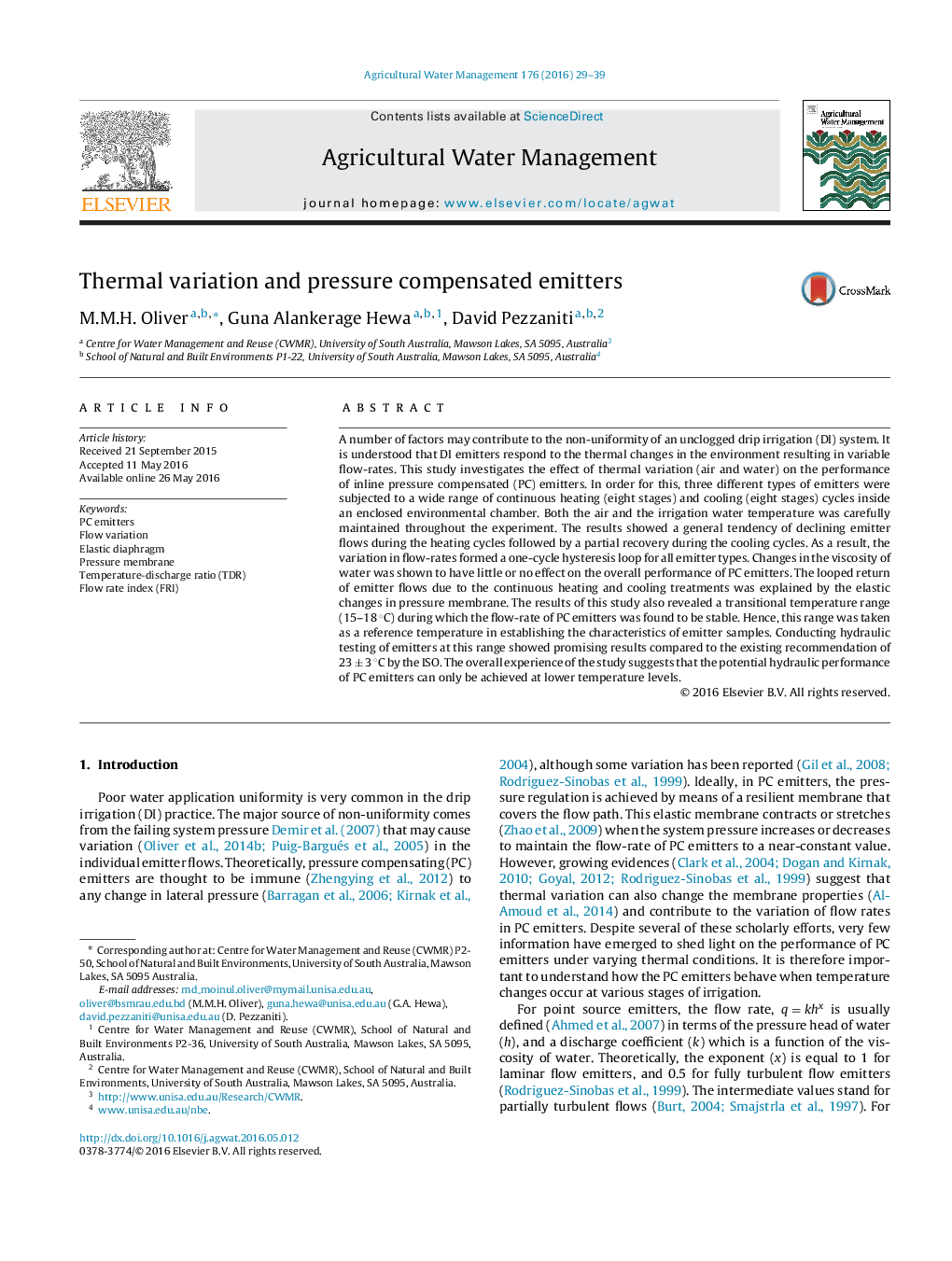 • Flow of PC emitters declined due to heating followed by recovery due to cooling.
• Heating-cooling treatments of emitters resulted in a one-cycle hysteresis loop.
• Viscous changes due to thermal variation did not affect the flow of PC emitters.
• Emitter flows were stable only during transitional temperature range (15–18 °C).
• Potential performance of PC emitters occurs at lower temperature level.

A number of factors may contribute to the non-uniformity of an unclogged drip irrigation (DI) system. It is understood that DI emitters respond to the thermal changes in the environment resulting in variable flow-rates. This study investigates the effect of thermal variation (air and water) on the performance of inline pressure compensated (PC) emitters. In order for this, three different types of emitters were subjected to a wide range of continuous heating (eight stages) and cooling (eight stages) cycles inside an enclosed environmental chamber. Both the air and the irrigation water temperature was carefully maintained throughout the experiment. The results showed a general tendency of declining emitter flows during the heating cycles followed by a partial recovery during the cooling cycles. As a result, the variation in flow-rates formed a one-cycle hysteresis loop for all emitter types. Changes in the viscosity of water was shown to have little or no effect on the overall performance of PC emitters. The looped return of emitter flows due to the continuous heating and cooling treatments was explained by the elastic changes in pressure membrane. The results of this study also revealed a transitional temperature range (15–18 °C) during which the flow-rate of PC emitters was found to be stable. Hence, this range was taken as a reference temperature in establishing the characteristics of emitter samples. Conducting hydraulic testing of emitters at this range showed promising results compared to the existing recommendation of 23 ± 3 °C by the ISO. The overall experience of the study suggests that the potential hydraulic performance of PC emitters can only be achieved at lower temperature levels.