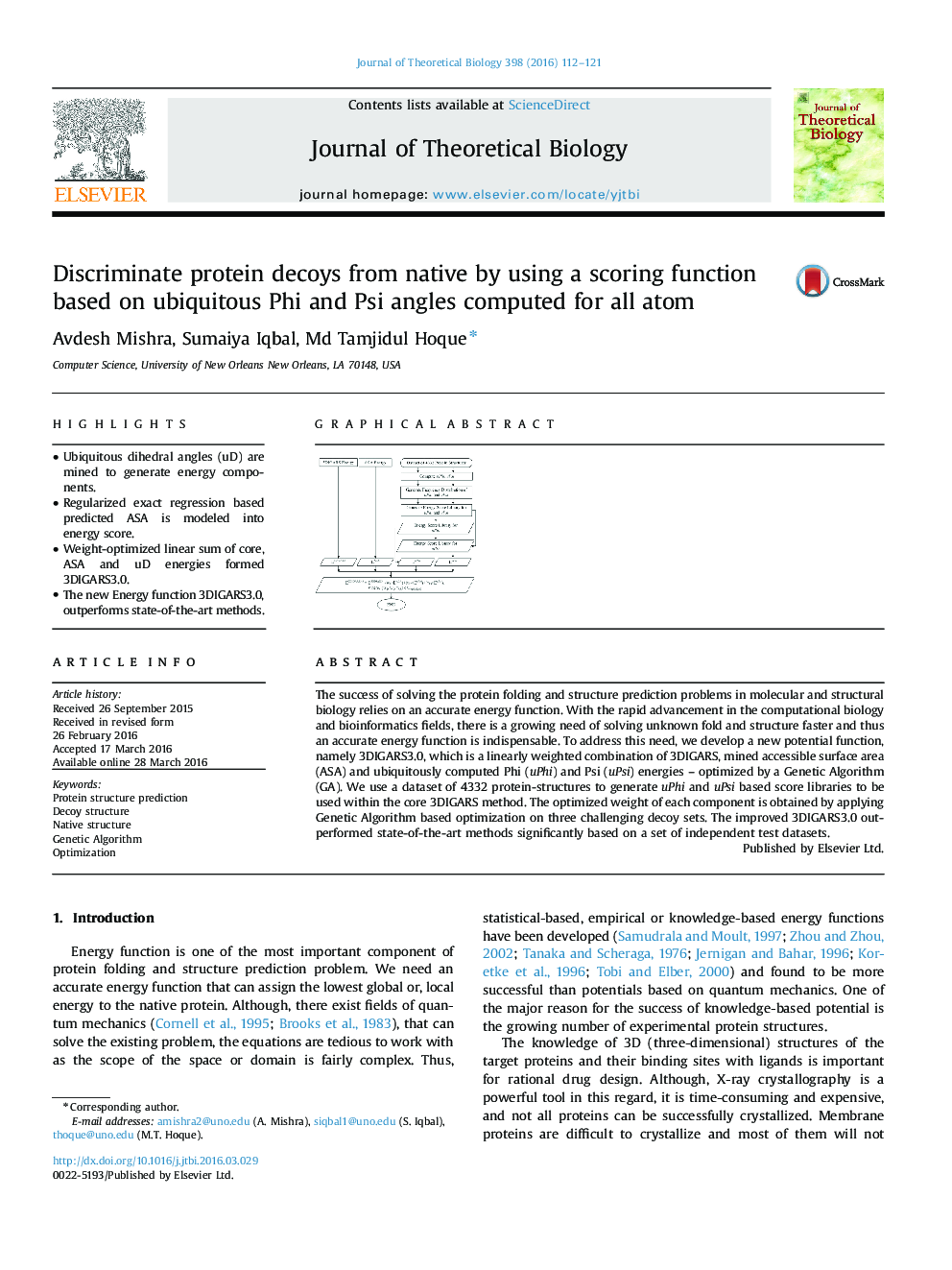 The success of solving the protein folding and structure prediction problems in molecular and structural biology relies on an accurate energy function. With the rapid advancement in the computational biology and bioinformatics fields, there is a growing need of solving unknown fold and structure faster and thus an accurate energy function is indispensable. To address this need, we develop a new potential function, namely 3DIGARS3.0, which is a linearly weighted combination of 3DIGARS, mined accessible surface area (ASA) and ubiquitously computed Phi (uPhi) and Psi (uPsi) energies – optimized by a Genetic Algorithm (GA). We use a dataset of 4332 protein-structures to generate uPhi and uPsi based score libraries to be used within the core 3DIGARS method. The optimized weight of each component is obtained by applying Genetic Algorithm based optimization on three challenging decoy sets. The improved 3DIGARS3.0 outperformed state-of-the-art methods significantly based on a set of independent test datasets.