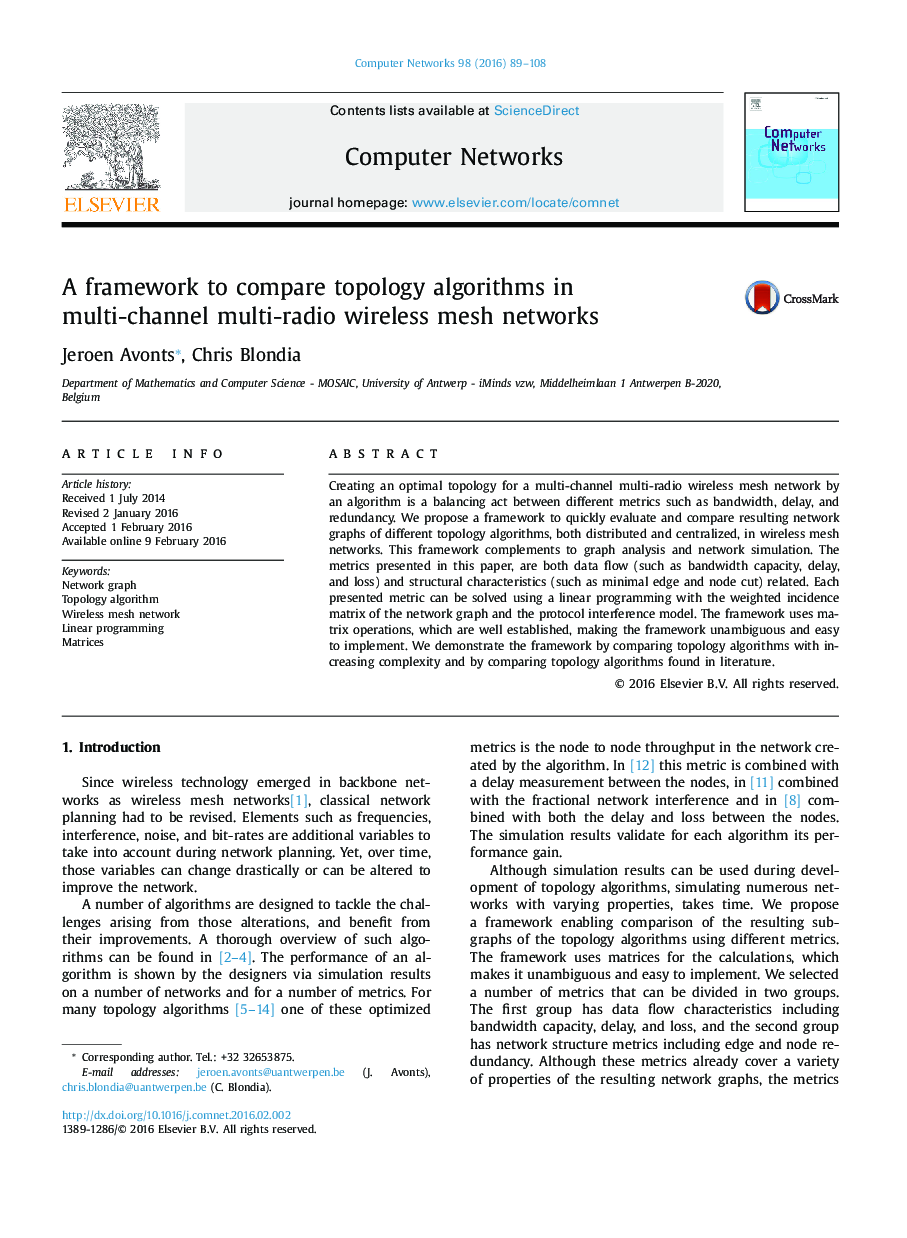 Creating an optimal topology for a multi-channel multi-radio wireless mesh network by an algorithm is a balancing act between different metrics such as bandwidth, delay, and redundancy. We propose a framework to quickly evaluate and compare resulting network graphs of different topology algorithms, both distributed and centralized, in wireless mesh networks. This framework complements to graph analysis and network simulation. The metrics presented in this paper, are both data flow (such as bandwidth capacity, delay, and loss) and structural characteristics (such as minimal edge and node cut) related. Each presented metric can be solved using a linear programming with the weighted incidence matrix of the network graph and the protocol interference model. The framework uses matrix operations, which are well established, making the framework unambiguous and easy to implement. We demonstrate the framework by comparing topology algorithms with increasing complexity and by comparing topology algorithms found in literature.