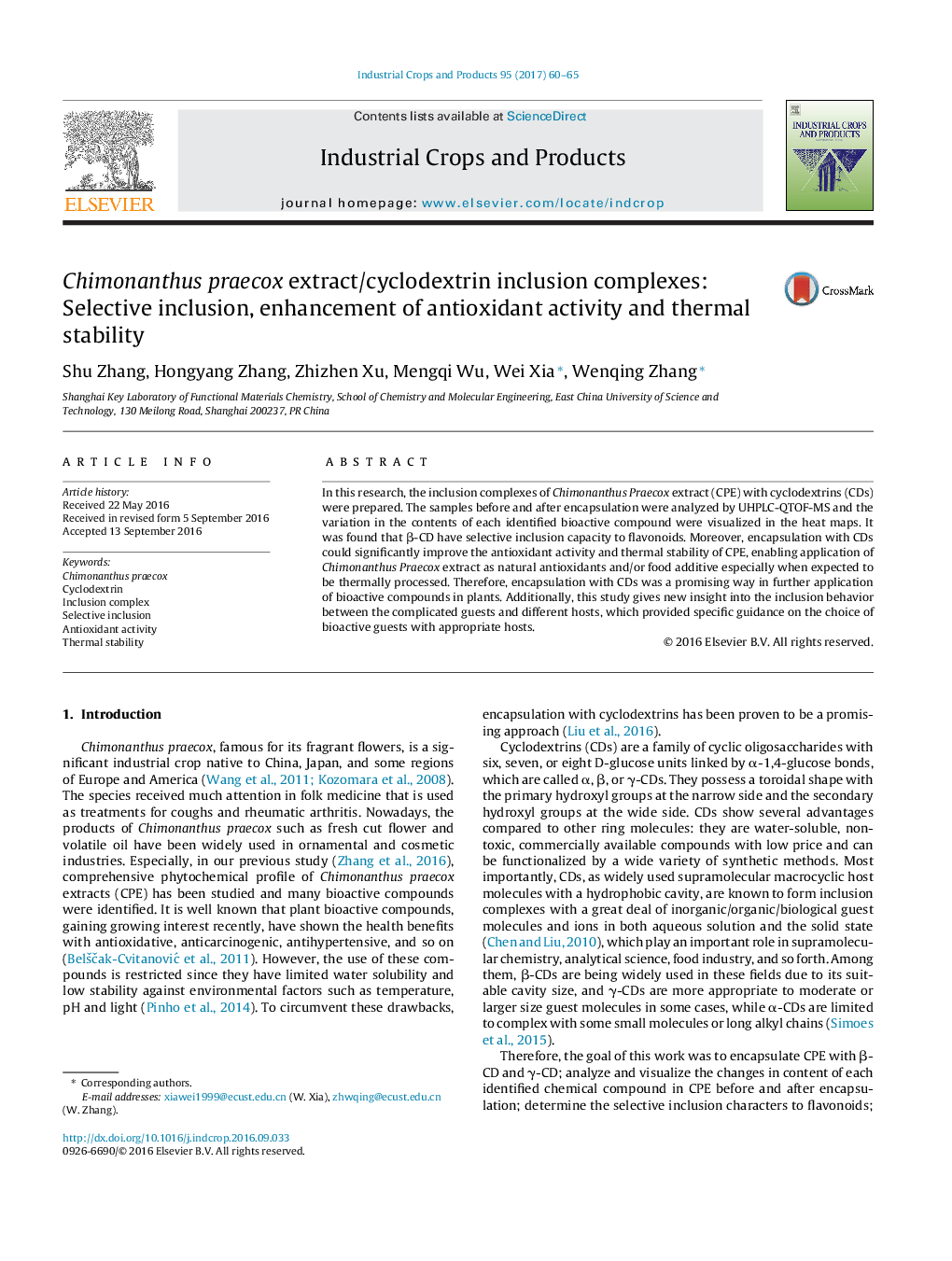 In this research, the inclusion complexes of Chimonanthus Praecox extract (CPE) with cyclodextrins (CDs) were prepared. The samples before and after encapsulation were analyzed by UHPLC-QTOF-MS and the variation in the contents of each identified bioactive compound were visualized in the heat maps. It was found that β-CD have selective inclusion capacity to flavonoids. Moreover, encapsulation with CDs could significantly improve the antioxidant activity and thermal stability of CPE, enabling application of Chimonanthus Praecox extract as natural antioxidants and/or food additive especially when expected to be thermally processed. Therefore, encapsulation with CDs was a promising way in further application of bioactive compounds in plants. Additionally, this study gives new insight into the inclusion behavior between the complicated guests and different hosts, which provided specific guidance on the choice of bioactive guests with appropriate hosts.