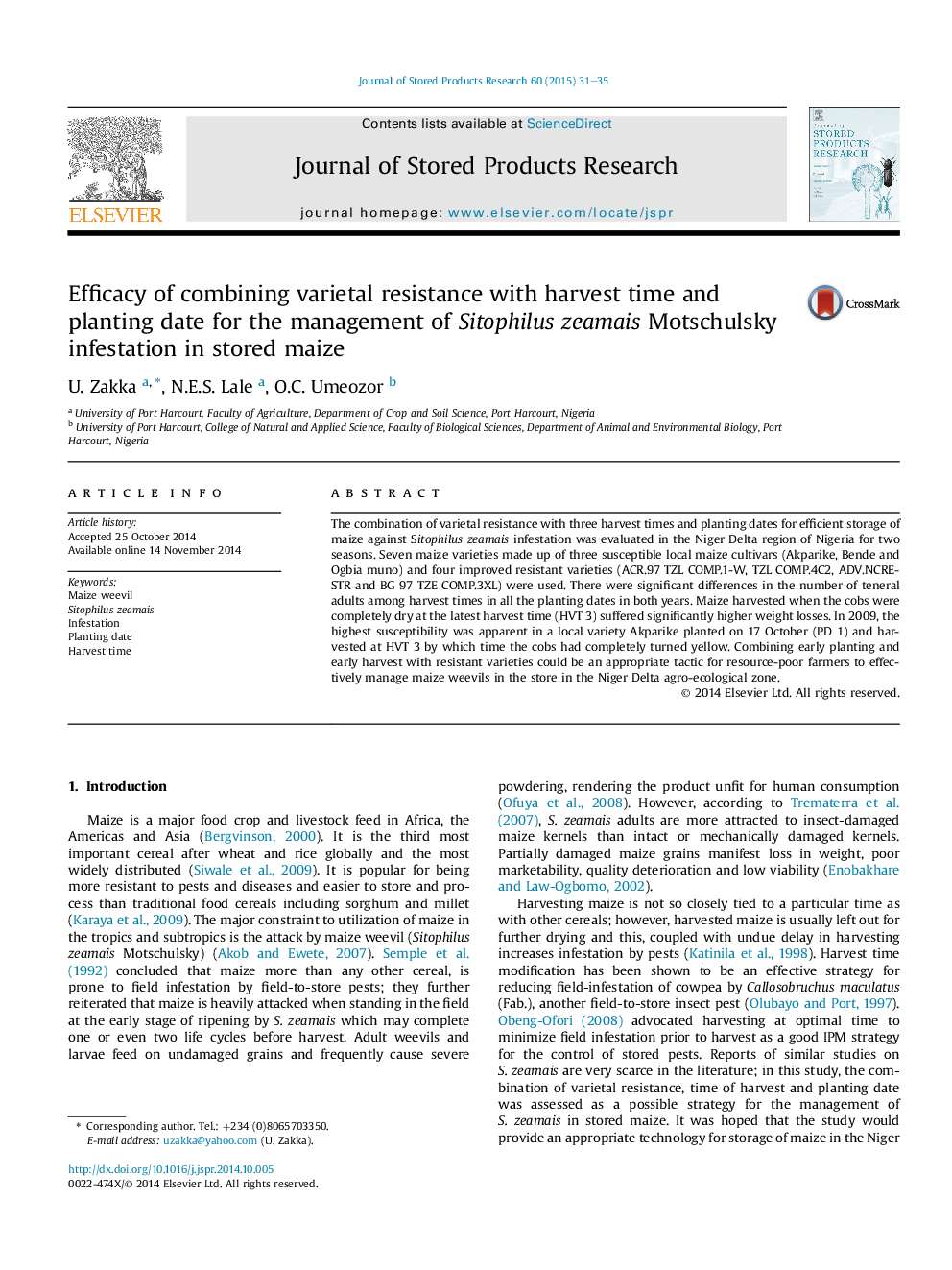 • Sitophilus zeamais, infestation starts in the field and is brought into store with harvest.
• A planting date for resistant varieties in early November may avoid the maize crop appearing at the peak time for insects.
• An earlier harvest time, before maize has finished drying and yellowing, is best for minimizing insect infestation.

The combination of varietal resistance with three harvest times and planting dates for efficient storage of maize against Sitophilus zeamais infestation was evaluated in the Niger Delta region of Nigeria for two seasons. Seven maize varieties made up of three susceptible local maize cultivars (Akparike, Bende and Ogbia muno) and four improved resistant varieties (ACR.97 TZL COMP.1-W, TZL COMP.4C2, ADV.NCRE-STR and BG 97 TZE COMP.3XL) were used. There were significant differences in the number of teneral adults among harvest times in all the planting dates in both years. Maize harvested when the cobs were completely dry at the latest harvest time (HVT 3) suffered significantly higher weight losses. In 2009, the highest susceptibility was apparent in a local variety Akparike planted on 17 October (PD 1) and harvested at HVT 3 by which time the cobs had completely turned yellow. Combining early planting and early harvest with resistant varieties could be an appropriate tactic for resource-poor farmers to effectively manage maize weevils in the store in the Niger Delta agro-ecological zone.