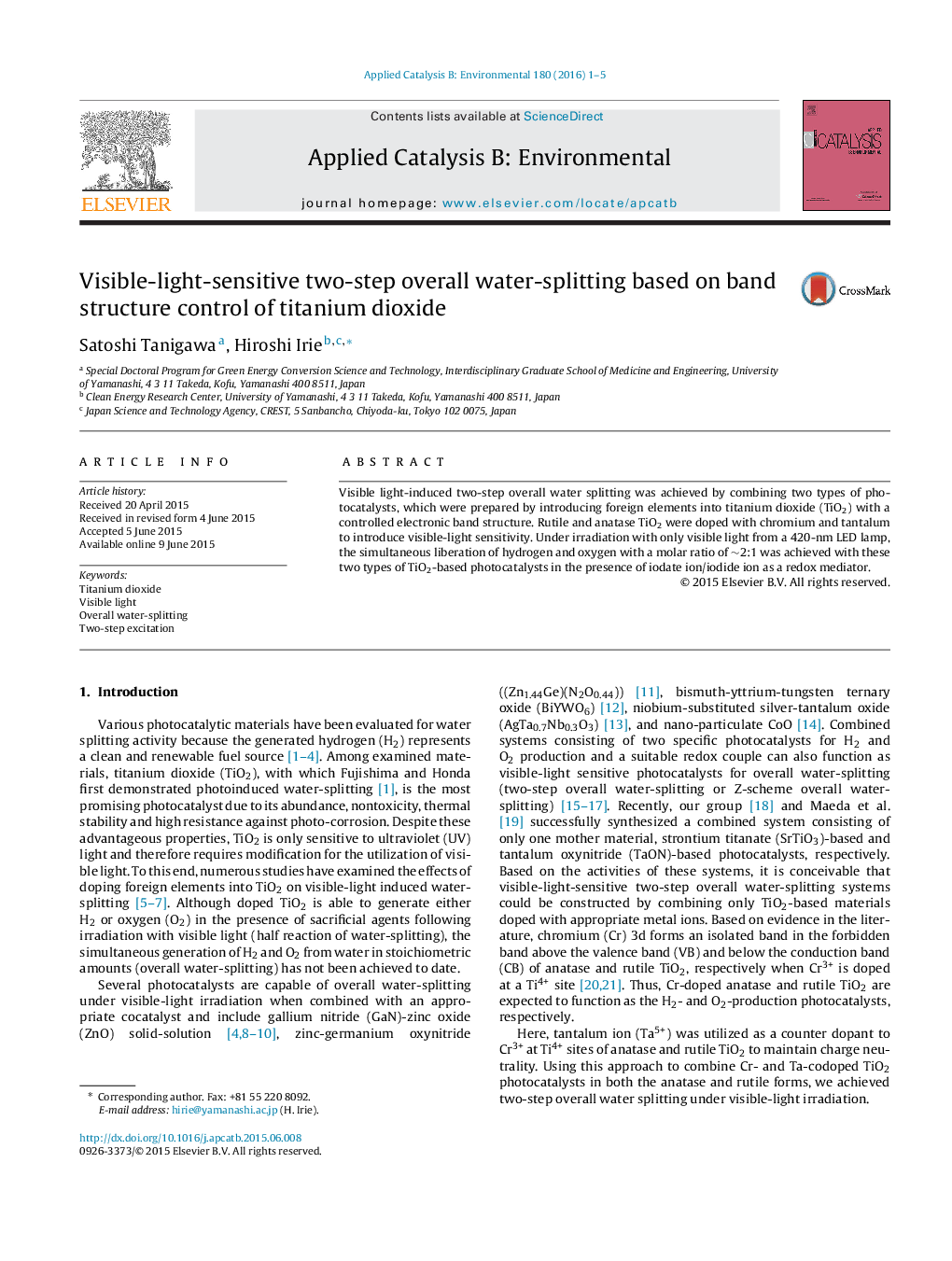 • We established a novel two-step overall water-splitting system.
• The system is composed of two types of TiO2-based photocatalysts.
• The band structure of TiO2 was controlled to be sensitive to visible light.
• The photocatalytic system simultaneously evolves H2 and O2 under only visible light.

Visible light-induced two-step overall water splitting was achieved by combining two types of photocatalysts, which were prepared by introducing foreign elements into titanium dioxide (TiO2) with a controlled electronic band structure. Rutile and anatase TiO2 were doped with chromium and tantalum to introduce visible-light sensitivity. Under irradiation with only visible light from a 420-nm LED lamp, the simultaneous liberation of hydrogen and oxygen with a molar ratio of ∼2:1 was achieved with these two types of TiO2-based photocatalysts in the presence of iodate ion/iodide ion as a redox mediator.