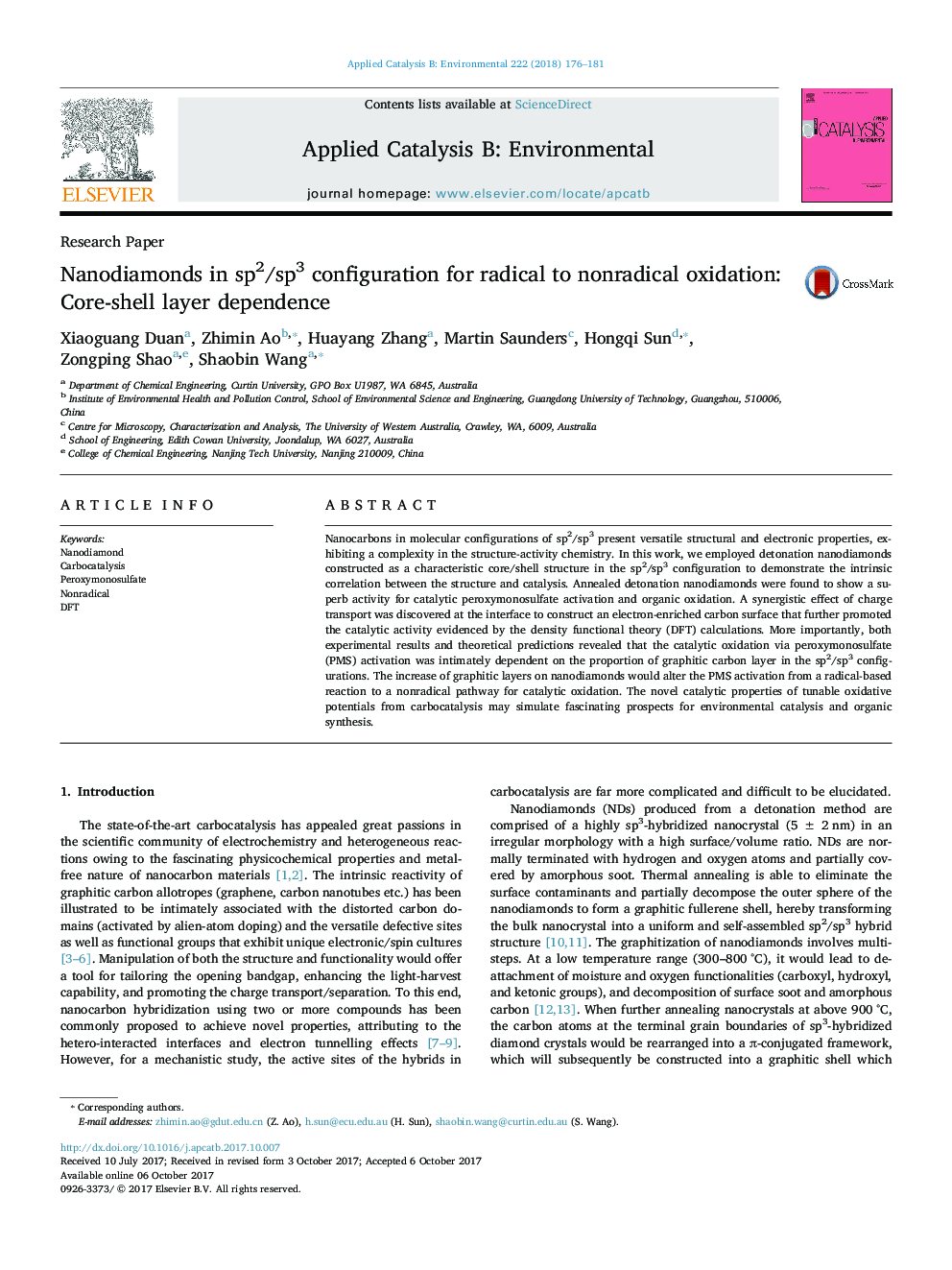 - Graphitized nanodiamonds exhibit a superb activity in peroxymonosulfate activation.
- Annealing temperature manipulates the proportion of graphitic carbon in the hybrid.
- The synergistic effect of the sp2/sp3 nanocarbon leads to an enhanced catalysis.
- Graphitic degree of nanodiamond tailors to the nonradical organic degradation.

Nanocarbons in molecular configurations of sp2/sp3 present versatile structural and electronic properties, exhibiting a complexity in the structure-activity chemistry. In this work, we employed detonation nanodiamonds constructed as a characteristic core/shell structure in the sp2/sp3 configuration to demonstrate the intrinsic correlation between the structure and catalysis. Annealed detonation nanodiamonds were found to show a superb activity for catalytic peroxymonosulfate activation and organic oxidation. A synergistic effect of charge transport was discovered at the interface to construct an electron-enriched carbon surface that further promoted the catalytic activity evidenced by the density functional theory (DFT) calculations. More importantly, both experimental results and theoretical predictions revealed that the catalytic oxidation via peroxymonosulfate (PMS) activation was intimately dependent on the proportion of graphitic carbon layer in the sp2/sp3 configurations. The increase of graphitic layers on nanodiamonds would alter the PMS activation from a radical-based reaction to a nonradical pathway for catalytic oxidation. The novel catalytic properties of tunable oxidative potentials from carbocatalysis may simulate fascinating prospects for environmental catalysis and organic synthesis.