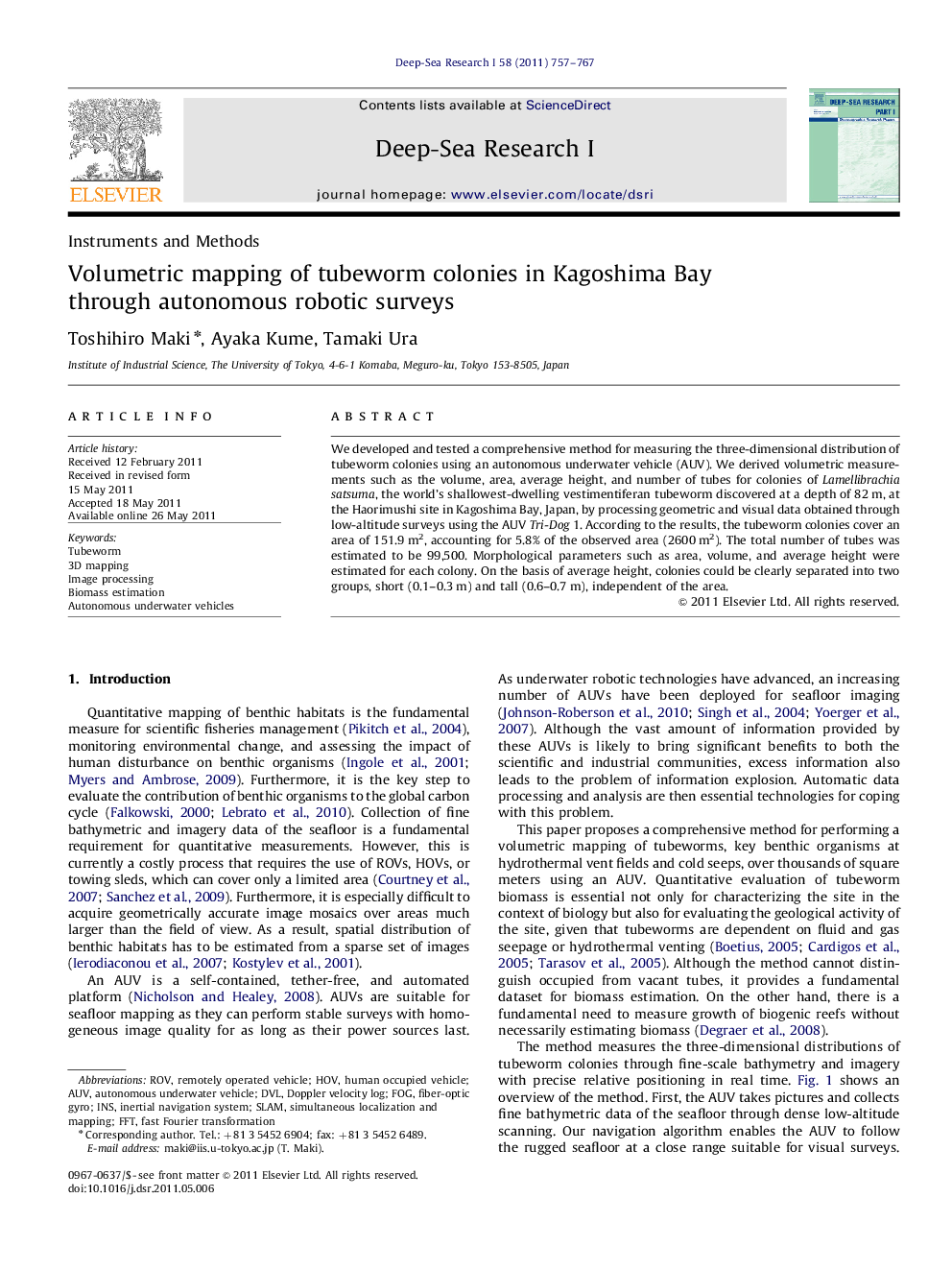 We developed and tested a comprehensive method for measuring the three-dimensional distribution of tubeworm colonies using an autonomous underwater vehicle (AUV). We derived volumetric measurements such as the volume, area, average height, and number of tubes for colonies of Lamellibrachia satsuma, the world's shallowest-dwelling vestimentiferan tubeworm discovered at a depth of 82 m, at the Haorimushi site in Kagoshima Bay, Japan, by processing geometric and visual data obtained through low-altitude surveys using the AUV Tri-Dog 1. According to the results, the tubeworm colonies cover an area of 151.9 m2, accounting for 5.8% of the observed area (2600 m2). The total number of tubes was estimated to be 99,500. Morphological parameters such as area, volume, and average height were estimated for each colony. On the basis of average height, colonies could be clearly separated into two groups, short (0.1–0.3 m) and tall (0.6–0.7 m), independent of the area.