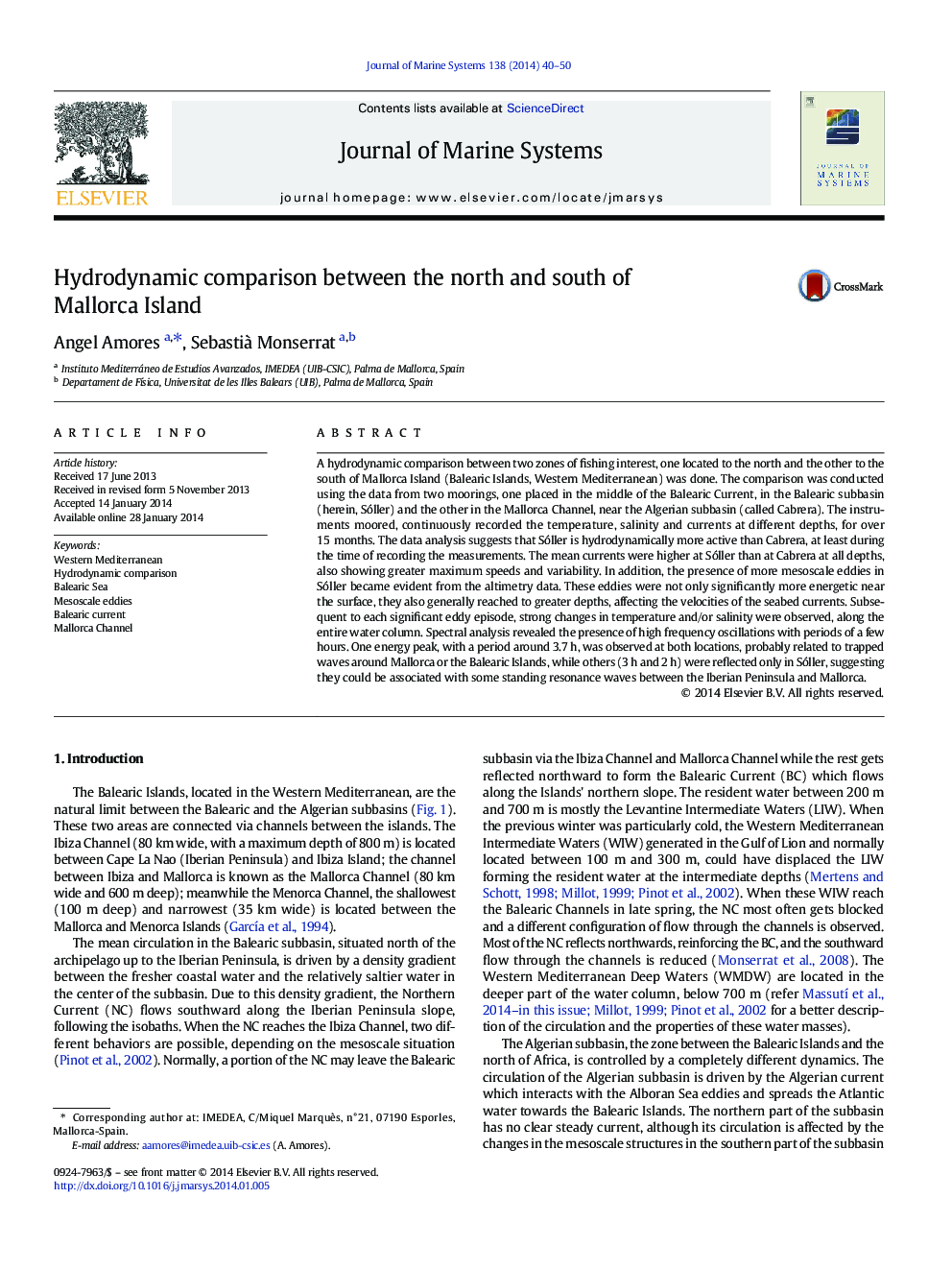 چکیده انگلیسی
A hydrodynamic comparison between two zones of fishing interest, one located to the north and the other to the south of Mallorca Island (Balearic Islands, Western Mediterranean) was done. The comparison was conducted using the data from two moorings, one placed in the middle of the Balearic Current, in the Balearic subbasin (herein, Sóller) and the other in the Mallorca Channel, near the Algerian subbasin (called Cabrera). The instruments moored, continuously recorded the temperature, salinity and currents at different depths, for over 15Â months. The data analysis suggests that Sóller is hydrodynamically more active than Cabrera, at least during the time of recording the measurements. The mean currents were higher at Sóller than at Cabrera at all depths, also showing greater maximum speeds and variability. In addition, the presence of more mesoscale eddies in Sóller became evident from the altimetry data. These eddies were not only significantly more energetic near the surface, they also generally reached to greater depths, affecting the velocities of the seabed currents. Subsequent to each significant eddy episode, strong changes in temperature and/or salinity were observed, along the entire water column. Spectral analysis revealed the presence of high frequency oscillations with periods of a few hours. One energy peak, with a period around 3.7Â h, was observed at both locations, probably related to trapped waves around Mallorca or the Balearic Islands, while others (3Â h and 2Â h) were reflected only in Sóller, suggesting they could be associated with some standing resonance waves between the Iberian Peninsula and Mallorca.
ناشر
Database: Elsevier - ScienceDirect (ساینس دایرکت)
Journal: Journal of Marine Systems - Volume 138, October 2014, Pages 40-50
نویسندگان
Angel Amores, SebastiÃ  Monserrat,
دانلود مقاله + سفارش ترجمه
دانلود مقاله ISI انگلیسی
رایگان برای ایرانیان
سفارش ترجمه تخصصی
با تضمین قیمت و کیفیت
منتشر شده در