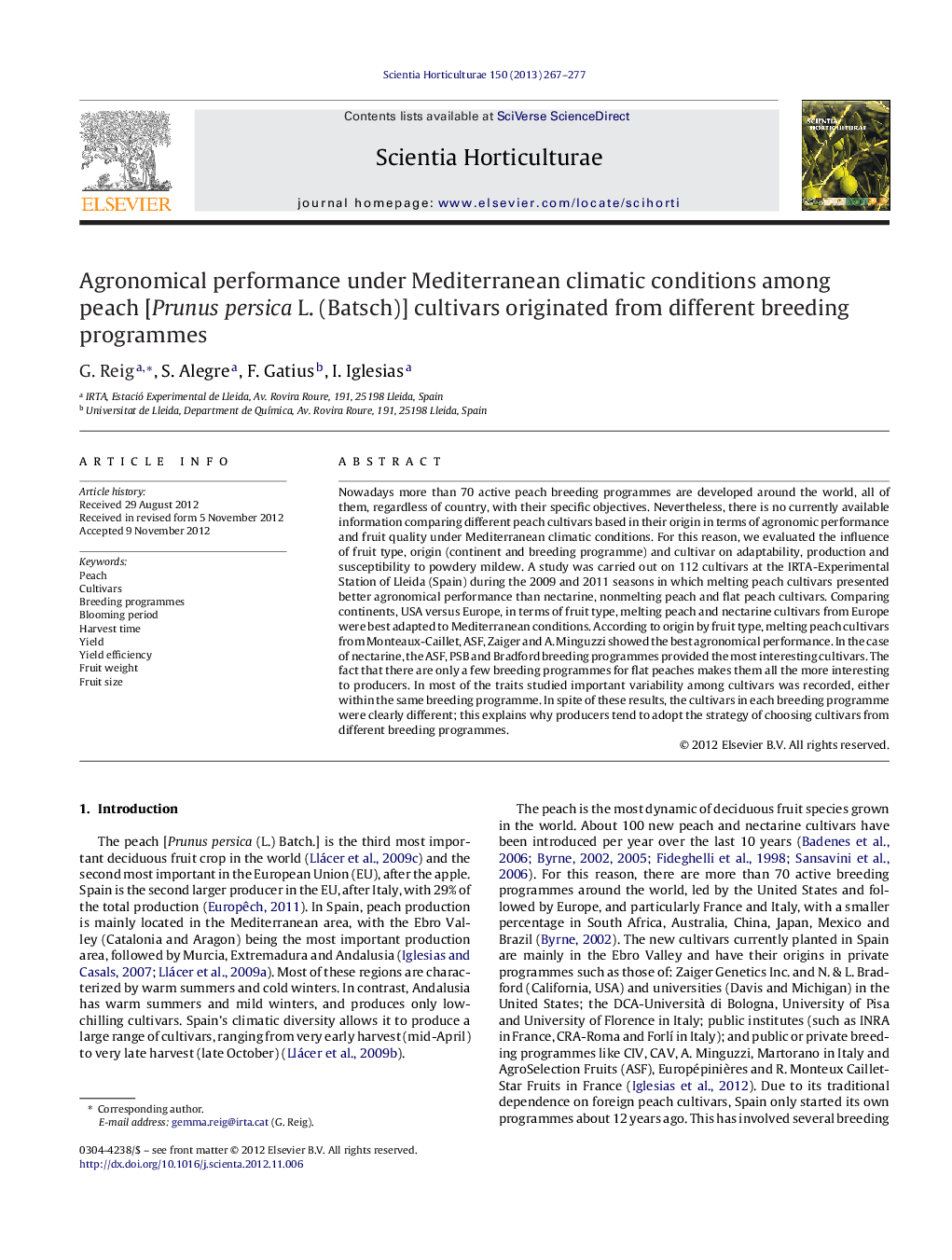 ► Agronomical performance was better in melting peach cultivars than the others fruit types.
► Melting peach and nectarine cultivars from Europe were better adapted than the USA cultivars.
► Monteaux-Caillet, ASF, Zaiger and Minguzzi showed the best performance in the case of melting peach.
► In nectarine the best results were for ASF, PSB and Bradford.
► In most of the traits studied important variability among cultivars was recorded.