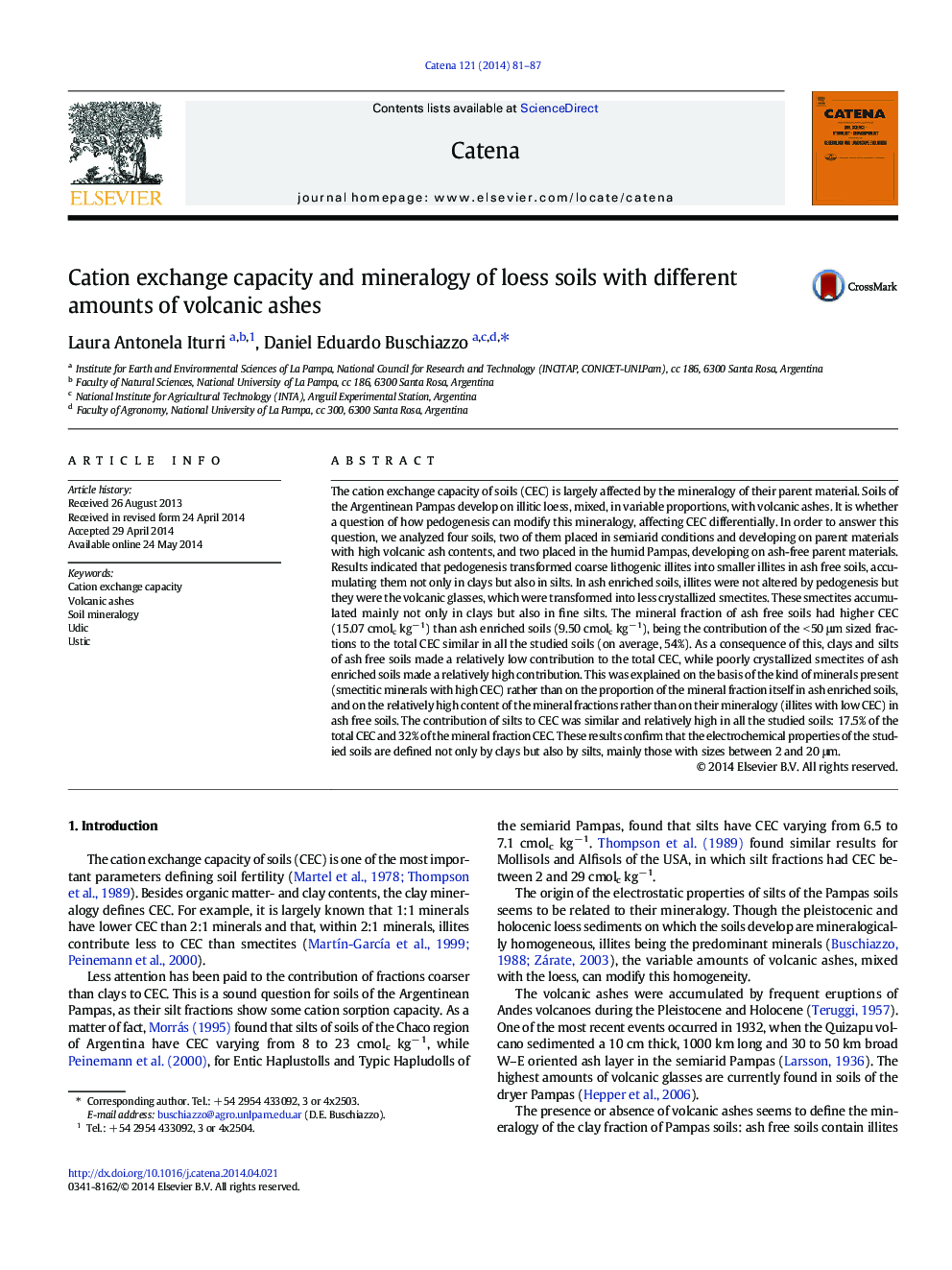 The cation exchange capacity of soils (CEC) is largely affected by the mineralogy of their parent material. Soils of the Argentinean Pampas develop on illitic loess, mixed, in variable proportions, with volcanic ashes. It is whether a question of how pedogenesis can modify this mineralogy, affecting CEC differentially. In order to answer this question, we analyzed four soils, two of them placed in semiarid conditions and developing on parent materials with high volcanic ash contents, and two placed in the humid Pampas, developing on ash-free parent materials. Results indicated that pedogenesis transformed coarse lithogenic illites into smaller illites in ash free soils, accumulating them not only in clays but also in silts. In ash enriched soils, illites were not altered by pedogenesis but they were the volcanic glasses, which were transformed into less crystallized smectites. These smectites accumulated mainly not only in clays but also in fine silts. The mineral fraction of ash free soils had higher CEC (15.07 cmolc kg− 1) than ash enriched soils (9.50 cmolc kg− 1), being the contribution of the < 50 μm sized fractions to the total CEC similar in all the studied soils (on average, 54%). As a consequence of this, clays and silts of ash free soils made a relatively low contribution to the total CEC, while poorly crystallized smectites of ash enriched soils made a relatively high contribution. This was explained on the basis of the kind of minerals present (smectitic minerals with high CEC) rather than on the proportion of the mineral fraction itself in ash enriched soils, and on the relatively high content of the mineral fractions rather than on their mineralogy (illites with low CEC) in ash free soils. The contribution of silts to CEC was similar and relatively high in all the studied soils: 17.5% of the total CEC and 32% of the mineral fraction CEC. These results confirm that the electrochemical properties of the studied soils are defined not only by clays but also by silts, mainly those with sizes between 2 and 20 μm.