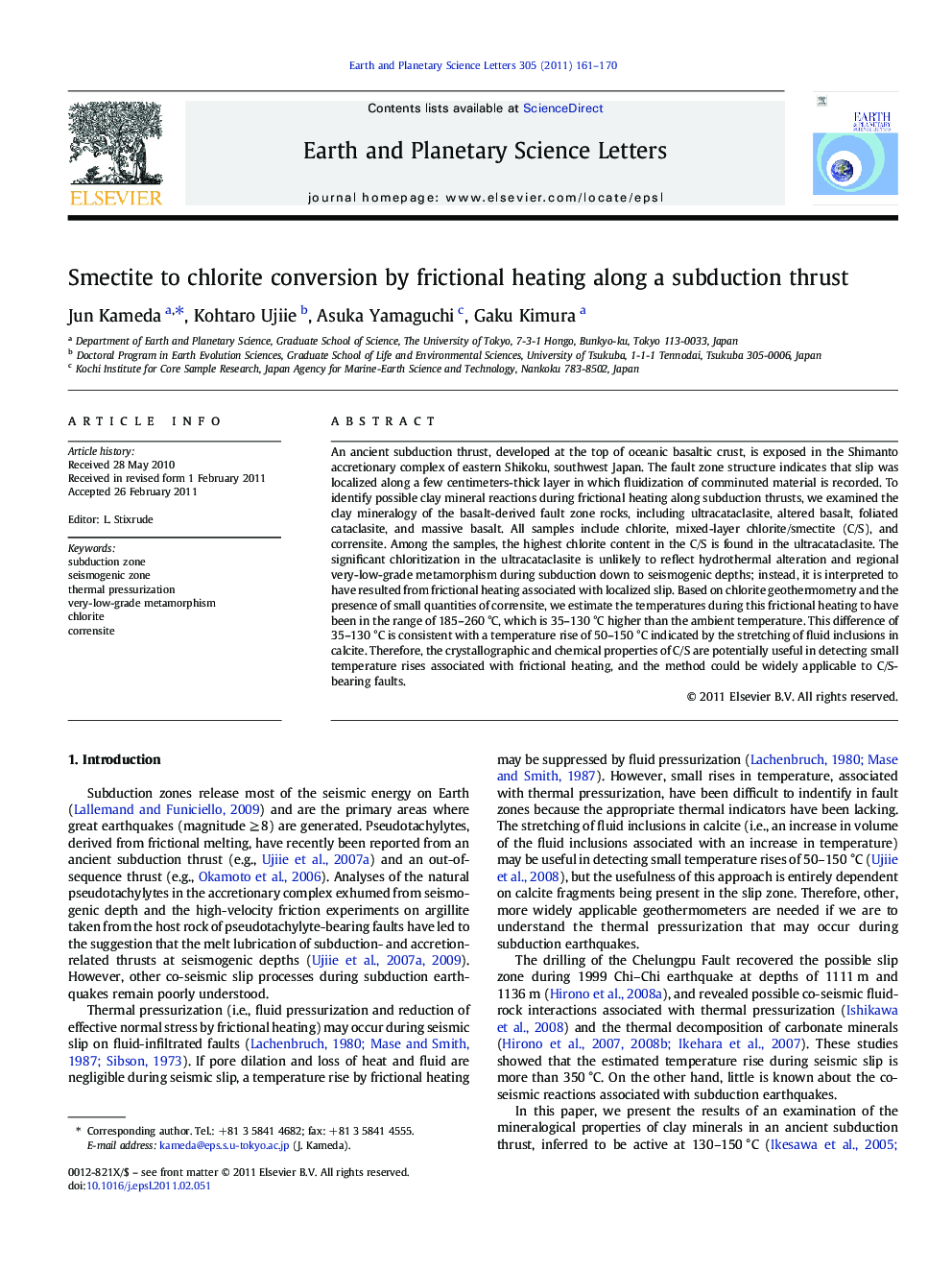 An ancient subduction thrust, developed at the top of oceanic basaltic crust, is exposed in the Shimanto accretionary complex of eastern Shikoku, southwest Japan. The fault zone structure indicates that slip was localized along a few centimeters-thick layer in which fluidization of comminuted material is recorded. To identify possible clay mineral reactions during frictional heating along subduction thrusts, we examined the clay mineralogy of the basalt-derived fault zone rocks, including ultracataclasite, altered basalt, foliated cataclasite, and massive basalt. All samples include chlorite, mixed-layer chlorite/smectite (C/S), and corrensite. Among the samples, the highest chlorite content in the C/S is found in the ultracataclasite. The significant chloritization in the ultracataclasite is unlikely to reflect hydrothermal alteration and regional very-low-grade metamorphism during subduction down to seismogenic depths; instead, it is interpreted to have resulted from frictional heating associated with localized slip. Based on chlorite geothermometry and the presence of small quantities of corrensite, we estimate the temperatures during this frictional heating to have been in the range of 185–260 °C, which is 35–130 °C higher than the ambient temperature. This difference of 35–130 °C is consistent with a temperature rise of 50–150 °C indicated by the stretching of fluid inclusions in calcite. Therefore, the crystallographic and chemical properties of C/S are potentially useful in detecting small temperature rises associated with frictional heating, and the method could be widely applicable to C/S-bearing faults.

Research Highlights
► An ancient basalt-derived subduction thrust is developed in the Shimanto belt, Japan.
► Slip was localized along a thin ultracataclasite layer.
► A marked chloritization in C/S was found in the slip zone.
► Chlorite geothermometry indicates 35–130 °C temperature rise by frictional heating.