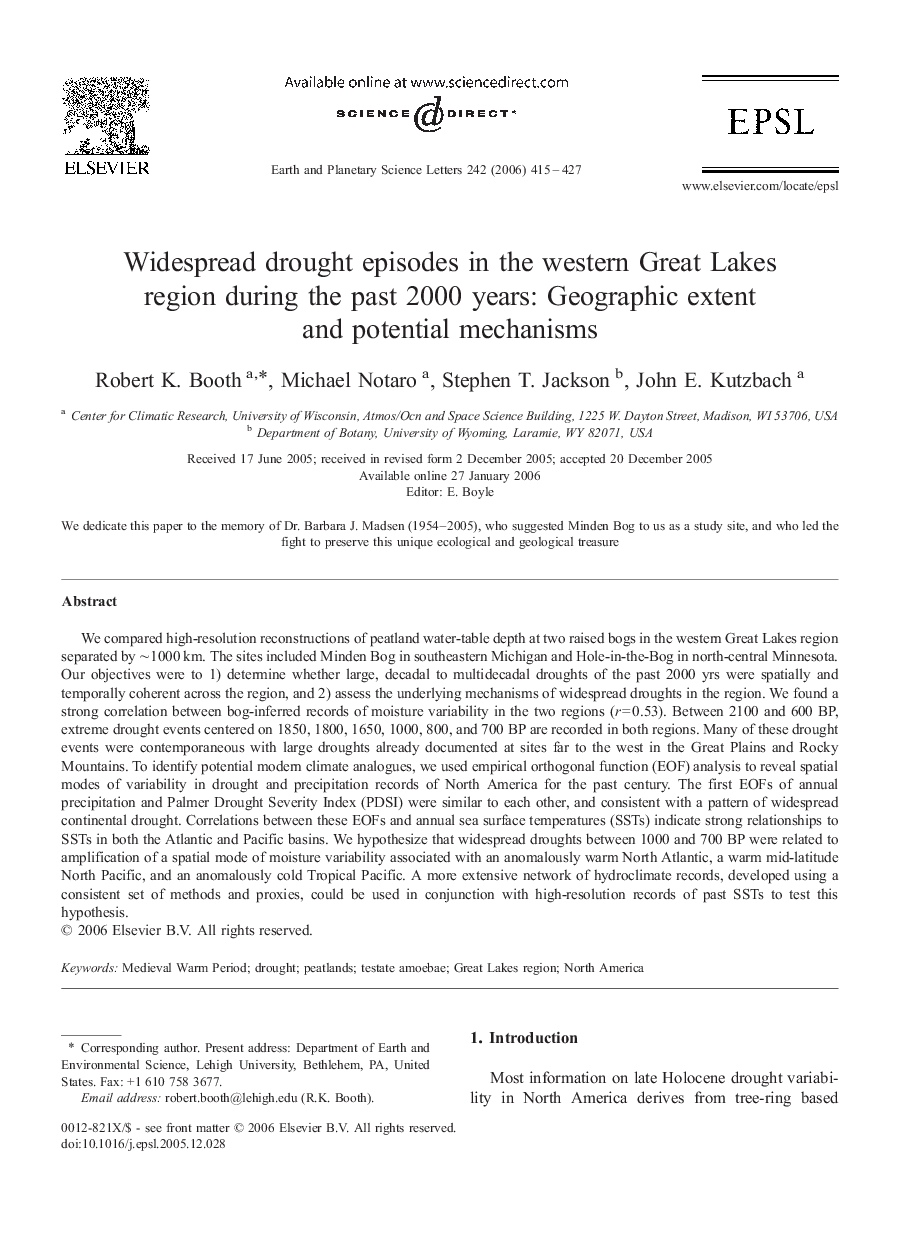 We compared high-resolution reconstructions of peatland water-table depth at two raised bogs in the western Great Lakes region separated by ∼1000 km. The sites included Minden Bog in southeastern Michigan and Hole-in-the-Bog in north-central Minnesota. Our objectives were to 1) determine whether large, decadal to multidecadal droughts of the past 2000 yrs were spatially and temporally coherent across the region, and 2) assess the underlying mechanisms of widespread droughts in the region. We found a strong correlation between bog-inferred records of moisture variability in the two regions (r = 0.53). Between 2100 and 600 BP, extreme drought events centered on 1850, 1800, 1650, 1000, 800, and 700 BP are recorded in both regions. Many of these drought events were contemporaneous with large droughts already documented at sites far to the west in the Great Plains and Rocky Mountains. To identify potential modern climate analogues, we used empirical orthogonal function (EOF) analysis to reveal spatial modes of variability in drought and precipitation records of North America for the past century. The first EOFs of annual precipitation and Palmer Drought Severity Index (PDSI) were similar to each other, and consistent with a pattern of widespread continental drought. Correlations between these EOFs and annual sea surface temperatures (SSTs) indicate strong relationships to SSTs in both the Atlantic and Pacific basins. We hypothesize that widespread droughts between 1000 and 700 BP were related to amplification of a spatial mode of moisture variability associated with an anomalously warm North Atlantic, a warm mid-latitude North Pacific, and an anomalously cold Tropical Pacific. A more extensive network of hydroclimate records, developed using a consistent set of methods and proxies, could be used in conjunction with high-resolution records of past SSTs to test this hypothesis.