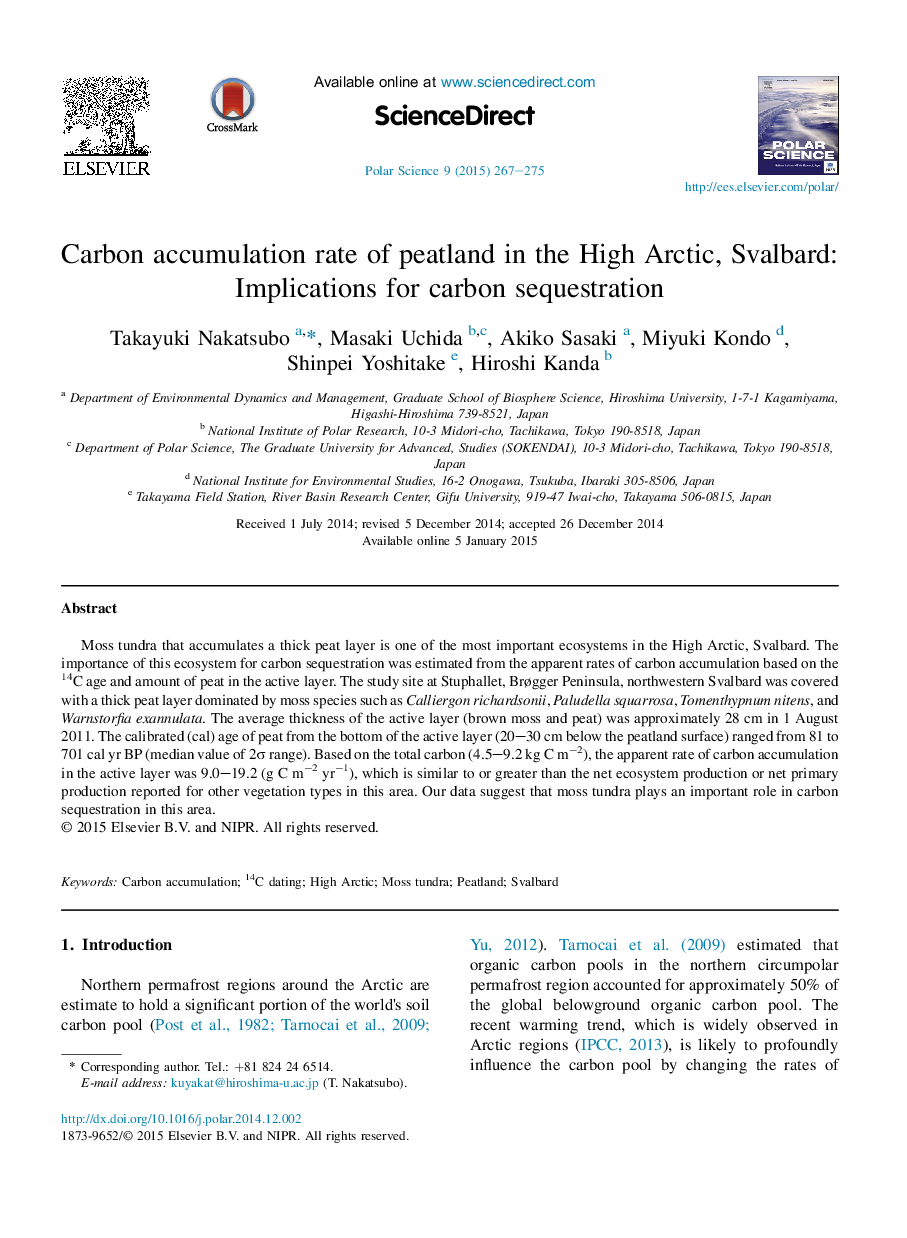 Moss tundra that accumulates a thick peat layer is one of the most important ecosystems in the High Arctic, Svalbard. The importance of this ecosystem for carbon sequestration was estimated from the apparent rates of carbon accumulation based on the 14C age and amount of peat in the active layer. The study site at Stuphallet, Brøgger Peninsula, northwestern Svalbard was covered with a thick peat layer dominated by moss species such as Calliergon richardsonii, Paludella squarrosa, Tomenthypnum nitens, and Warnstorfia exannulata. The average thickness of the active layer (brown moss and peat) was approximately 28 cm in 1 August 2011. The calibrated (cal) age of peat from the bottom of the active layer (20–30 cm below the peatland surface) ranged from 81 to 701 cal yr BP (median value of 2σ range). Based on the total carbon (4.5–9.2 kg C m−2), the apparent rate of carbon accumulation in the active layer was 9.0–19.2 (g C m−2 yr−1), which is similar to or greater than the net ecosystem production or net primary production reported for other vegetation types in this area. Our data suggest that moss tundra plays an important role in carbon sequestration in this area.