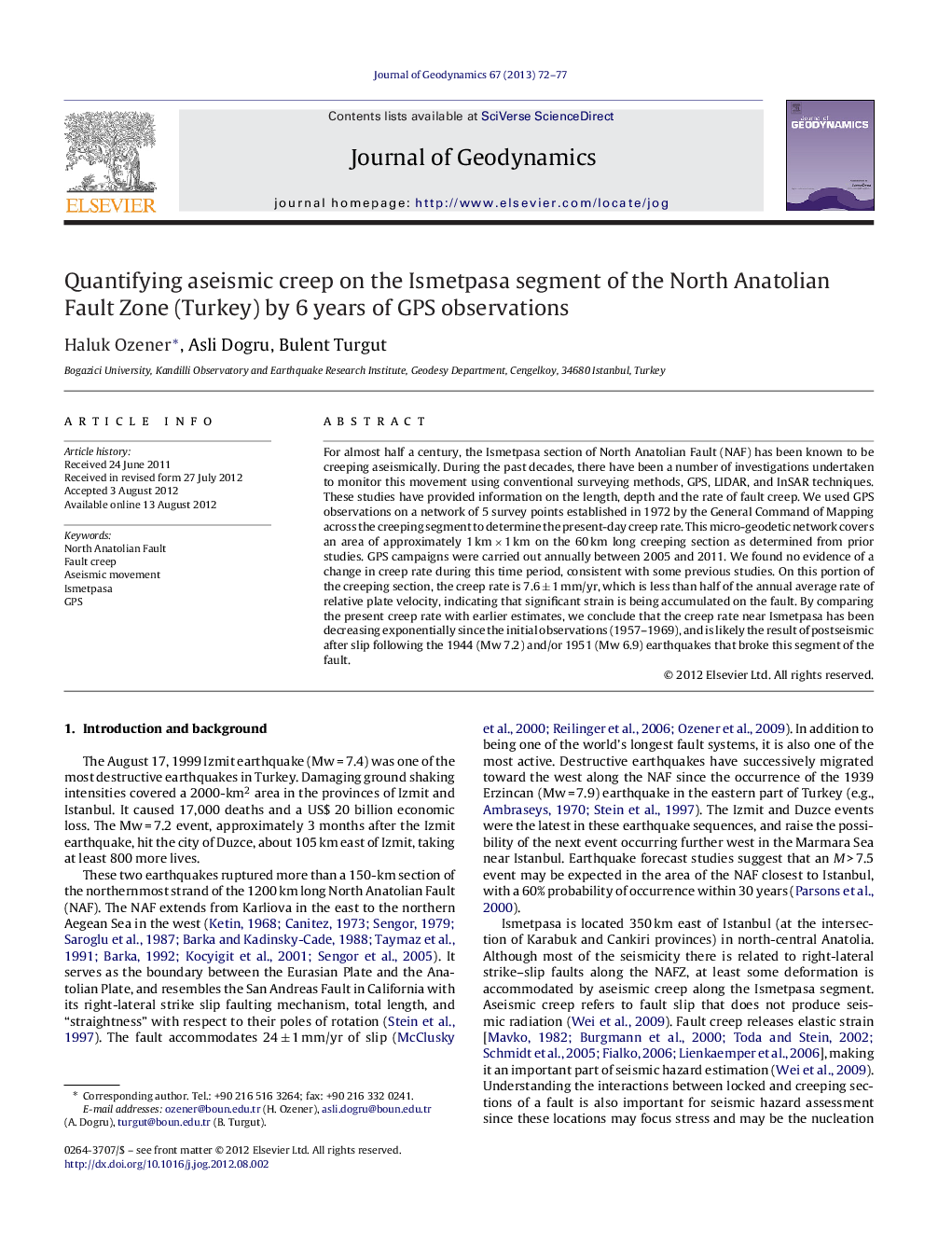 For almost half a century, the Ismetpasa section of North Anatolian Fault (NAF) has been known to be creeping aseismically. During the past decades, there have been a number of investigations undertaken to monitor this movement using conventional surveying methods, GPS, LIDAR, and InSAR techniques. These studies have provided information on the length, depth and the rate of fault creep. We used GPS observations on a network of 5 survey points established in 1972 by the General Command of Mapping across the creeping segment to determine the present-day creep rate. This micro-geodetic network covers an area of approximately 1 km × 1 km on the 60 km long creeping section as determined from prior studies. GPS campaigns were carried out annually between 2005 and 2011. We found no evidence of a change in creep rate during this time period, consistent with some previous studies. On this portion of the creeping section, the creep rate is 7.6 ± 1 mm/yr, which is less than half of the annual average rate of relative plate velocity, indicating that significant strain is being accumulated on the fault. By comparing the present creep rate with earlier estimates, we conclude that the creep rate near Ismetpasa has been decreasing exponentially since the initial observations (1957–1969), and is likely the result of postseismic after slip following the 1944 (Mw 7.2) and/or 1951 (Mw 6.9) earthquakes that broke this segment of the fault.

► We studied the Ismetpasa creeping section of North Anatolian Fault by GPS technique.
► We analyzed 6 years of GPS observations and found 7.6 ± 1 mm/yr of creep rate.
► The creep rate has been decreasing exponentially since the initial observations.
► Continued creep rate more than 60 years following the last major earthquake on this segment indicates that significant strain is being accumulated on the fault.